The mesmerizing, versatile Nuyorican artist Nikky Bourbon makes herself heard in her debut single, “Yippie Khayo,” a sultry Latin dance track with a co-directed video showcasing the star power of the singer, songwriter, producer, and dancer. The song releases on Friday, July 15th, 2022, with Symphonic Distribution and is available across all music/streaming platforms. 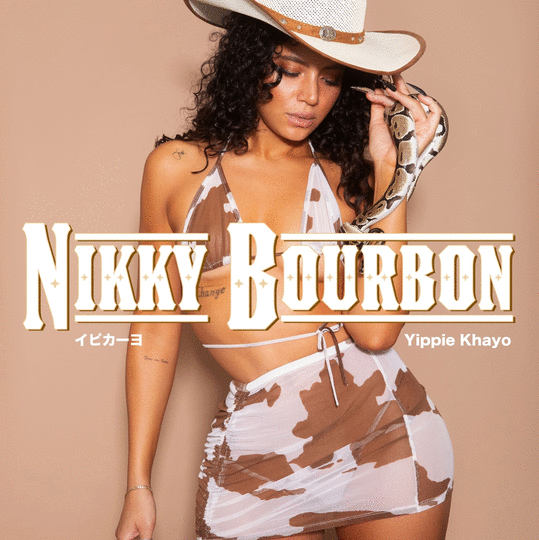 Proudly embracing her own sexuality in the empowering anthem, “Yippie Khayo” sees the multi-talented artist lighting up the screen with trend-setting fashion and dance styles that embody her Nuyorican heritage. Featuring the creative minds of Wam, OuthereVisuals, and award-winning director Roxana Baldovin (known for work with Doja Cat and Akon), Nikky Bourbon’s grand entrance to the Latin charts is off to a blazing-hot start.

The song holds an even deeper meaning now, as it is one of the last singles written by the late producer Xtassy of the Dominican duo A&X. Xtassy played a key role in the creation of “Yippie Khayo,” and Nikky Bourbon honors his legacy and contributions to the song with a touching tribute; the end of the video features personal clips from Bourbon of studio behind-the-scenes moments with the pair. So to release this single, it only felt right for Nikky to dedicate the track to Xtassy to commemorate his legacy and life.

The mesmerizing, versatile Latinx singer-songwriter Nikky Bourbon is set to make her grand debut as a solo artist. The Nuyorican artist spent years establishing herself behind the scenes in the industry through collaborations with award-winning artists such as Kat Dahlia, Salaam Remi, Justina Valentine, Kevin Gates, IV Jay, and more in the US and Latin markets. With upcoming features from hit artists like Shaggy, and multi-platinum producers Maffio, the late Xtassy, Shy Boogs, and Freddy Styles, Nikky Bourbon is revving up to be nothing short of an iconic in the bicultural market at the genesis of her career. Nikky has also penned syncs for popular networks showcasing her work on Freeform’s Grown-ish, Hulu’s How I Met Your Father, and the Disney+ Original Cheaper By The Dozen.

With her music, Nikky Bourbon is keen on bridging the Latinx and English communities by generating cultural awareness with Puerto Rican roots and creating conversations. She expresses her LGBTQ+ identity, women’s issues, and the POC experience using her art. Her highly anticipated debut single “Yippie Khayo” with Symphonic Distribution awaits peering eyes as she’s already garnered support from mega-industry heavyweights. With her industry expertise, Nikky Bourbon is undoubtedly on a highway to stardom, impacting the world with her message and voice.