O’Ryan, the brother of Omarion and the father of Jhene Aiko’s child, became the subject of controversy after another nude leak dominated timelines this week. While we don’t hear much about the app these days, people are still earning a living by showcasing their goods. OnlyFans was wildly popular in 2020 when it saw itself as the go-to place for both celebs and sex workers.

Some musicians find it more lucrative than playing music because many stars earn six or seven figures per month. Almost as soon as Aiko and her partner Big Sean announced they were expecting their first child together, the news of the baby’s arrival was overshadowed by reports of naked pictures of O’Ryan appearing on social media.

O’Ryan had a personal OnlyFans account, and like many other content producers, he discovered that his tweets were being leaked to other social media sites. He became a trending topic and the target of complaints after a video of him in the buff went viral. He went back to explain that it wasn’t his fault that the pictures went viral.

“If you don’t like what I’m doing or how I’m doing it DONT LOOK,” he tweeted. 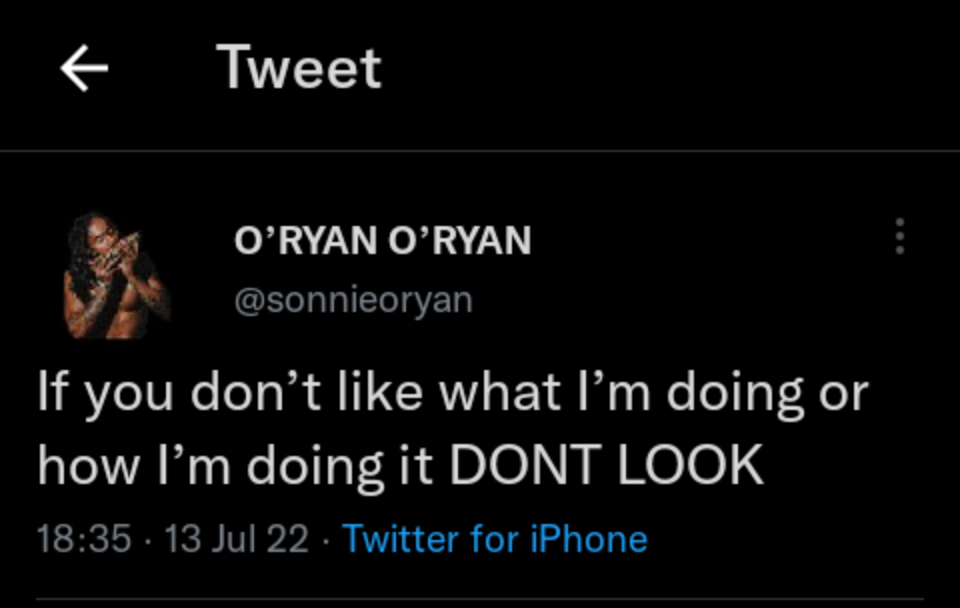 Later, a supporter informed him that they had come to “chill and support,” but issued a gentle warning not to “get too crazy.”

Tags
O'Ryan
Ikedichim Chibundu Follow on Twitter July 14, 2022Last Updated: July 14, 2022
Check Also
Close
Back to top button
Close
We use cookies on our website to give you the most relevant experience by remembering your preferences and repeat visits. By clicking “Accept”, you consent to the use of ALL the cookies. In case of sale of your personal information, you may opt out by using the link .
Cookie settingsACCEPT
Manage consent