PENTAGON’s Yeo One will be bringing his scheduled activities to a temporal halt after sustaining injuries in a car accident.

CUBE Entertainment, the K-pop idol’s agency, put out a statement earlier today, February 10, announcing that Yeo One would be absent from the group’s upcoming activities, as well as bringing fans up to speed on his condition following the incident.

“On the early morning of February 9, while returning home after wrapping up an individual scheduled activity, Yeo One suffered a car accident from the vehicle of a drunk driver,” CUBE Entertainment wrote, according to translation by Soompi.

The agency also noted that the singer visited the emergency room and got some medical attention immediately after the accident, but had also proceeded with the planned live broadcast of Idol Live School: Homecoming Day, on the day same day, owing to “a diagnosis of minor symptoms and Yeo One’s personal strong will”.

However, after the filming of the variety show, the PENTAGON member subsequently complained about the presence of a persistent back pain. “He visited the hospital, received the necessary medical measures and is currently recovering,” CUBE Entertainment added.

“The artist’s fast recovery and health are our priorities, so inevitably, Yeo One will be halting future album promotions and he has decided to focus on recovering from his injury,” the label stated. “Until Yeo One recovers from his injury, PENTAGON will temporarily continue promotions as seven members.”

Tags
Yeo One
Ikedichim Chibundu Follow on Twitter February 10, 2022Last Updated: March 31, 2022
Check Also
Close
Back to top button
Close
We use cookies on our website to give you the most relevant experience by remembering your preferences and repeat visits. By clicking “Accept”, you consent to the use of ALL the cookies. In case of sale of your personal information, you may opt out by using the link .
Cookie settingsACCEPT
Manage consent 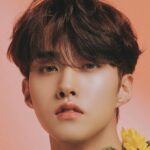 PENTAGON’s Yeo One To Take A Break From The Group, Following Incurred Injury From Car Accident