American R&B musician Jesse Powell passed away on Wednesday at the age of 51, according to a statement from his family. The singer passed away at his Los Angeles home. He was a successful singer in the 1990s thanks to the release of his self-titled debut album. The reason of death has not yet been disclosed.

His sister Tamara posted the information on Facebook, sharing it as follows: “It is with a heavy heart that we announce the passing of our beloved son, brother, and uncle Jesse Powell. The family asks for privacy at this time as we mourn this tremendous loss and celebrate his everlasting legacy. Jesse loved music and he especially loved his fans who supported him throughout his career. We want you all to know that you meant the world to him. – The Powell Family.” 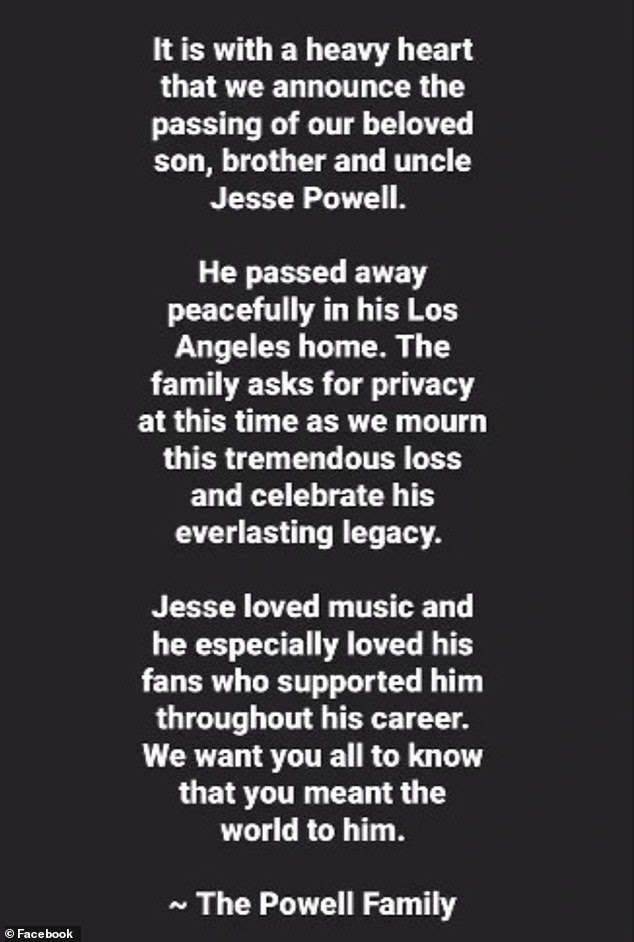 Powell, who was born and brought up in Indiana, gained popularity after his debut album and its lead hit, You, were released in 1996. The song, which Powell and producer Carl Roland co-wrote, reached number 59 on the US Billboard Chart before finding new success following a 1999 re-release. Social media users have since been paying tributes to the late Powell and his contribution to the R&B genre.

Don't Miss
Tags
Jesse Powell
Ikedichim Chibundu Follow on Twitter September 14, 2022Last Updated: September 14, 2022
Check Also
Close
Load more
Back to top button
Close
We use cookies on our website to give you the most relevant experience by remembering your preferences and repeat visits. By clicking “Accept”, you consent to the use of ALL the cookies. In case of sale of your personal information, you may opt out by using the link .
Cookie settingsACCEPT
Manage consent