Rotimi released the official deluxe edition of his debut album, All or Nothing, back in October. The enhanced edition had six extra songs and featured brand-new high-profile performances from Busta Rhymes, Ludacris, and Eliad.

The original All or Nothing album had 15 songs and featured appearances from artists such as Alpha P, Fireboy DML, Yung Bleu, Tank, and even his mother on the song “Memory Lane.” He has provided many videos, including “Weapon” with Fireboy DML, “I Do,” and “Don’t You Ever,” from the album for fans to enjoy.

The artist, who was born in New Jersey, has just released his brand-new follow-up single, “Make You Say.” The song’s package offers a Nektunez feature and a TG Omori-directed music video. In the video, Rotimi travels to Lagos, Nigeria, where he performs while parading across the city with his fans. 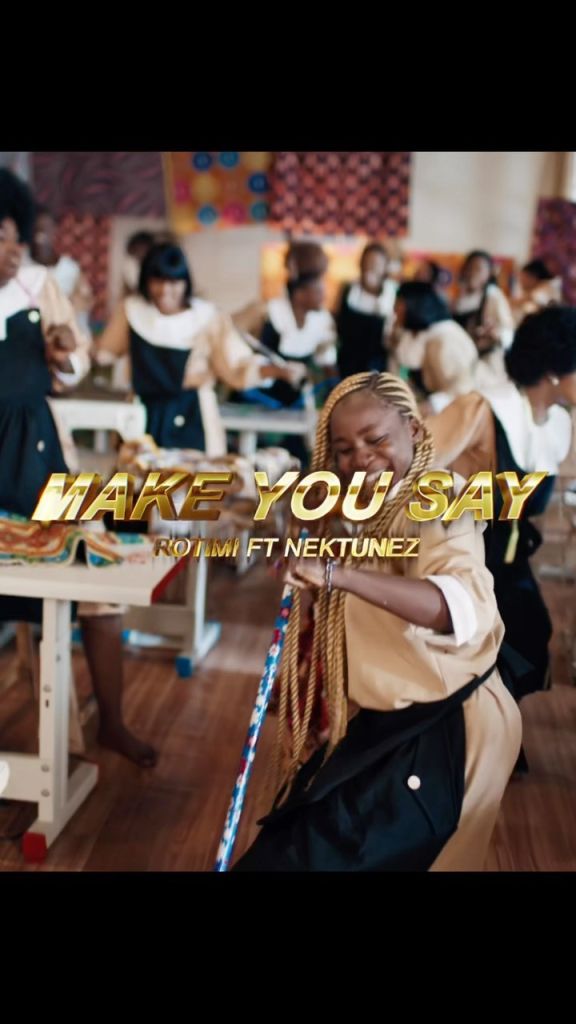 Turns out Rotimi is succeeding with his determination to pull a “Tiwa Savage” on Africa and Nigeria in particularly with the way he is quickly becoming more integrated with the African sound and culture. In a recent interview with MTV Base, he expressed love at what Asake and TG Omori have been achieving together as far as creative music videos go. This may have served as the inspiration to hire TG which was a great business choice as can be seen in the video below.

Tags
Rotimi
Ikedichim Chibundu Follow on Twitter December 8, 2022Last Updated: December 8, 2022
Back to top button
Close
We use cookies on our website to give you the most relevant experience by remembering your preferences and repeat visits. By clicking “Accept”, you consent to the use of ALL the cookies. In case of sale of your personal information, you may opt out by using the link .
Cookie settingsACCEPT
Manage consent