Savannah Ré is one of the first Canadian artists to be selected for the global #YouTubeBlack Voices Music Class of 2022. Look out for more brand-new music from Savannah in the coming weeks! 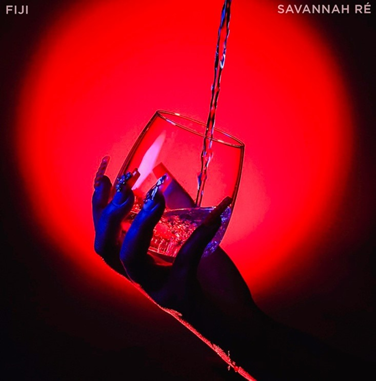 2021 JUNO Award winner of Traditional R&B/Soul Recording of the Year and three-time JUNO Award Nominee Savannah Ré has become one of R&B’s brightest new voices by making music with an unyielding intention: to craft songs that forfeit polished stories for authentic ones.

It’s this carefully refined formula for songwriting that has brought Savannah Ré under the mentorship of Grammy Award-winning producer Boi-1da and has made her the go-to collaborator for R&B’s upper echelon having written with artists like Babyface, Jessie Reyez, Normani, and Wondagurl.

Opia, Savannah Ré’s remarkable debut project, is a testament to her dedication to her craft. Acclaim for Opia has been abundant,  including FADER, BET, American Songwriter, HYPEBAE, and ELLE Canada among several others who have championed Savannah Ré over the past year.

Savannah Ré has been honoured with several accolades following the release of Opia including being nominated for the SOCAN Songwriting Prize, the Slaight Music Emerging Songwriter Award, the Polaris Music Prize and both her “Solid” and “OPIA EXPERIENCE” music videos earned nominations for the 2021 Prism Prize.

Last year, Savannah Ré became a first time JUNO Award Winner when she was awarded the Traditional R&B/Soul Recording of the Year JUNO Award, making Canadian music history a second time as the first artist to ever receive the Award and last week, she was nominated for a 2022 JUNO Award in the category once again for her song “24hrs”.

Tags
Savannah Ré
Ayodeji Ibrahim Lateef Follow on Twitter March 23, 2022Last Updated: March 31, 2022
Check Also
Close
Back to top button
Close
We use cookies on our website to give you the most relevant experience by remembering your preferences and repeat visits. By clicking “Accept”, you consent to the use of ALL the cookies. In case of sale of your personal information, you may opt out by using the link .
Cookie settingsACCEPT
Manage consent