Ellen DeGeneres, a serial home flipper, and actor Portia de Rossi are once more reaping huge profits from the real estate market. According to Dirt, the couple’s $21 million Moorish-style Montecito home was sold to none other than talent manager and record executive Scooter Braun six months ago. Braun spent $36 million on the 11,947-square-foot mansion. Braun is well known for representing A-list performers like Justin Beiber and Ariana Grande (who bought a house from DeGeneres in 2020).

The four-bedroom, five-bathroom Villa Tragara was finished in 2014 and was based on the Alhambra palace in Granada, Spain. The mansion’s terracotta roof tiles are affixed to the peach stucco front in classic Spanish fashion. The interior of the house has complex vaulted ceilings and steel Corinthian columns that add to its opulent design.

The home has a ton of opulent amenities, such as floor-to-ceiling windows, a bathroom decorated in the Turkish hammam style with an alabaster bathtub, and radiant heated floors that were imported from Europe. The expansive bedroom suites have plenty of beach views, and a guest cottage with one bedroom adjacent to it has a kitchen and living area of its own. A swimming pool, olive tree orchard, koi pond, bocce and pickleball courts, a fire pit, and a pergola with 16 seats are just a few of the opulent features the estate has outside.

Have a look at different viewpoints of the super swanky villa below. 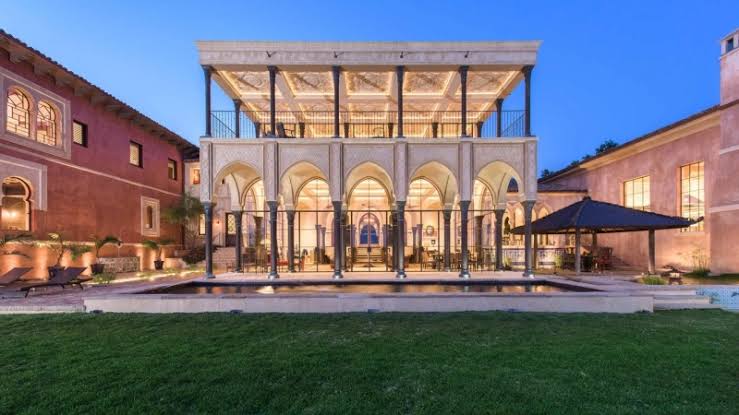 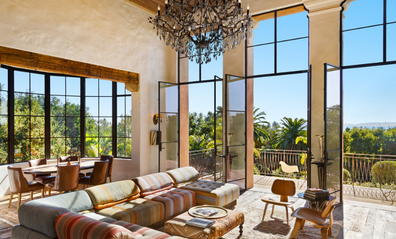 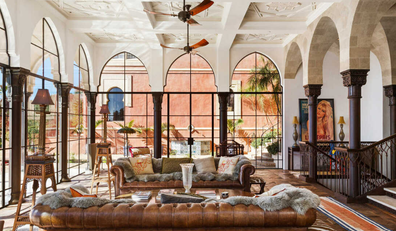 Tags
Ellen DeGeneres Scooter Braun
Ikedichim Chibundu Follow on Twitter September 7, 2022Last Updated: September 7, 2022
Check Also
Close
Load more
Back to top button
Close
We use cookies on our website to give you the most relevant experience by remembering your preferences and repeat visits. By clicking “Accept”, you consent to the use of ALL the cookies. In case of sale of your personal information, you may opt out by using the link .
Cookie settingsACCEPT
Manage consent