Multi-Talented Korean pop boyband, SEVENTEEN have today announced the dates for the North American stretch of their upcoming World Tour. Announcing via their Twitter account, the world tour of the world band is set to kick off in Seoul before moving to North America. 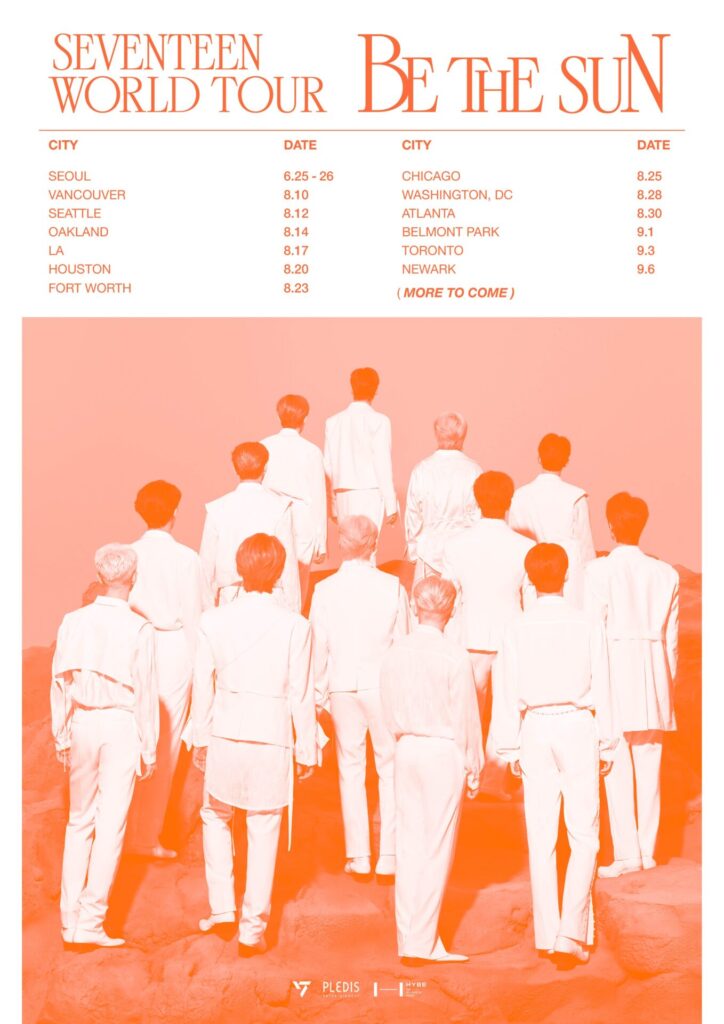 The world tour titled “Be the Sun” will kick off in South Korea’s capital city of Seol in June. Afterwards, the 13-man band will travel to North America for their headline tour across American and Canadian cities. The band is set to perform in Seattle, Los Angeles, Chicago and Houston in the US, before hosting their shows in the Canadian cities of Vancouver and Toronto.

Upon completion of the first leg of their tour, the boyband has scheduled the Asian leg of their world tour for November 2022. The Asian tour would see them perform across major cities and performance hubs across Asia, including the six dome concerts in Japan. Specific dates and venues for their Asian performances have been scheduled for a later announcement.

The tour will be kicking off right after the release of SEVENTEEN’s fourth studio album. The new album titled “Face of the Sun” is set to be released on May 27.  The group had earlier in April released their maiden English single off the album titled, Darl + ling. The song has so far communicated an intention of the boyband to create a shared tongue across the world, especially for their international fans.

Here is the complete schedule of the North American tour of the pop band.

Tags
SEEVENTEEN
Olumide JokotadeMay 17, 2022Last Updated: May 17, 2022
Check Also
Close
Back to top button
Close
We use cookies on our website to give you the most relevant experience by remembering your preferences and repeat visits. By clicking “Accept”, you consent to the use of ALL the cookies. In case of sale of your personal information, you may opt out by using the link .
Cookie settingsACCEPT
Manage consent