Shania Twain, a five-time Grammy winner, battled Lyme disease throughout her 113-date, $87 million-grossing Up! Tour after getting bitten by a tick in 2003 while horseback riding.

“My symptoms were quite scary because before I was diagnosed, I was on stage very dizzy. I was losing my balance, I was afraid I was gonna fall off the stage,” the 56-year-old Queen of Country Pop admitted in her latest rock documentary, Not Just a Girl. “I was having these very, very, very millisecond blackouts, but regularly, every minute or every 30 seconds.”

The vocal disorder dysphonia, which Shania (born Eilleen Edwards) said the chronic sickness contributed to her development, was addressed by her with numerous throat surgeries and therapy. ‘I thought I’d lost my voice forever. I thought that was it, [and] I would never, ever sing again.’

With five-time Grammy Award-winning producer Robert “Mutt” Lange, the Canadian vocalist will commemorate her son Eja D’Angelo’s 21st birthday on August 12. The 14-year marriage between Shania and the 73-year-old South African was reportedly called off in 2008 when she learned of his extramarital liaison with Marie-Anne Thiébaud, her longtime assistant and best friend.

Twain compared the dissolution of her first marriage to losing her parents at the age of 22 in a vehicle accident in 1987. 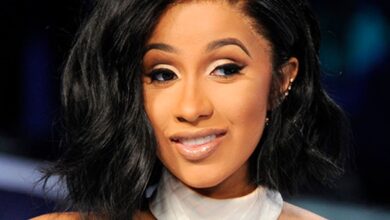