Slipknot finally confirms the identity of their newest member called Tortilla Man, who has been rocking with the band since 2019.

The band verified Tortilla Man’s identity via Instagram in a shared photo that shows the percussionist holding up a note which reads: “I AM MICHAEL PFAFF”. The Instagram post had the caption, “You’ve been warned”, also announcing an Ask Me Anything (AMA) session coming up on Reddit, all paving the way for the band’s Knotfest Roadshow tour. 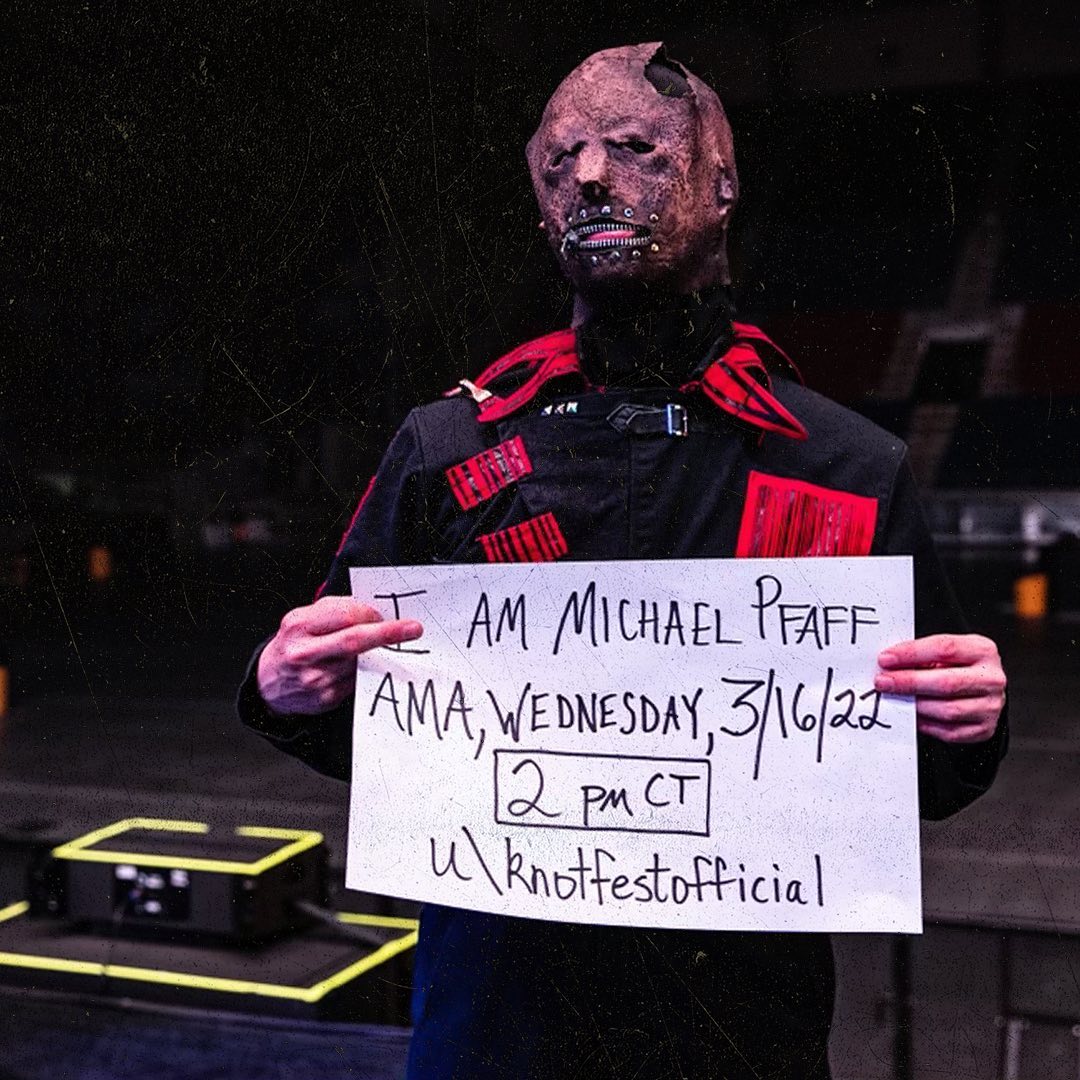 Pfaff’s name reveal comes three years after he had first become a part of the band in 2019, taking the place of longtime backing vocalist and percussionist Chris Fehn. Fehn had stuck it out with the band since 1998, but packed up and left in April 2019, after he came at the band with a lawsuit.

In the filed lawsuit, Fehn claimed not to be receiving a fair income when compared to other band mates, over the duration of his stay with Slipknot. Though back in November 2020, reports have it that the lawsuit filed against the rock band had been voluntarily discontinued.

On Reddit, Pfaff briefly touched on how he came to join the band, saying: “The short answer is I got a phone call while I was working my day job. The story is pretty epic and I hope to share it soon”.

Tags
Slipknot Tortilla Man
Ikedichim Chibundu Follow on Twitter March 17, 2022Last Updated: March 31, 2022
Check Also
Close
Back to top button
Close
We use cookies on our website to give you the most relevant experience by remembering your preferences and repeat visits. By clicking “Accept”, you consent to the use of ALL the cookies. In case of sale of your personal information, you may opt out by using the link .
Cookie settingsACCEPT
Manage consent