Following Baby Keem as the second artist to partner with pgLang, Tanna Leone is eager to make his mark: “As an artist I want to represent disrupting the status quo, push people to focus on their growth as humans, and to be a voice for the voiceless through my artistry.”Tanna Leone joins Baby Keem on the second installment of his “The Melodic Blue” Tour beginningtonight in Pittsburgh, PA.

“We’re excited to welcome Tanna Leone and pgLang to the Def Jam family as valued partners,” said Tunji Balogun, chairman and CEO, Def Jam Recordings. “I’m lucky to have been able to connect with Kendrick and Dave during the early stages of my career as friends and collaborators, and I’m thrilled to be able to extend that relationship here at Def Jam. Tanna is a dynamic and multi-talented new voice and we’re honored to be a part of his development and success.”

“Tanna is a rare opportunity to disrupt. We’re excited to partner with my young n*gga,” said Dave Free, Co-founder of pgLang.

Co-founded by Dave Free and Kendrick Lamar, pgLang is a multi-lingual company, communicating this generation’s creative language through mediums exemplifying the shared experiences that connect us all.

Listen to”With The Villains” and “Lucky” 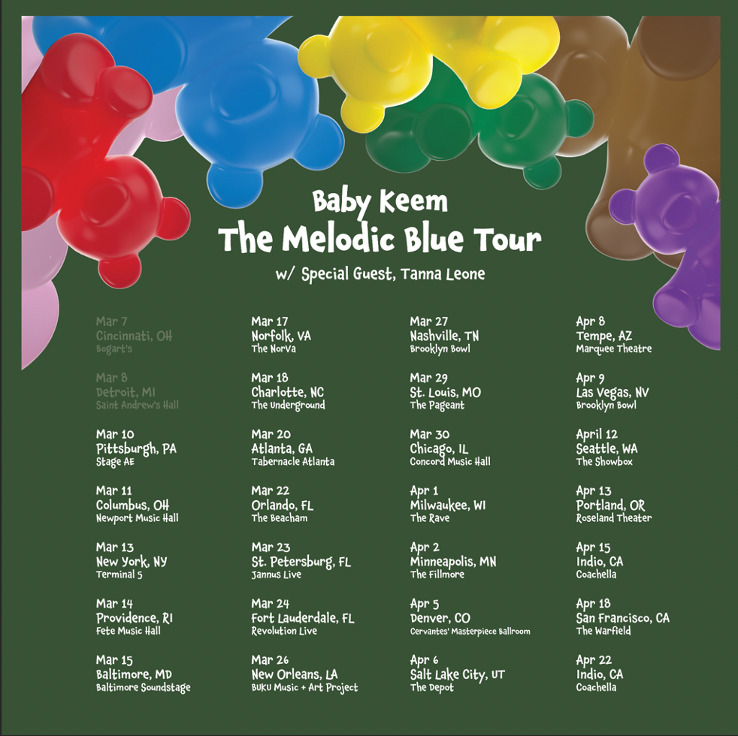 Tags
Dave Free Kendrick Lamar Tanna Leone
Ayodeji Ibrahim Lateef Follow on Twitter March 10, 2022Last Updated: March 31, 2022
Check Also
Close
Back to top button
Close
We use cookies on our website to give you the most relevant experience by remembering your preferences and repeat visits. By clicking “Accept”, you consent to the use of ALL the cookies. In case of sale of your personal information, you may opt out by using the link .
Cookie settingsACCEPT
Manage consent