Colombian-Canadian singer-songwriter and producer Tei Shi returns today with a captivating lyric video for her latest single, “GRIP.” The single served as Tei Shi’s first independent release and touched on the harrowing experience she underwent while in the middle of a strained relationship with her labels at the time. Although “GRIP” was born out of a contentious moment, the single showcases Tei Shi’s relentless and defiant spirit as she steps into her power. The striking visual directed by frequent collaborator Jonatán López depicts the literal chokehold Tei Shi was under as she was dealing with the exploitative facets of the music industry. 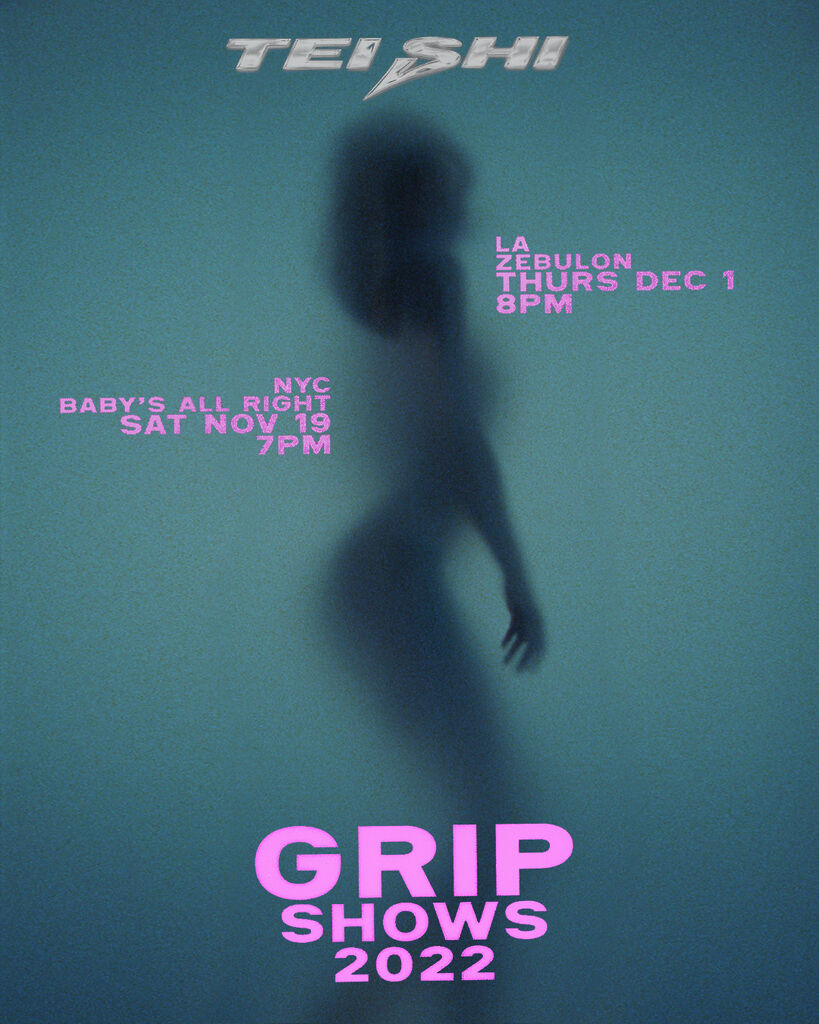 Tei Shi shares, “This video came together at the very end of a long day of shooting, with only 4 minutes of film left. It was a last-minute idea inspired by a photography book Jonatán (the director) had gravitated towards throughout the day, and with only 20 minutes left at the studio, we decided to shoot it. We did it in one take. The video reads very much like a photograph, which is something I love because it allows for a lot of emotion to come through in such a still and simple frame. It’s almost like a painting to me. I feel like it puts the song in a more classic space and brings things out of it in a way that isn’t there with just the audio. The intimacy allowed me to get out some of the emotion I’d been holding back when it comes to this song…it’s very loaded for me. I love that it came together the way it did, it was a really magical few minutes.”

Arriving alongside today’s video, Tei Shi announces two intimate live dates in New York and Los Angeles. A welcomed return for her as it’s been over two years since she’s had a headlining live performance. The first show will take place on Nov 19th at Baby’s All right and will be followed by a performance in Los Angeles at Zebulon on Dec. 1st. Tickets will be available at: https://teishi.world/?

Listen to/watch “GRIP” and stay tuned for more news to follow from Tei Shi as she prepares to unveil more music this year.

Tags
Tei Shi
Ayodeji Ibrahim Lateef Follow on Twitter September 9, 2022Last Updated: September 9, 2022
Check Also
Close
Back to top button
Close
We use cookies on our website to give you the most relevant experience by remembering your preferences and repeat visits. By clicking “Accept”, you consent to the use of ALL the cookies. In case of sale of your personal information, you may opt out by using the link .
Cookie settingsACCEPT
Manage consent