Nickelodeon star That Girl Lay Lay shows off her musical chops on the explosive new single “Do What I Want.” The 15-year-old phenom conjures earworm hooks and exudes serious attitude on the feel-good anthem, which is sure to soundtrack the summer for fans all over. The song’s irresistible energy is reflected in the dance-heavy video. 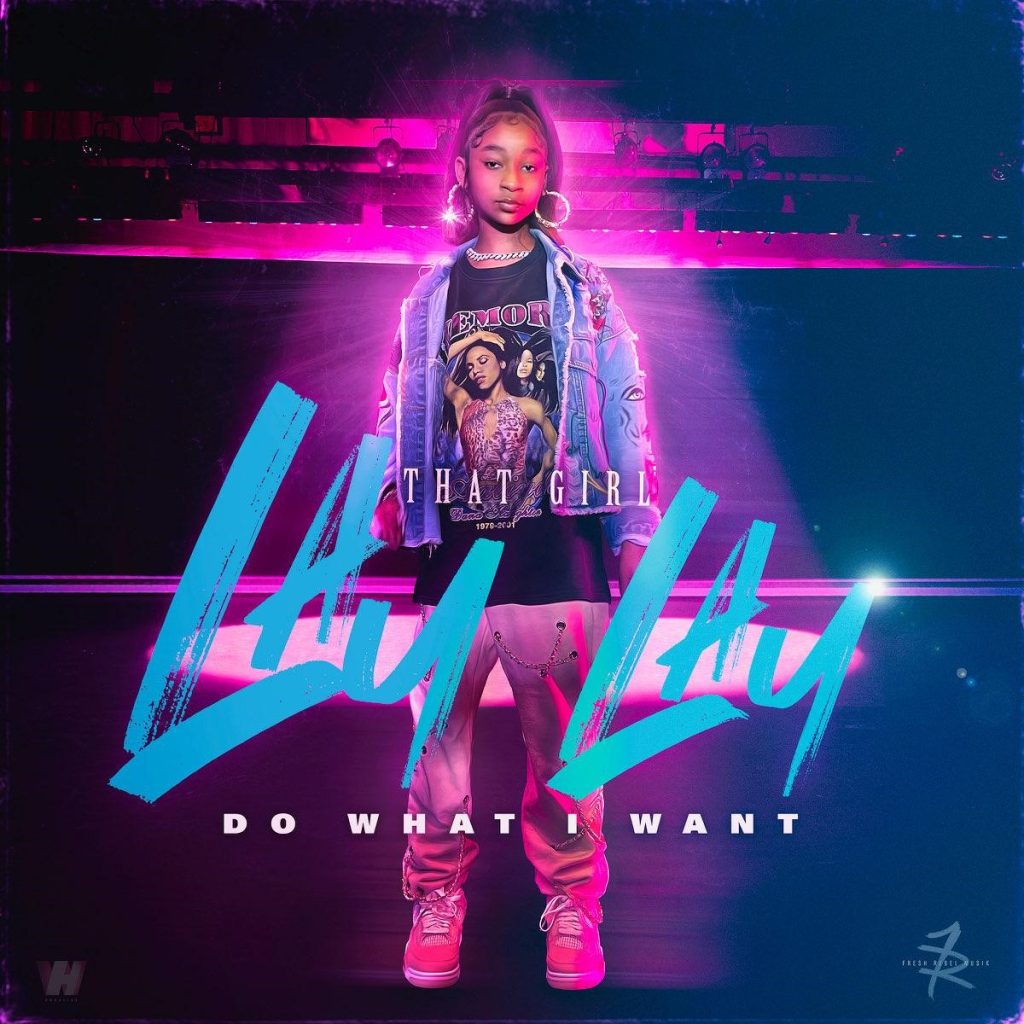 Lay Lay kicks off the bass-heavy rap track with casual swagger: “I’m about to have fun with it!” Over the next four minutes, she does just that. After a beat switch, the teen drops a chorus that will ring from school hallways for months to come: “I do what I do what I wanna do,” she sings. “Can’t make me do what you want me to / If you wanted to.” On the track, Lay Lay brings confidence and charisma that effortlessly pour out from her sing-rap delivery.  Listen here

The “Do What I Want” video finds Lay Lay — rocking an Aaliyah shirt, no less — and friends delivering a choreographed dance on a school auditorium stage before a teacher comes in and stops the fun. After being thrown out, Lay Lay and her crew take the party outside, proving that they don’t need a stage to steal the show.

It’s a thrilling time for That Girl Lay Lay, the star of Nickelodeon’s show of the same name. Season two premiered on July 14, with new episodes airing every Thursday at 7pm ET/PT on Nickelodeon. The show landed in the Netflix Top 10 with the debut season first airing on Nickelodeon in late 2021 — with premieres delivering double digit gains on Thursday nights and consistent #1 rankings in the time slot across all TV among K6-11.

A multi-faceted star, Lay Lay achieved a Top 10 Billboard hit (Dance / Electronic Digital Song Sales) for her feature on “Catchy Song” by Dillon Francis and T-Pain and is a burgeoning influencer with her own clothing line and toy line, as well as a doll in her likeness which is sold nationally in stores and online via Target and Walmart. Though she is balancing singing, acting, and fashion design, “Do What I Want” proves that when Lay Lay steps up to the mic, she’s got the focus to become one of the most exciting new voices in the game.

Tags
That Girl Lay Lay
Ayodeji Ibrahim Lateef Follow on Twitter July 22, 2022Last Updated: July 22, 2022
Back to top button
Close
We use cookies on our website to give you the most relevant experience by remembering your preferences and repeat visits. By clicking “Accept”, you consent to the use of ALL the cookies. In case of sale of your personal information, you may opt out by using the link .
Cookie settingsACCEPT
Manage consent