Diane Warren is a successful singer-songwriter who has won accolades that most artists can only hope to achieve, but it didn’t stop her from discovering something new on Twitter. The most well-known songs in the world—music by Celine Dion, Aerosmith, Mariah Carey, Xscape, TLC, Keyshia Cole, Patti LaBelle, Cher, Brandy, El DeBarge, Chaka Khan, Monica, Ginuwine, and Ciara—were produced by Warren.

Warren questioned why Beyoncé had so many writers listed on her song—24 to be exact—despite having dozens upon dozens of artists listed as collaborators and decades of experience in the business under her belt. Warren posted this on Twitter.

In her tweet, she wrote, “This isn’t meant as shade, I’m just curious,” as if she were unaware that the song she was using had been sampled. The-Dream, who not only has credits on Bey’s most recent blockbuster album Renaissance but also on several of her prior albums, responded to the question. 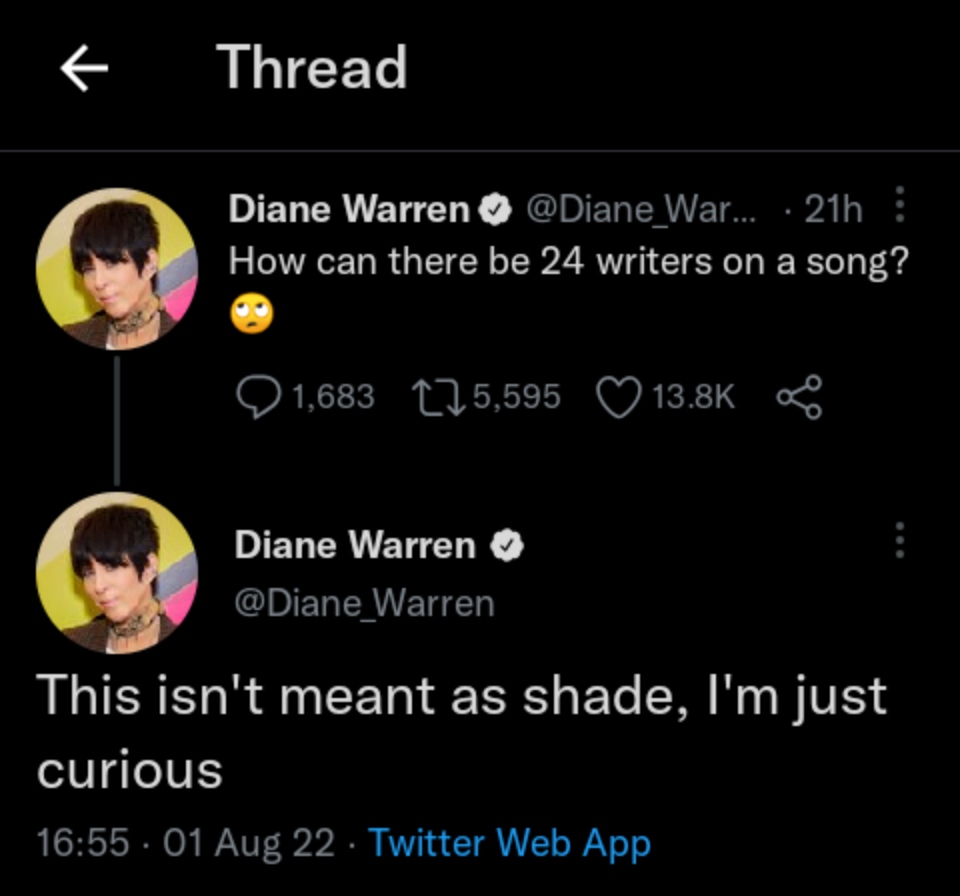 “You mean how’s does our (Black) culture have so many writers,” he said. “Well it started because we couldn’t afford certain things starting out,so we started sampling and it became an Artform, a major part of the Black Culture (hip hop) in America.Had that era not happen who knows. U good?” 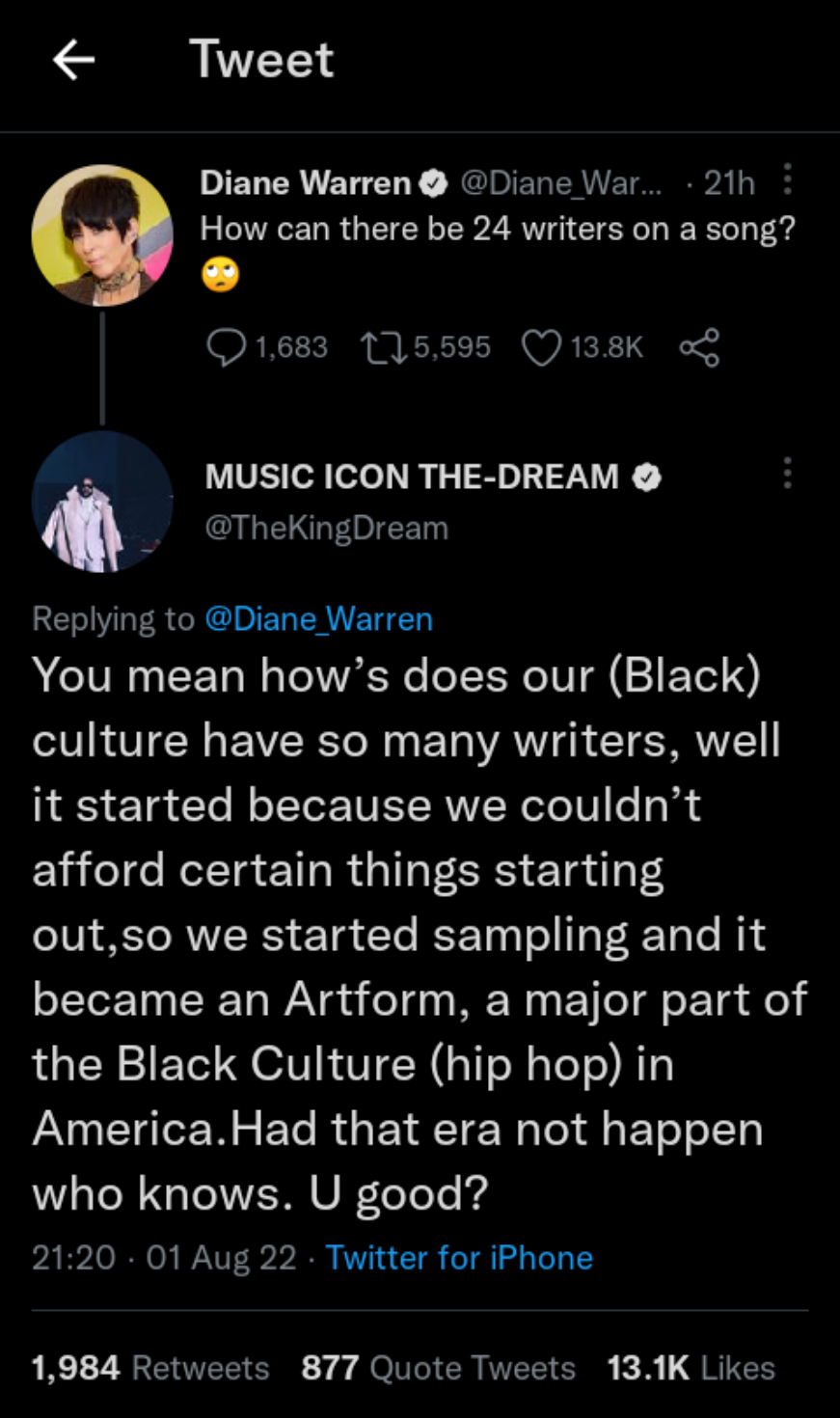