Kanye West’s Grammy performance will no longer be happening.

Variety reports that Ye was “barred” from performing at next month’s award ceremony. According to the rapper’s representative, Ye’s team, on Friday night, got a phone call informing him that he had been “unfortunately” pulled from the lineup of performers owing to his “concerning online behavior.”

Though not officially announced as a performer for award night, Ye is nominated for five Grammys this year, which includes Album of the Year, Best Rap Album, and Best Rap Song. Coming to Ye’s defence, The Game hopped on IG to drag the Grammys for their decision, claiming it had everything to do with the rapper’s controversial online comments about Trevor Noah, who is also going to host the award show.

According to The Blast, there were some concerns about how West and Noah would interact during the show. They clearly want no issues on the night of an award ceremony that huge. But in response to the report, Noah did not want to make it seem as though he wanted Ye booted from the Grammy lineup of performers. Instead it looks like he only wanted to see him get help. 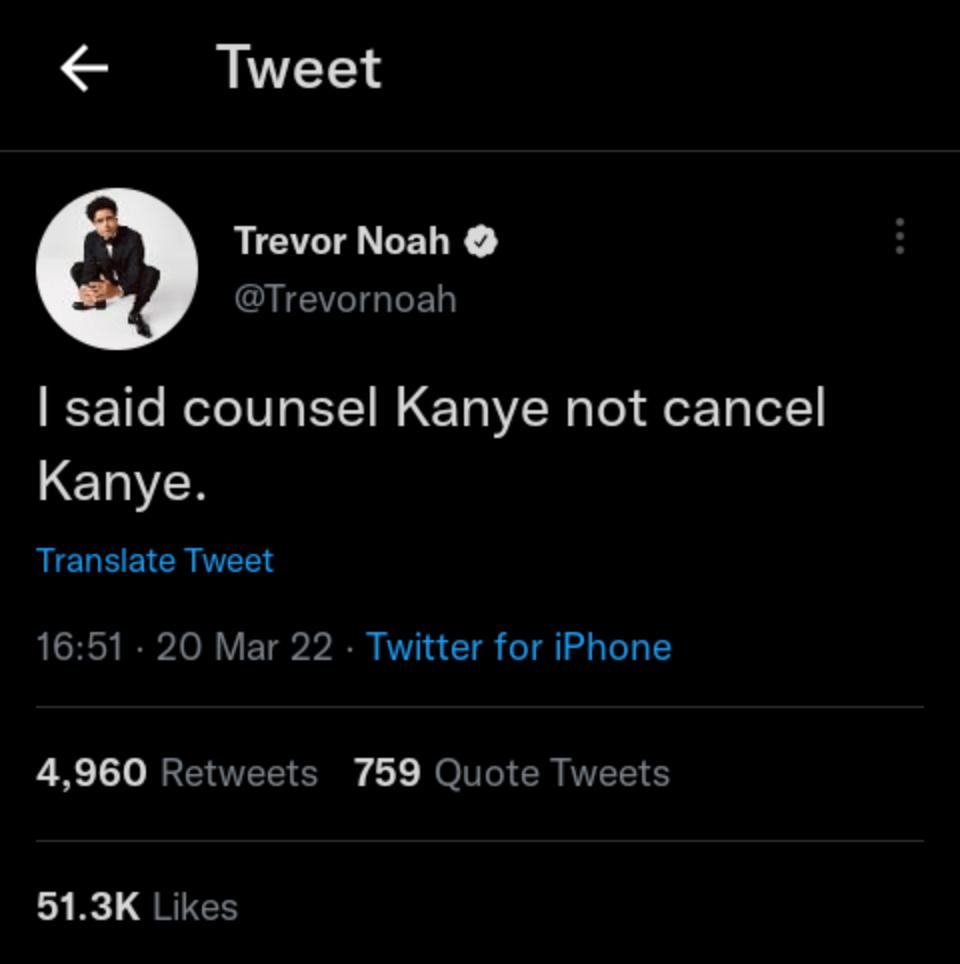