After dropping a couple of banging singles, Vince Staples has finally put out a release date for his long-awaited album, Ramona Park Stole My Heart. This rapper made it known yesterday morning that his fifth studio album would be coming out on the 8th of April, alongside the release of his new single, “ROSE STREET.”

The pre-save for the new body of work already began on streaming platforms, unveiling a 16-song tracklist for ‘Ramona Park Stole My Heart’. Prior to the new announcement, Vince had issued a statement concerning his new project, explaining that it’ll be taking root in his personal growth and maturity in relation to where he was raised. 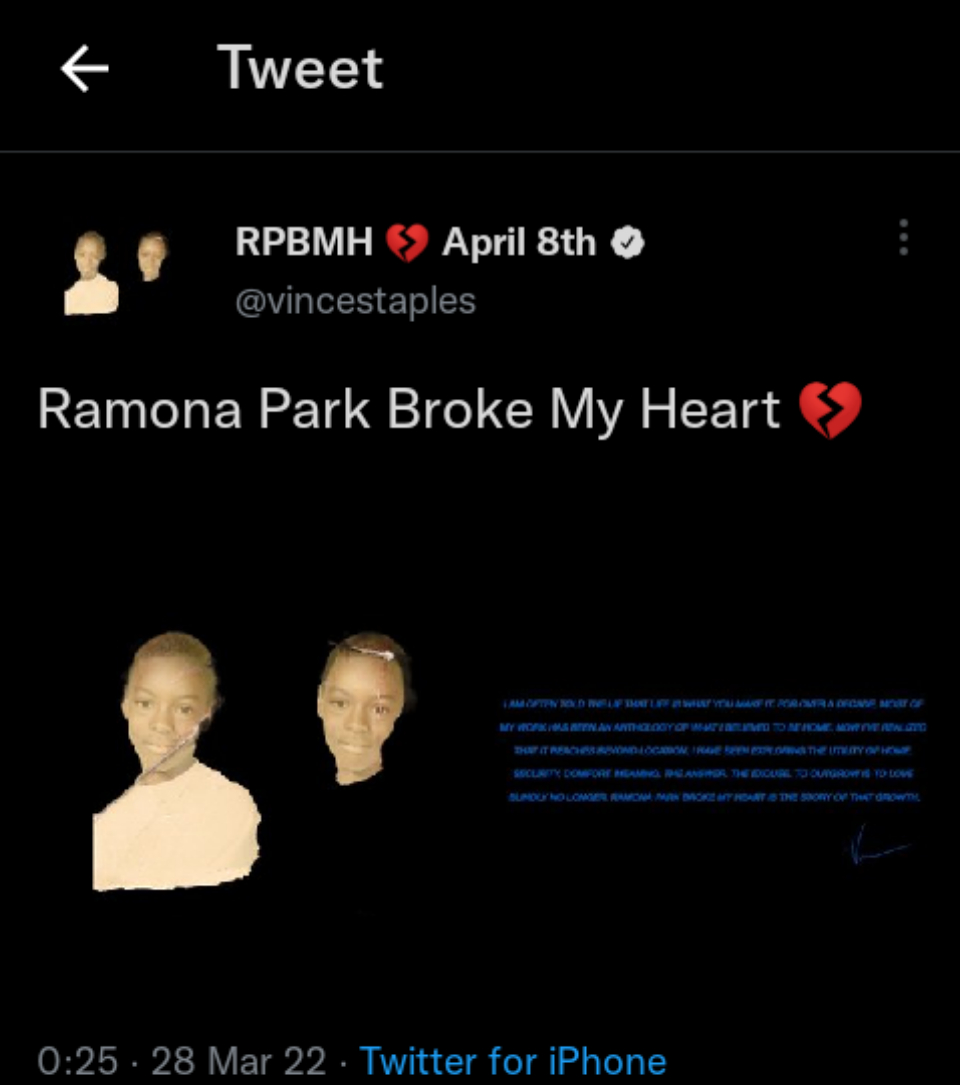 “I am often told the lie that life is what you make it. For over a decade, most of my work has been an anthology of what I believed to be home. Now, I’ve realized that it reaches beyond location. I have been exploring the utility of home. Security. Comfort. Meaning. The answer. The excuse. To outgrow is to love blindly no longer. Ramona Park Broke My Heart is the story of that growth,” the statement reads.