Westside Gunn is about to gun for the soul of the music lovers out there. He wouldn’t be using a Kalashnikov, though. The songster has promised a new body of work this Friday. So there, you have the “gun.”

In a post on his verified Instagram page, he had given fans clues about what’s coming. First, he noted he’s back in the States and cooked something with his homies. He doesn’t give a fxxk about the mix or master, though, as he’s only keen for something grimey.

Three biker emojis affirmed the message that Westside Gunn is on the way, speeding to release his project this Friday. Well, the reactions so far indicate that fans are expectant and that they would snap whatever might drop from West Side Gunn’s orbit this weekend. 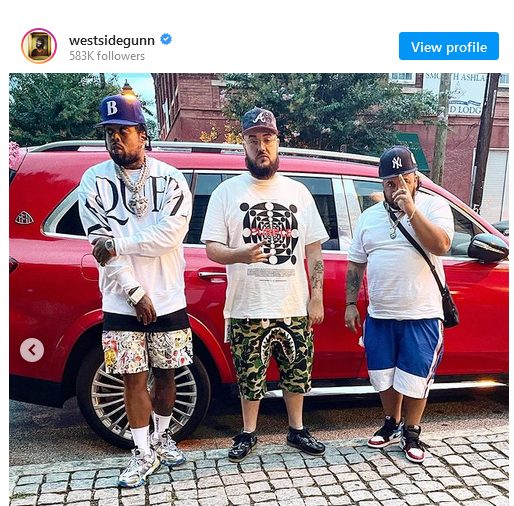 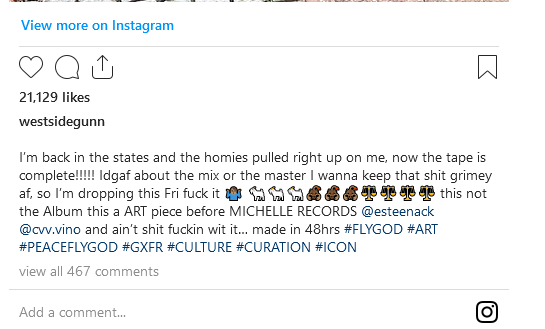 The rapper has released some charming tunes in the past, so the waves of expectancy shouldn’t be discounted. Y’all ready? Stay tuned.

Tags
Westside Gunn
John Anusie Follow on Twitter July 4, 2022Last Updated: July 4, 2022
Check Also
Close
Back to top button
Close
We use cookies on our website to give you the most relevant experience by remembering your preferences and repeat visits. By clicking “Accept”, you consent to the use of ALL the cookies. In case of sale of your personal information, you may opt out by using the link .
Cookie settingsACCEPT
Manage consent