The 2022 XXL Freshman Class has been making the rounds on the internet for the past several hours, and despite not hearing any cyphers or reading any interviews with the artists, Twitter appears to be split on the roster (as they are on many other issues).

“Just saw the XXL Freshman list, and I only know two of them n*ggas,” tweeted one user. “Yeah, I’m old as f*ck bro.” Others expressed similar feelings, admitting that they, too, were unfamiliar with any of the up-and-comers. BabyTron’s debut seems to have elicited an overwhelmingly enthusiastic response, and Santana’s inclusion (as he’s become accustomed to doing) likely raised a few heads.

Overall, there’s a strong sense of nostalgia for the cover that XXL Magazine put together in 2016 with Lil Uzi Vert, Lil Yachty, Kodak Black, Denzel Curry, G Herbo, Dave East, Lil Dicky, Anderson.Paak, Desiigner, and 21 Savage. Take a look at all of the reactions in the gallery below. 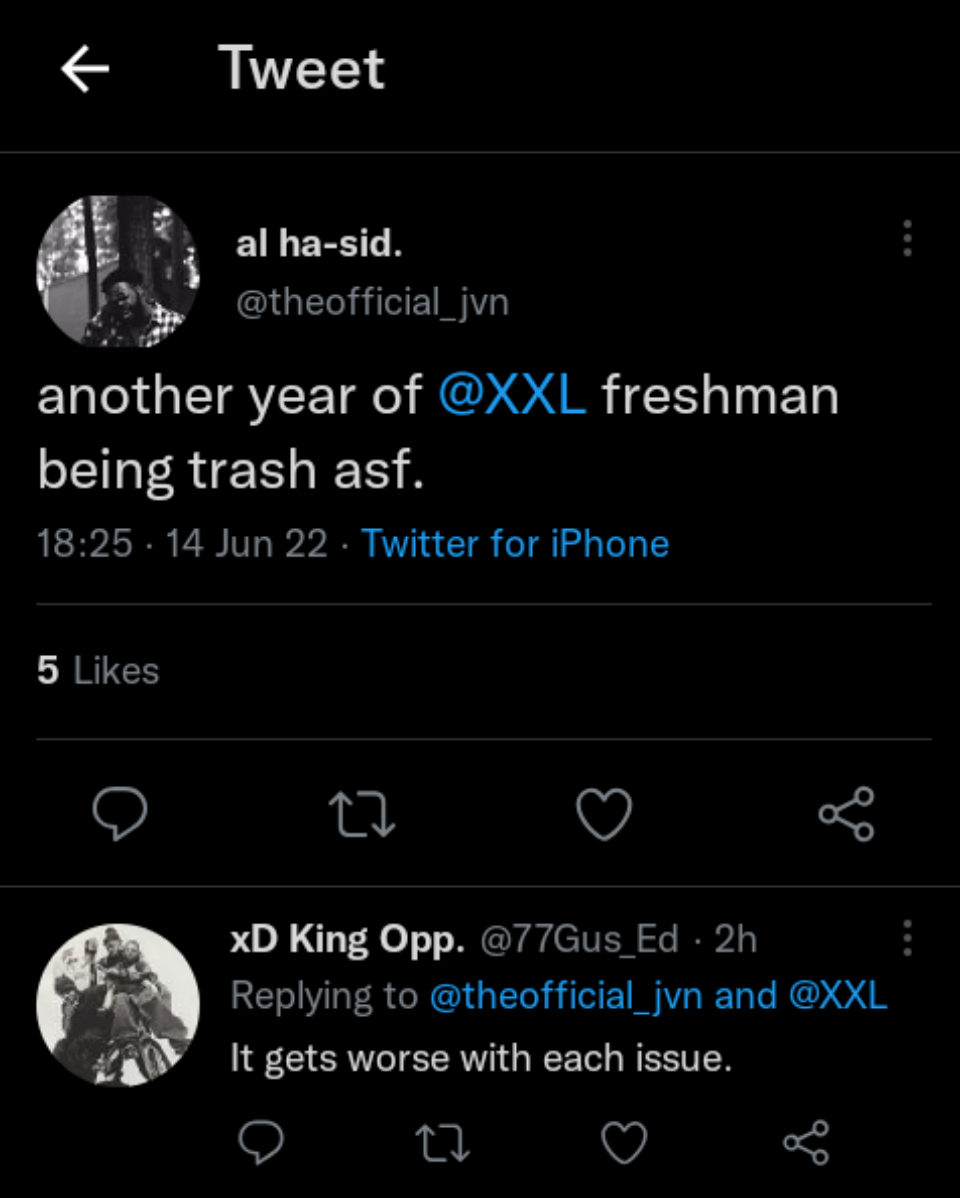 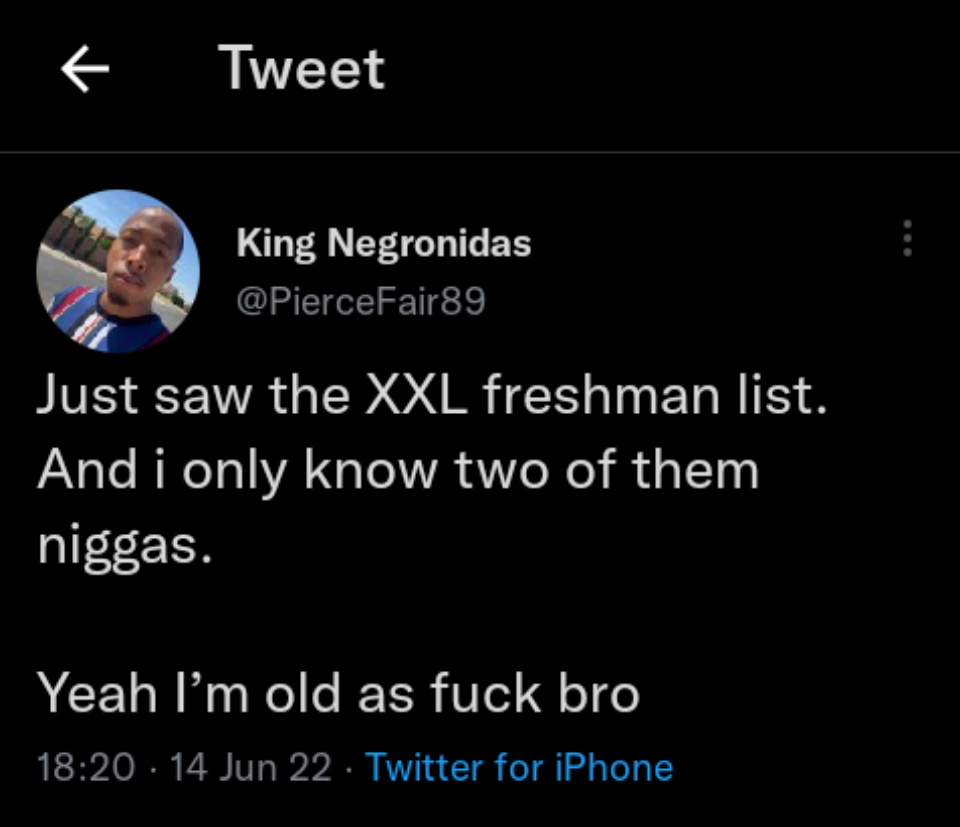 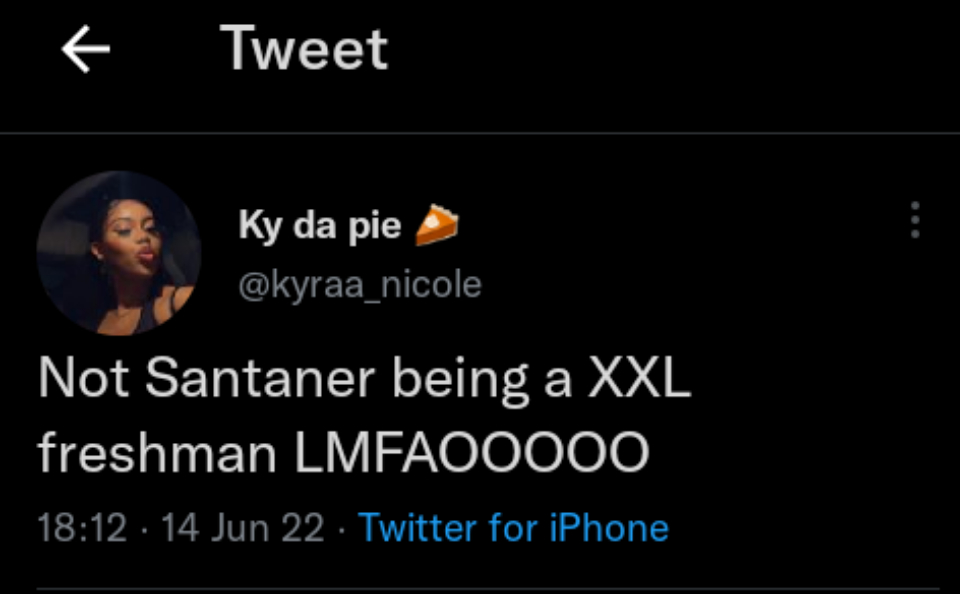