Monday morning, Drake apologized and announced the cancellation on his Instagram story. He informed the crowd that a new date would be announced “SOONEST date possible.” In his announcement, Drake also said, “… I hope everyone stays safe and healthy and I love you all I am so sorry for letting you down on our weekend together and the moment I test negative I will give you everything I got onstage (except the Covid).” 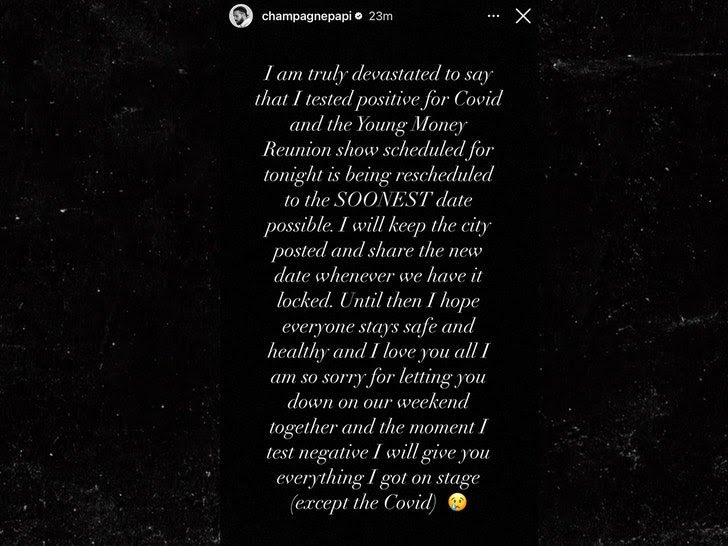 Lil Baby and singer Chris Brown performed during the October World Weekend on the first and second days of the festival, which featured a large number of Canadian musicians.

This postponement is one of many by Canadian performers that have occurred in Canada. In June, Justin Bieber had to cancel a number of concerts in Toronto due to sickness. Due to the Rogers network outage, singer The Weekend was also forced to postpone performances. Get well soon, Drizzy.