Arcus Rashford is a footballer of English provenance and is currently part of the Manchester United side. His being part of United is a quirk of fate in the sense that Man City rejected him because the club thought he was “too small.”

The rejected stone has become a cornerstone of sorts.

Rashwashworordd, who has four older siblings, grew up in Greater Manchester, where his football gift was manifest early in life. It was tough growing up because his parents split soon after little Marcus was born, leaving his mother, a cashier at the time, to take care of the family.

Young Marcus knew early enough that his calling was football. And he was dedicated enough to keep going even when things were not favourable. Today he is a famous footballer, and much loved around the world. The Man U forward has pretty good stats, a glimpse of which is below.

Marcus Rashforf loves life on the fast lane, From fast cars to cool cribs, the Manchester United forward is one for living his best life here and now.

Marcus Rashford lives in a £2.5 million home in Manchester. The home is eco-friendly and a delight to the eyes, as seen in the accompanying video. Most footballers aren’t just famous for their skills on the pitch and their love of cars. Marcus Rashford falls into the footballer category with an abiding love for cars. Among the cars, he is known to own are a Mercedes AMG G63, A Range Rover Velar and a Mercedes AMG C63. 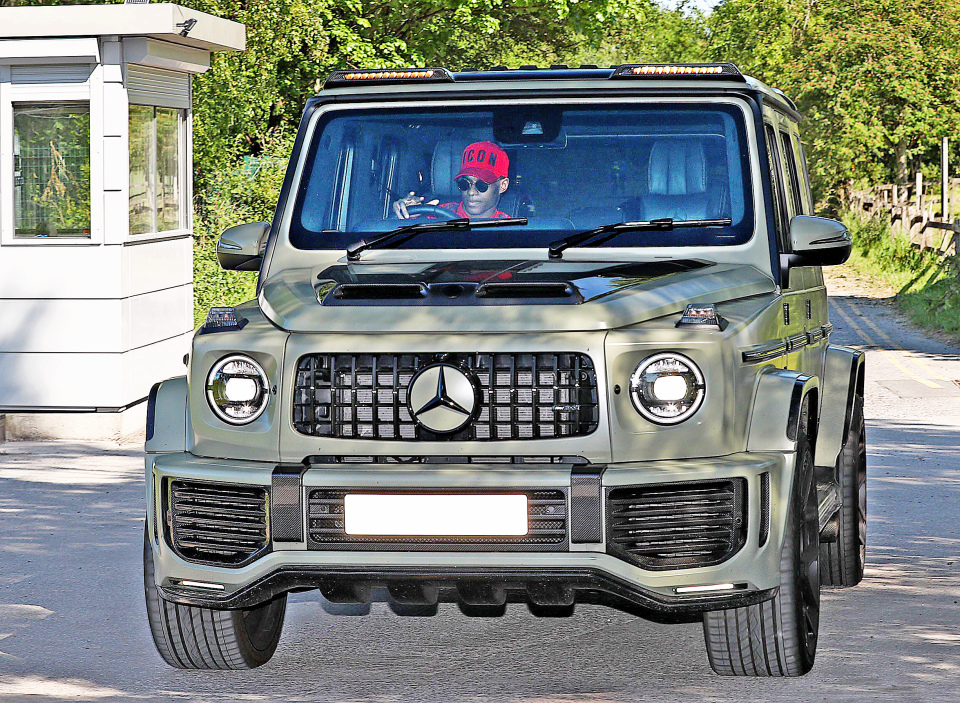 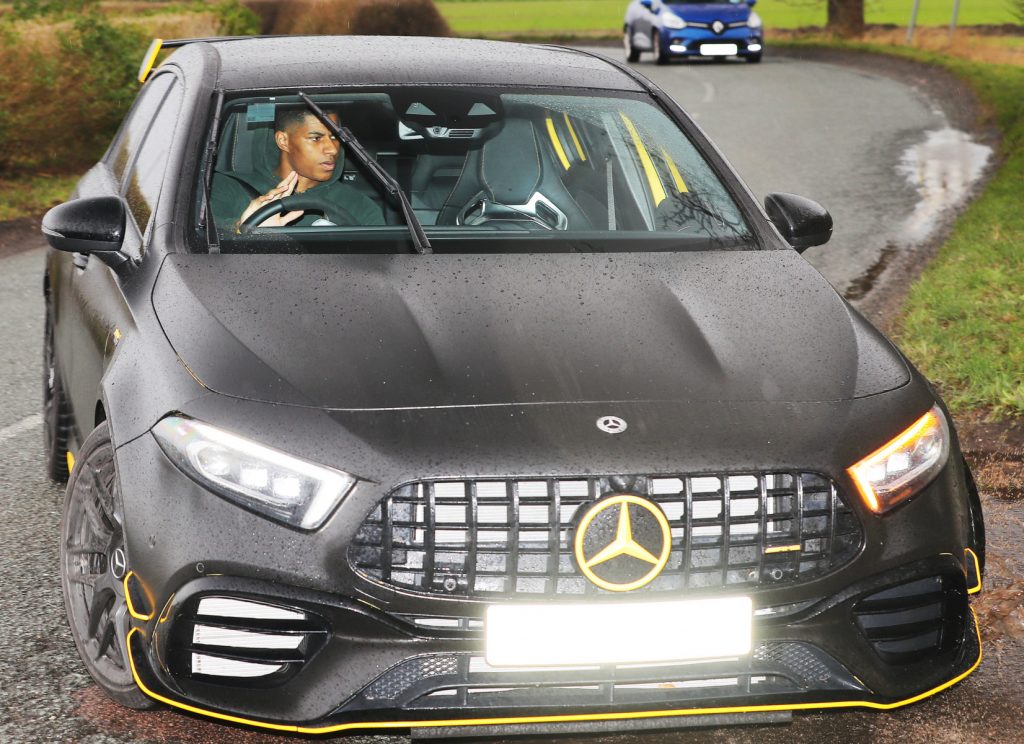 Marcus Rashford might be young, but he has already made a small fortune from football. According to several sources, his net worth stands at £45 million.

According to several sources, the footballer will earn an average salary of 10.4 million GBP in 2023.

The Forward has had a couple of partnerships all in the spirit of charity. For instance, he partnered with FreShare to ensure that vulnerable children could continue to access food from FareShare. 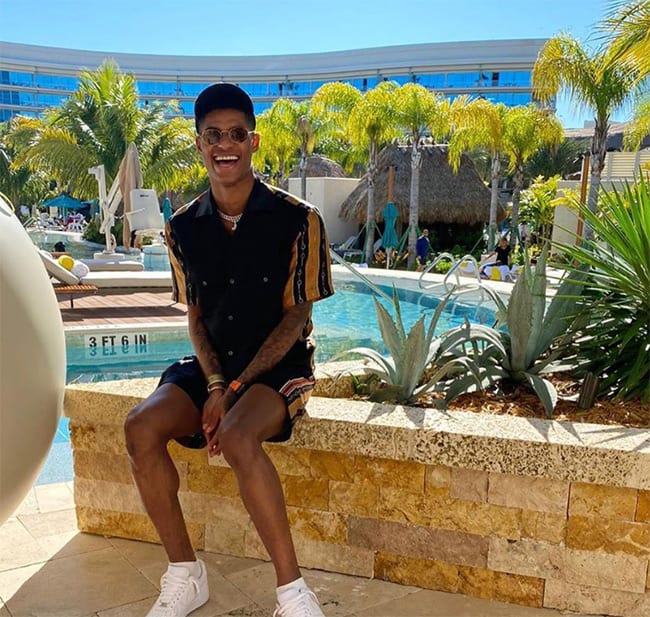 Marcus Rashford has a family of eight, including his parents, who are now separated. His family comprises his five siblings, himself, and his parents

Marcus Rashford’s parents are Robert Rashford (Father) and Melanie Maynard (Mother). His father is of Jamaica origin, while his mother is from St Kitts. They split soon after Marcus was born. Marcus Rashfors has exactly five siblings – three sisters and two brothers. Of the three sisters, one (Tamara Rashford) is a half-sister because she has a different mother. The other four, Claire and Chantelle (sisters) and Dane Rashford and Dwaine Maynard (brothers), share the same parents as Marcus.

Tamara is a beauty queen who once made it to the finals of Miss England.

Dane is a bodybuilder and Marcus’s favourite elder brother.

Chantelle is the firstborn of the family and had taken care of her younger ones when her parents split, and her mother had to be away from home working.

Born in 1986, Claire is the second oldest of the family. Before footballers become famous, no one is interested in their girlfriends. But with fame comes great public interest, not just in the player but the girlfriend. That has been the case with Marcus Rashford. The Manchester United forward (used to have) a girlfriend in Lucia Loi, an English PR executive. She studied at the  Manchester Metropolitan University.

The two have reportedly split. 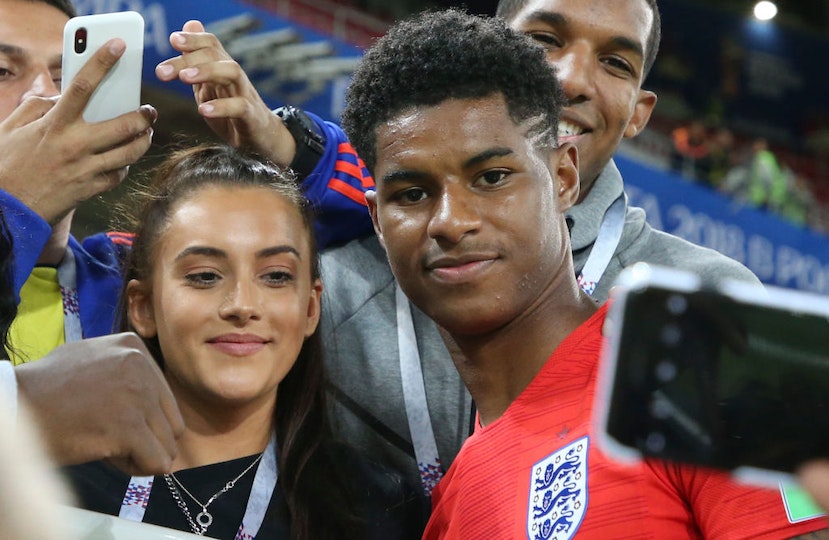 They are not English. But they can speak English, having been in England for decades.

They split when Marcus Rashford was pretty young.

Who are Marcus Rashford siblings?

Marcus Rashford has five siblings, one of whom (Tamara Rashford) is his half-sister. He shares the same father with her but a different mother.
His four other siblings are  Claire and Chantelle (sisters) and Dane Rashford and Dwaine Maynard (brothers). He’s shown how deep a bond he shares with his siblings is by having their names tattooed on his body.

How fast is Marcus Rashford?

In football, speed is an asset, and those who are pretty fast on the pitch have a good advantage over those who are not. According to FIFA data, he has an average speed of 102km/h and a max speed of 115.63km/h.

Yes. And while he can use his left foot, he is known to not be especially great with passing the ball with his left foot.

You can reach out to him via his management agency. He has provided the email to the agency, which is available in the next question, just below.

How can I get in touch with Marcus Rashford?

Marcus Rashford has made things easy for those who want to reach him. He is active on social media, especially Instagram, with 13.7 million followers. He can be reached on that platform by a direct message or a mention. But there is no assurance he would respond.
For those who want to contact him formally, he has provided a link to his management agency as well as a direct email address to get in touch with his management: info [at] dnmaysportsmgt dot com

Did Marcus Rashford play for Liverpool?

No. He has never played for Liverpool. However, he scored five times against Liverpool at the time of writing.

No. The club rejected him because they thought he was “too small.” Their loss, in retrospect.

Did Marcus Rashford go to university?

He is not a university graduate but has an honorary degree from the University of Manchester at 23n=, the youngest to be so honoured in the institution’s history.

Where do Marcus Rashford parents come from?

Marcus Rashford’s family is as diverse as can be. Whereas his father is of Jamaican descent, his mother is from St. Kitts. Fate brought them together, and the rest is history.

What do Marcus Rashford's tattoos say?

Marcus Rashford is a know tattoo lover. He has several tattoos, each with its own meaning. For instance, a scroll tattoo on his left shoulder bears the names of all his family members, as well as a tribute to his nanny.

Does Marcus Rashford have a child?

At the time of writing, the footballer had no child. However, given his MakeTheUTurn campaign, which served free school meals during the winter of lockdown, he has a deep love for children and might have his kids in the future.

Does Marcus Rashford play for England?

Is Marcus Rashford of Jamaican heritage?

On his paternal side, he is of Jamaican descent. On his maternal side, however, he is of Kittitian heritage. That is because his grandmother was born on the island of St. Kitts.

Does Marcus Rashford have a girlfriend?

Yes. At the time of writing, the footballer is known to have a girlfriend in Lucia Loi, who, incidentally, was born in Manchester.

Does Marcus Rashford have siblings?

Yes, the footballer has siblings, the number of which is given below.

How many siblings does Marcus Rashford have?

Marcus Rashford is known to have five siblings.

What degree does Marcus Rashford have?

Rashford has an honorary degree from the University of Manchester. At 23, he became the youngest recipient of that degree in the university’s history.

How many cars does Marcus Rashford have?

Marcus Rashford loves cars. It is however unclear exactly how many cars he owns. It is a common joke that the number of cars he has can be used to start a mini-car mart.

Tags
Featured Marcus Rashford
John Anusie Follow on Twitter January 23, 2023Last Updated: January 24, 2023
Back to top button
Close
We use cookies on our website to give you the most relevant experience by remembering your preferences and repeat visits. By clicking “Accept”, you consent to the use of ALL the cookies. In case of sale of your personal information, you may opt out by using the link .
Cookie settingsACCEPT
Manage consent 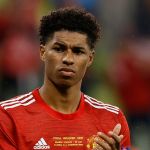