Ali Gatie returns with his thoughtful, introspective debut album “Who Hurt You?” As a whole, Who Hurt You? is the latest evidence of Ali Gatie’s status as one of the most heartfelt, diaristic writers in pop music. Being a go-to narrator for love and heartbreak, his previously-released EPs solidified his innate ability to trace the contours of every emotion, and the 17 tracks of Who Hurt You? cohesively address the ever-present question that is still being asked by many. 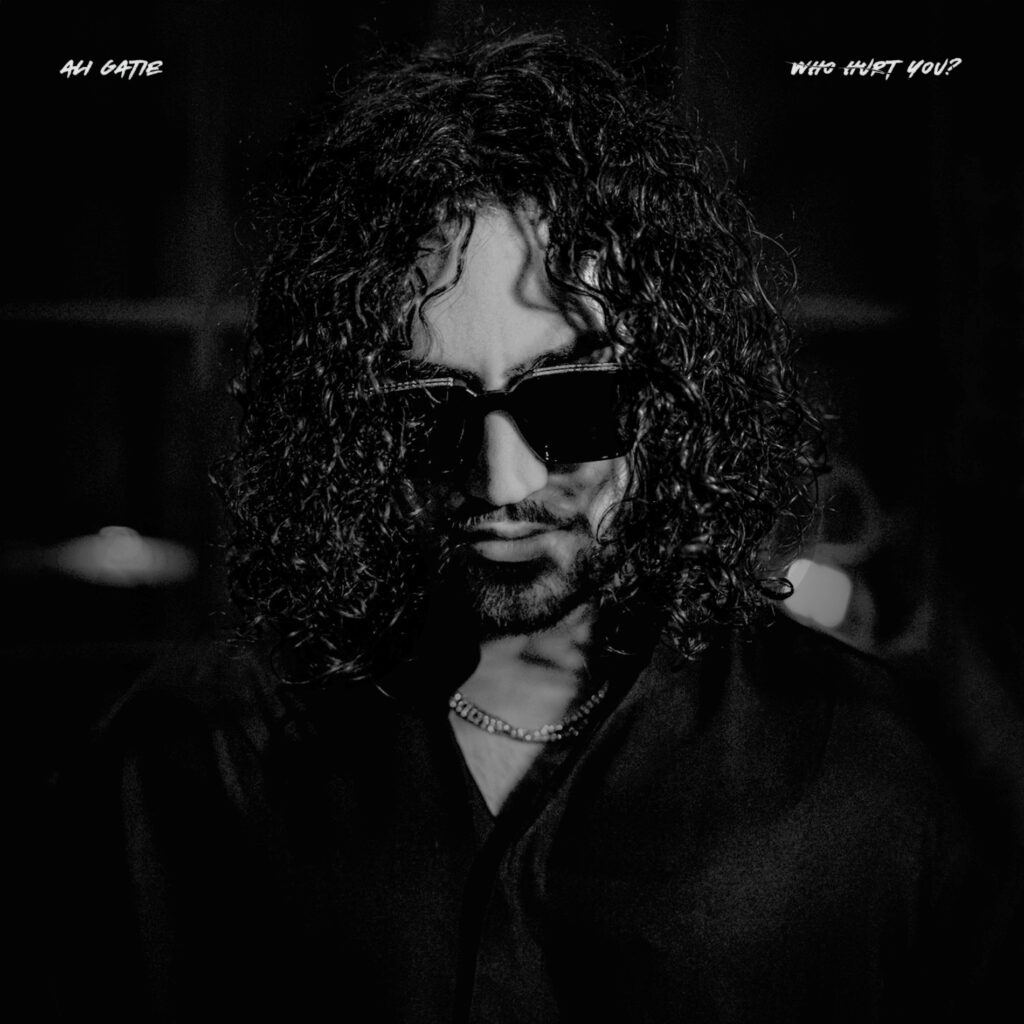 On a black and white background, Gatie is dressed in a matching black shirt with some dark shades over his eyes as he bows his head while the length of his damp-looking hair falls to cover some parts of his face. Judging from his sober demeanor, it won’t be totally out of place to move to him and ask, “Who Hurt You?”

Gatie conscripts Kehlani on the first song, “That Look,” which begins the album. Both acts find a way to be in sync and stay that way until the song rides out. They have this nice, organic chemistry as they share lines on the chorus. They both seem to just know what their lovers want by just reading the look in their eyes. No words necessary, all that needs to be done is give them that look. This is that chill, typical R&B vibe. Great tune.

On the somber “Thinkin Bout You,” Gatie shows us a vulnerable side of him, admitting his ego and how much he misses his lover and the many ways they live rent-free in his head. What’s funny, though, is that he won’t “eat his pride” to reach out to the one he misses. He hopes the reverse gets to be the case. Well, at least he was being honest. This slow jam is definitely going to hit different when you miss a person dear to you and somehow can’t seem to get them off your mind. Solid production on the track too.

Coming down to “Light My World,” he shows appreciation for his incomparable lover, expressing his feelings and letting her know that he will never do for other chicks the things he does for her. Those niceties are solely for her, he reassures her. He gets candid too and admits to not being perfect, but that he was also teachable, seeing as he was not willing to lose her due to mistakes that can be corrected. The guitar strings really helped set the mood for the romantic vibe.

On the fine, piano-assisted “Perfect,” Gatie again lets us into his mental space as he sings about the many sad, uneasy feels that accompany a break-up which many can easily relate to. “It’s harder when the end gets closer, I’m scared of letting go,” he sings in the first verse. The song shows a man at his wits end, struggling to come to terms with the harsh realities of a crumbling love life. It’s so clear how he feels from the gentle way he sings.

Gatie joins forces with Max on “Butterflies,” and they take us on a croon cruise where they inform their lovers that age and time will never ever wane their love, instead it’ll flourish more for the rest of what remains of their lives. The sweet, reassurance every woman could really use. If you’re looking to woo a lady, this might be just about the right song to play, ’cause it speaks its own unique language of love.

The popular 2019 lovers’ anthem, “Moonlight,” off his debút album, reappears to bring things to a close. He literally empties his emotions and lets his lover know how much she means to him and how willing he is to go the distance for her. Such a fitting outro for such a lovey, romantic LP.

The album finds Ali searching for love in a world that’s often painful, and making tracks for listeners who feel the same. It also introduces another side of Ali that exudes confidence and swagger while still rooted in love and connection.

Load more
Tags
Ali Gatie
Ikedichim Chibundu Follow on Twitter August 16, 2022Last Updated: August 16, 2022
Check Also
Close
Back to top button
Close
We use cookies on our website to give you the most relevant experience by remembering your preferences and repeat visits. By clicking “Accept”, you consent to the use of ALL the cookies. In case of sale of your personal information, you may opt out by using the link .
Cookie settingsACCEPT
Manage consent