If you’re desiring to spice up your Christmas playlists this year, Alicia Keys has released her debut holiday album, “Santa Baby,” which is only available on Apple Music. Alicia Keys is just now releasing a Christmas collection after 21 years in the music industry, which has been a milestone for many musicians. But for the multi-talented entertainer, the timing couldn’t be more ideal.

Keys, who spent more than 20 years being signed to major labels, is introducing herself as an independent artist by delving into timeless content. “Santa Baby,” which was recorded this summer while she was on her most recent global tour, includes seven holiday favorites as well as four new songs penned by the 15-time GRAMMY Award winner. 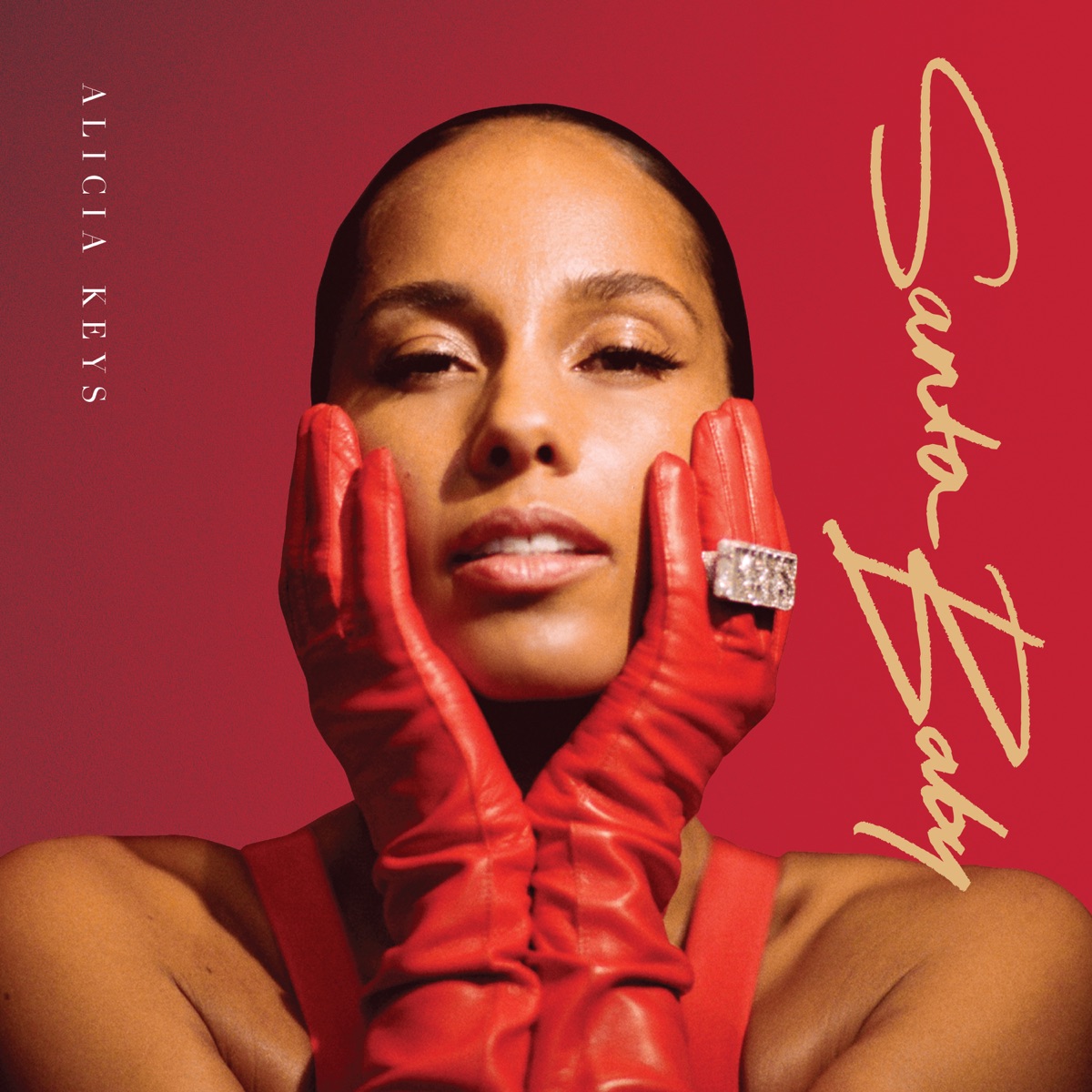 Keys, in a composed disposition, graciously holds her face with both hands that are hidden in red, leather gloves with a customized iced-out ring sitting on her right hand’s fourth finger. She also wears an equally matching outfit with the color red, blending with the background and ultimately the Christmas theme color.

The album opens with the title track, “Santa Baby.” Drumrolls begin the track and Alicia tells ‘Santa’ why she deserves her list this season. She sweetly sings to Santa as she makes her request and the Jazz-like vibe creates a nostalgic Christmas feel for the listener. The background vocals also do a good job of complementing the beat as Keys delivers sublimely. The next track “Christmas is Here,” follows the pace of the first track, giving off this chill Soul and Jazz vibe as the vocalist sings of the Christmas time, how jolly the season gets the world and how beautiful it looks. The backups join in at intervals with humming and vocalizations that perfectly suit the way Alicia sets out to deliver the song.

On the next song, Alicia tells her lover a few of her “Favorite Things.” The track features some interpolation from the popular “My Favorite Things” song from the legendary Sound of Music movie which also serves as inspiration for the song. The background vocals hum and chant while Keys whisper-sings about the things she likes and considers her favorites. The instrumentation does a great job of complementing the legendary singer with chords that are simple yet classy. “December Back 2 June,” formerly released as a single before the album, is trademark Alicia Keys. The Pop track is a suitable for the Christmas season. Alicia’s delivery is great as always and the supporting vocals and the instrumentation sweeten the listening experience. Alicia takes her listeners through a symphony of melodic tunes that give all the right Yuletide emotions.

“Old Memories On Christmas” is that R&B track that gets you in your feelings as you think back on fond memories of Christmas. Keys reminds her listeners that those memories don’t go away. The beat seems to sample Alexandre Burke’s “Hallelujah” though not completely which adds colour to the general track composition. Alicia displayed range and versatility on the track. “Ave Maria” comes in as the final track on the holiday album. Alicia sings the Latin/Spanish version of the popular “Ave Maria” that’s mostly sung during the Christmas season. The snare drumrolls, the piano and string chords alongside the amazing supporting backup, all combine to deliver a rousing end to the album.

Tags
Alicia Keys
Ikedichim Chibundu Follow on Twitter November 5, 2022Last Updated: November 5, 2022
Check Also
Close
Load more
Back to top button
Close
We use cookies on our website to give you the most relevant experience by remembering your preferences and repeat visits. By clicking “Accept”, you consent to the use of ALL the cookies. In case of sale of your personal information, you may opt out by using the link .
Cookie settingsACCEPT
Manage consent