With “Simple,” Bethel Music returns to the fundamentals. As they strive for songs with simpler chord progressions and arrangements, the speed of the songs never strays far from the balladry genre sonically. Additionally, this record has Brian and Jenn Johnson take a stronger part with the vocals as opposed to stuffing the album with vocals from major names like Matt Redman, Dante Bowe, and Chris Quilala.

The Bethel regulars like Cory Asbury, Josh Baldwin, and kalley have also left. Vocalists with somewhat more recent names like Michaela Gentile, Sydney Allen, John Wilde, and David Funk are chosen. The new LP was recorded in Redding, CA this past spring, and from how well put-together the production sounds, you can tell they took their time to reach for the best. 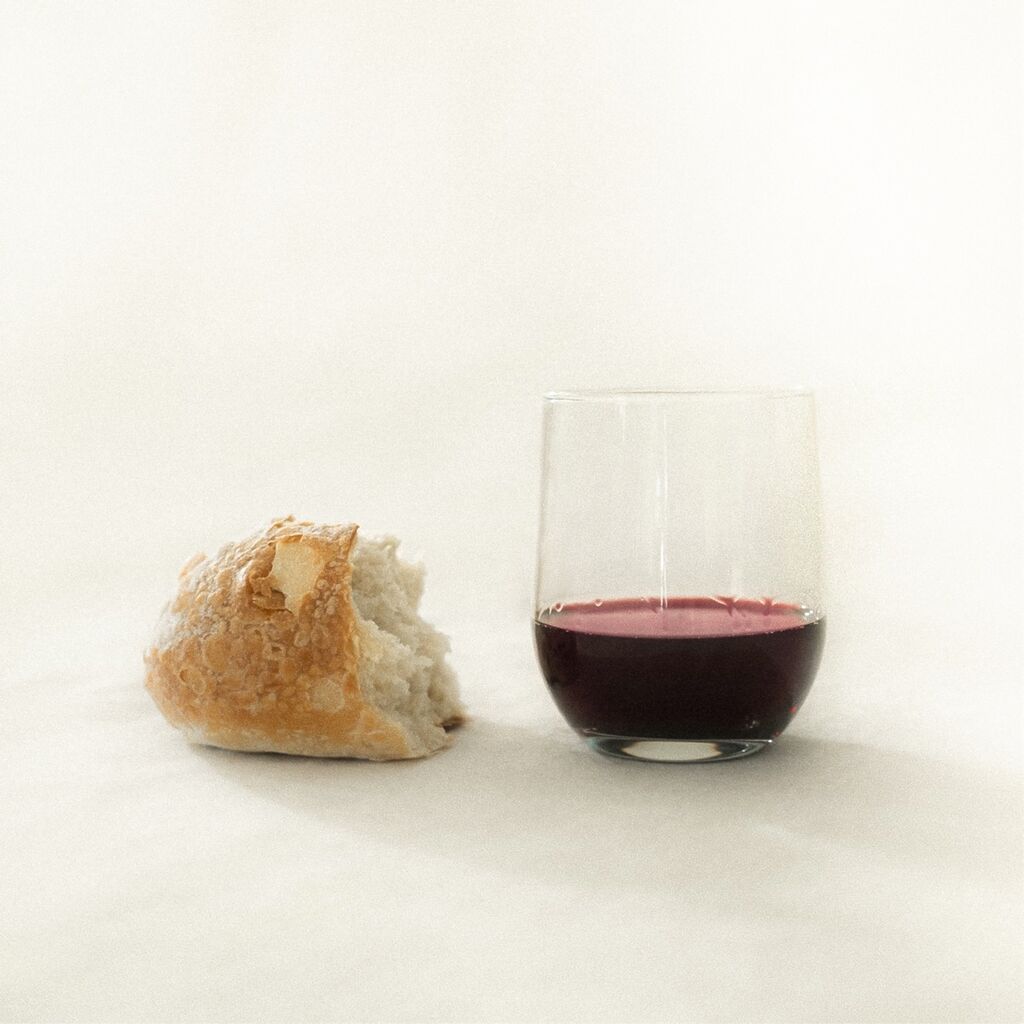 On a milk-coloured platform with a matching background of the same color, there is a glass placed side-by-side to a piece of bread. In the cup is a small quantity red liquid that, in this context, would signify the blood of Christ, while the bread would represent his body like those in the christian faith would love to believe, in relation to the biblical last supper before the crucifixion of Christ.

And since the death and resurrection of Christ is the bedrock of the christian faith, highlighting one of the major things that came before the cross and the grave through this album cover was significant and in tune with the message of the project.

The album’s lead song, “I Still Believe,” which features Brian Johnson, is merely forgettable. One anticipated more from an album’s lead single, which has a similar sound to many of Hillsong’s major ballads. Better is “Tend (featuring Jenn Johnson)”. The song has depth and potential as it offers a poetic explanation of how Jesus prunes his vines in the role of the gardener. However, can congregations sing to this in the absence of a compelling hook?

“Forever Be Praised” is without a doubt the finest song on the album. The song encourages us to center our life around the Lamb of God and features a bridge that will have you singing from the first note. The excellent song “Let My Life Be Worship” by Jenn Johnson and Michaela Gentile has worship as its theme. Honesty, by Sydney Allen, is a moving song that displays her soul. The Gospel-focused song “The Blood” features Jenn Johnson and prolific songwriter Mitch Wong. The song starts off strong, but after the chorus and bridge come in, it loses its appeal and starts to sound monotonous and repetitive.

Both “Stand in Awe” by the McClures and “Jesus My King” by the Vestnys are as intriguing as their song titles suggest. On their own, they are acceptable. However, the issue is that they share the same lyrical themes as 70% of contemporary worship songs. With “Simple,” the team has brought the Gospel back to its beginnings, and for that, they deserve praise. While singing about the timeless truths of the Bible is acceptable, worship song writers need to express these truths in fresh and engaging ways. The latter is the difficult part, and to a considerable extent, the record falls short of that goal.

These 11 brand-new songs’ lyrics reaffirm the Gospel as the central message of the church. The joy in the simplicity of life that God has given us all is reflected in the new album. Additionally, it is a reminder to take a step back and appreciate each day as it comes.

Holding things in the production department is Daniel MacKenzie.

Load more
Tags
Bethel Music
Ikedichim Chibundu Follow on Twitter September 23, 2022Last Updated: September 23, 2022
Back to top button
Close
We use cookies on our website to give you the most relevant experience by remembering your preferences and repeat visits. By clicking “Accept”, you consent to the use of ALL the cookies. In case of sale of your personal information, you may opt out by using the link .
Cookie settingsACCEPT
Manage consent