Ants From Up There

Black Country, New Road achieve a shift towards more recognizable, approachable sounds and embrace traditional song forms on the genuinely astounding compilation “Ants From Up There” without compromising a single bit of their musical brilliance or ingenuity. This is a dramatic reinvention that comes just 364 days after the band’s debut and a few days after lead vocalist Isaac Wood’s shocking departure from the group.

This one-of-a-kind album will continue to be a breathtaking collection to be cherished for years to come and a fantastic high on which to end Wood’s time at the head of the band. Future cult classic, indeed. Furthermore this project really does proves that the band’s success after their first studio album was by no means a fluke. 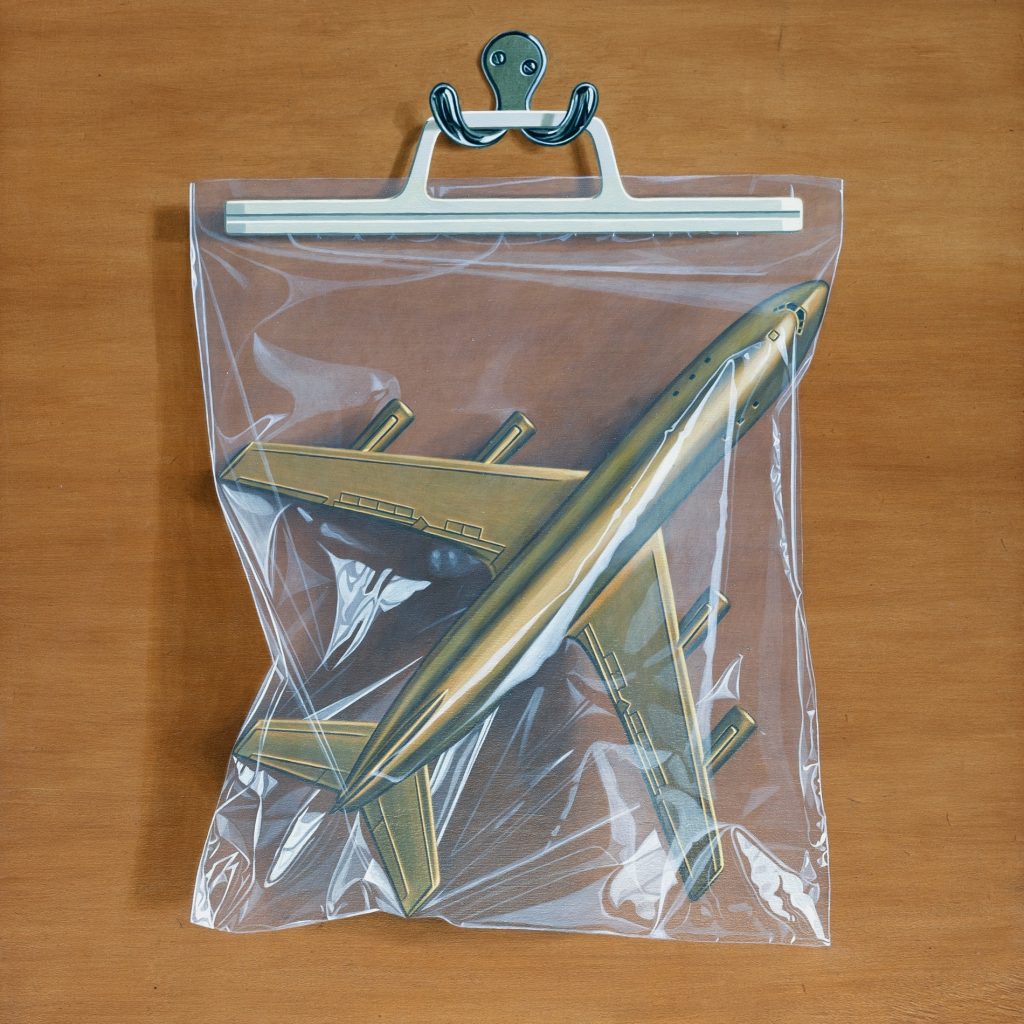 Creatively designed by artist Simon Monk, an iron, gold-plated toy aeroplane is seen trapped in a Ziploc bag, hung carefully on a silver-plated iron holder fastened on what seems to be a polished wooden surface.

Things seem to be tranquil and devoid of drama asides the presence of the trapped toy plane which might indicate a halt in movement or the showcasing of something that is about to be launched, something about to take off. And from all indications, the latter seems very fitting, as the band really took off on this project, looking down on the world and seeing everyone as Ants From Up There.

The “Intro” to the album starts out with a tornado of sax and violin but trades the ferocity of earlier tracks for a wonderful warmth until guitars and percussion crash in.

This is followed immediately by “Chaos Space Marine,” a three and a half minute song that feels more like a typical indie single than anything else I’ve ever felt like hearing from this band. It feels like the ensemble is bursting through the door and storming into a new era as it suddenly transitions into a simple joyful, thundering chorus saturated with the communal strength of, yep, Arcade Fire.

Other standouts are “Concorde” and “Good Will Hunting,” which flow into cathartic, cacophonous conclusions, and “Mark’s Theme,” which was composed for saxophonist Lewis Evans’ uncle, is a joyful interlude that is properly led by Evans’ sax. On “Concorde”, he sounds utterly incredulous, letting his endlessly literate and wordy musings from the debut album be replaced by pure feeling.

“It’s just been a weekend, but in my mind we summer in France with our genius daughters,” he sings on ‘Good Will Hunting’, later thinking of a girl with “Billie Eilish style.” Even with all the bombast, this has a fresh closeness. He laments getting tossed out of bed by a spouse for eating toast between the sheets in “Bread Song.”

Through the anthemic ‘The Place Where He Inserted The Blade’ and slow-building ‘Snow Globe’, all roads here lead to mammoth closer ‘Basketball Shoes’, a track Black Country, New Road have had in their pockets since 2019.

Across 12 astonishing minutes, it sweeps majestically through verse after verse, stopping for delicate instrumental breaks and incorporating a raging two-minute emo song halfway through. An outro befitting of an album as grand in scale as this is then duly rolled out, with guitars, saxophones, violins and Wood’s voice rising like a hurricane.

Tainted perhaps by nostalgia and sadness, Ants From Up There showcases the bands characteristic eclectic charm but in turn evidences a new kind of effortlessness and maturity, embodying imagination and newness. The music may seem a bit weird and dark but should not be overlooked as it seeps infinite interest and vigour, refreshing the palette.