On Friday, August 5, Calvin Harris blessed fans with his sixth studio album. The Scottish DJ and producer went all out with this one. He worked with music’s most prominent artists and crafted a blissful project complimented by their vocals.

The “Funk Wav Bounces Vol. 2” Album was released via Columbia Records and is the sequel to his previous album “Funky Wav Bounces Vol. 1,” released in 2017. It marked the Scottish star’s first album in five years. It also includes 20 guest contributors all across various genres. The album has generally received favourable reviews from media outlets. For Rolling Stone, Maura Johnston wrote that Calvin is not “reinventing the dance-pop wheel with Funk Wav Bounces Vol. 2— the title alone shows that. But it’s a fine wind-down album, one that can be put on shuffle at the end of a long-summer-night bacchanal”. 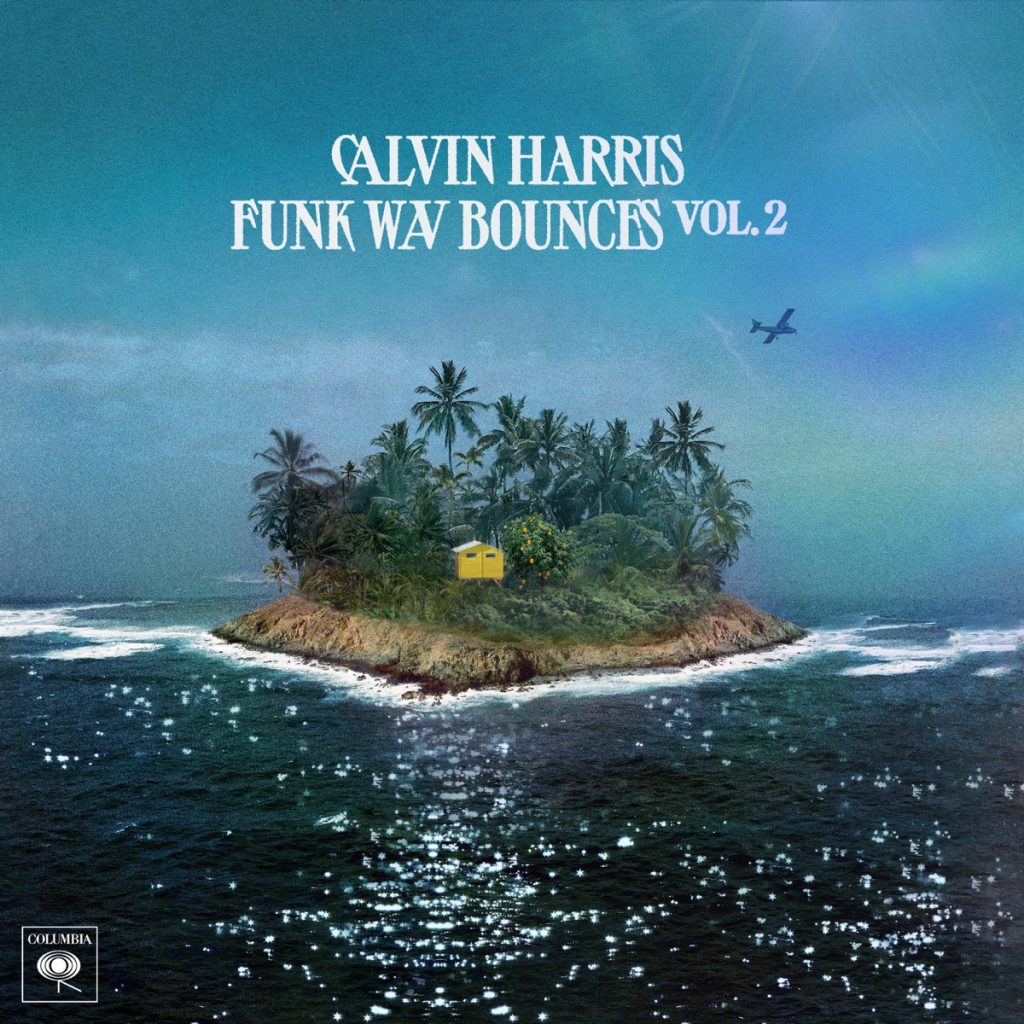 Seeing the title “Funk Wav Bounces Vol. 2” would bring a lot of pictures to your head. However, Harris wants one shot to stick. That’s the photo of an island. That could be the idea he had when working on the project. You know, create music that you can listen to while vibing on (or pretending to) an island. The cover art features a photo of an island in the middle of the ocean. Oh, there’s also a small plane and rainbow across the sky.

Calvin Harris has also been a fan of collaborating with artists. That’s the beauty of being a DJ and a producer. You get to work with artists who bring your vision to life. The guest contributors on “Funk Wav Bounces Vol. 2” include Snoop Dogg, Young Thug, Pharrell Williams, Normani, Dua Lipa, Busta Rhymes, Justin Timberlake, Chloe Bailey, 21 Savage, Latto, Charlie Puth, Tinashe, Swae Lee, Stefflon Don, Offset, 6Lack, Pusha T, Donae’o, Halsey, Lil Durk, Shenseea, and Jorja Smith. Each artist brings a different feel to the songs, but they all maintain the laid-back vibe of the album.

An article by Billboard lists the five standout tracks on Harris’ new “Funk Wav Bounces Vol. 2” album. We agree with them. The list includes the songs “Stay With Me” featuring Justin Timberlake, Halsey & Pharrell Williams, “Somebody Else” with Jorja Smith & Lil Durk, “Day One” with Pharrell & Pusha T, “Ready Or Not” with Busta Rhymes, and “Obsessed” with Charlie Puth & Shenseea. Other songs that have gotten the thumbs-up sign from fans include “Potion” with Dua Lipa & Young Thug and “New To You” with Normani, Tinashe & Offset.

One thing to know about Calvin Harris is that he can pull off the production of an entire album all by himself. He worked alone on the new “Funk Wav Bounces Vol. 2” album. BURNS as a co-producer of just one track. Harris remains one of many DJs who have crafted their career into what they want it to be. The artists featured on the album brought fantastic vocals. From A-Z, every one of them delivered. Snoop remained cool and chill, and Busta rapped new energy into our spirits.

We must say Calvin Harris releasing the album now was perfect timing. The Scottish star brought some of that Summer power he is known for with the album. Imagine being out on a beach, with the sun on your skin and music playing; that’s how we felt listening to the album. He also remained one of the best DJs for collaborating with different artists. Calvin harnessed each artist’s uniqueness and blended it with his sound. “Ready Or Not” with Busta Rhymes is the perfect song to describe this. Busta remained the hype king he is, blending into Harris’ sound.

Load more
Tags
Calvin Harris
John Ogba-Ifeakanwa Follow on Twitter August 7, 2022Last Updated: August 7, 2022
Check Also
Close
Back to top button
Close
We use cookies on our website to give you the most relevant experience by remembering your preferences and repeat visits. By clicking “Accept”, you consent to the use of ALL the cookies. In case of sale of your personal information, you may opt out by using the link .
Cookie settingsACCEPT
Manage consent