We would all agree that we waited a long time for Chat Pile’s debut studio album. Of course, fans were thrilled to get it finally. Originating in Oklahoma City, the Sledge Metal band made its debut on the scene in 2019, comprising members Raygun Busch (vocals), Luther Manhole (guitar), Stin (bass), and Cap’n Ron (drums).

Their debut album was preceded by the release of the EP “Roots Bloody Roots” in July 2021. Exactly a year later, they released their debut album “God’s Country” to universal acclaim. The project was released via Flasher Records and named “Best New Album” by Pitchfork. Now, that’s huge.

The band put up quite a fight going against Beyoncé’s latest project after six long years. However, metals fans are the most loyal in the music industry, so there’s no trouble. 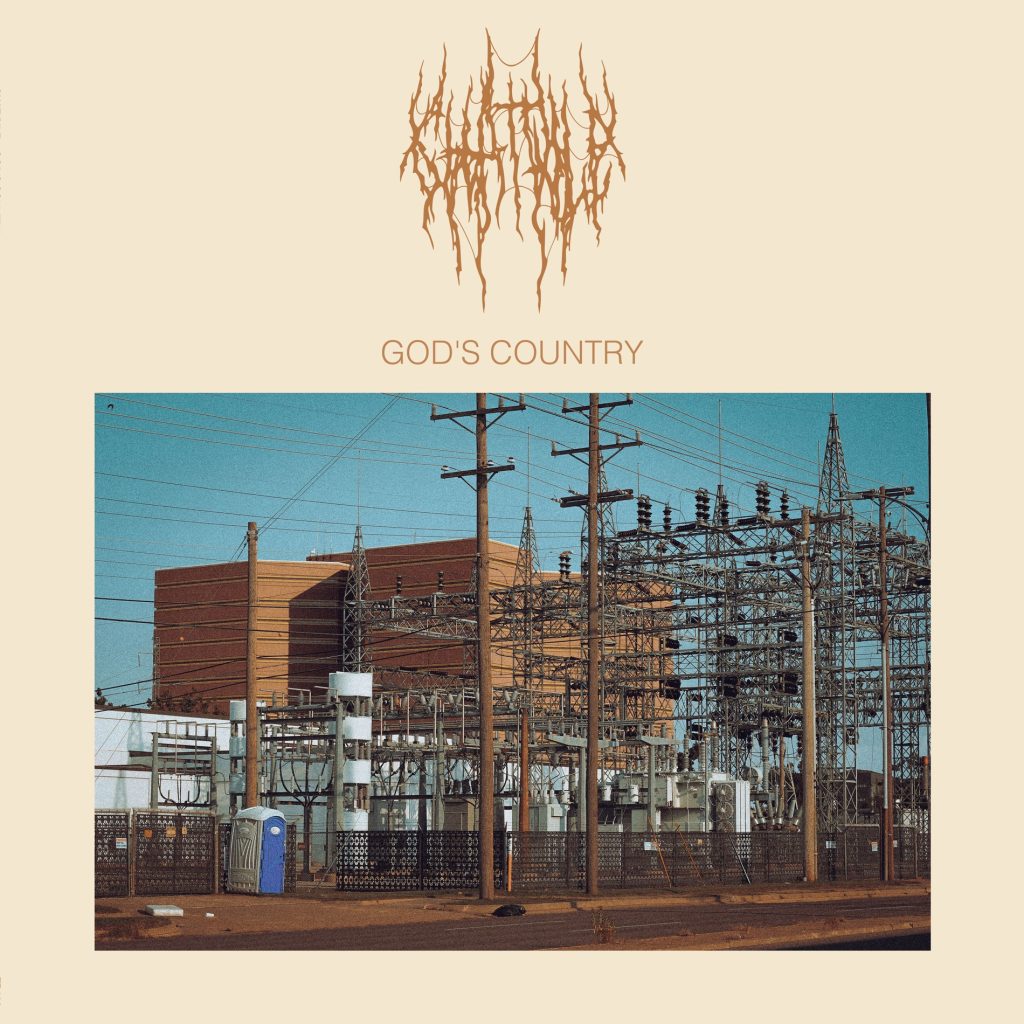 We don’t know how much thought Chat Pile put into the cover art for their debut album, but it seems perfect for the project. It features a photo of a power grid. Above the photo is their scrawny writing of their name and then the album name. It is one of the most straightforward album covers you will see today.

It is known that rock bands rarely ever include features on their albums. They prefer to do it all themselves. However, some feature vocalists from other bands contribute vocals to only a few songs. Taking the same route, Chad Pile delivered the vocals on their debut album “God’s Country” all alone. The entire nine tracks are sung by the lead singer Raygun Busch who was an absolute delight from the start till the finish. Pitchfork called Busch’s vocal delivery “unhinged yowls” and compared them to Jesus Lizard’s David Yow.

In their review of the new album, Stereogum called the project “a great album,” stating that it is “tons of fun.” It would be nice to note that there are also many highs on the record and almost no lows. The project was preceded by the release of a few singles, including “Slaughterhouse,” “Why,” and “Wicked Puppet Dance.” Some tracks on the album also stand out. They include “I Don’t Care If I Burn,” “Tropical Beaches, Inc.” and more. “Slaughterhouse” racked up some very impressive streams, but none of them have reached the same success as their previous releases, “Dallas Beltway,” “Mask,” and more.

We love how Pitchfork compared the new project to their previous ones, stating that it sounds “bigger, uglier, and scarier.” Like they did in their earlier EPs, the band handles the album’s entire production. Pitchfork noted that it “beefed up the music’s proportions, finding new depths in a mixdown that churns like a swollen river thickened with flood debris.” The guitar almost cuts through with eardrums with every sound it screams.

As stated above, Busch’s vocal delivery in the project is impressive. His voice makes you “stop and listen.” It commands all the attention from the first track down to the last. You can almost picture him screaming his lungs out and having a hell of a time doing it. Pitchfork likened his screams to “little globs of matter were detaching from the walls of his throat, gumming up the vowels as they tumbled out.”

It is evident that the band went all out with their debut album “God’s Country.” It felt like each song sounded a bit edgier than their previous releases. They also ensured we knew their stance on many issues on the project. They addressed the brutality of industrialized meat production in the single “Slaughterhouse” and pleaded for sympathy for the unhoused in the song “Why.” Stin shared that “more than anything,” the band is “trying to capture the anxiety and fear of seeing the world fall apart.”