a lighter shade of blue

The album “lighter shade of blue” is decent enough, but because of its lack of variation, it never really gets out of first gear. Although the songs on this album are stunning and the lyrics are quite meaningful, you won’t feel compelled to listen to it repeatedly. This is Perri’s first album since her peak in the early 2010s, when she perfected her formula of pop-rock power ballads. On “lighter shade of blue”, she went back to it because it worked.

The album is clearly an album that Perri needed to write and release, but it does sadly suffer from a lack of variety. The tempo barely strays from the ballad territory that Perri has built a career on so far, which unfortunately means that at times one song flows straight into the other and you may barely notice.

Although Perri is a talented artist and we wouldn’t want to diminish how she has chosen to deal with the grief that came with the loss of her stillborn daughter, but “lighter shade of blue” is a tad too mellow. 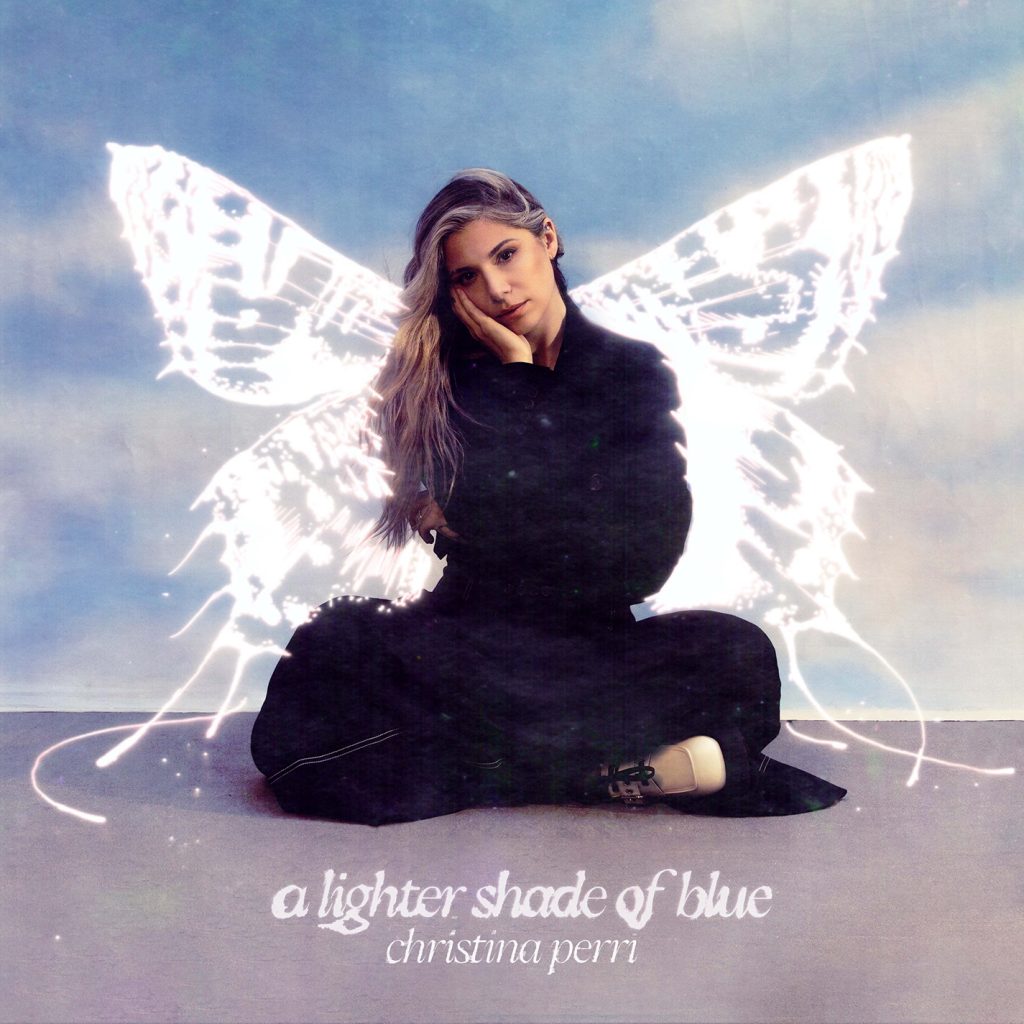 The album cover artwork finds Christina Perri dressed in an all-black attire with her legs crossed and her right hand acting as a support to her head. Underneath her seated figure is scribbled the album title and artist name which share the same white design with the edited pair of wings spread out behind her.

In this context, the black outfit is definitely not a fashion statement.  It could represent grief from losing someone dear. From her demeanor, it is obvious she is all blue, but in this case, Perri makes an attempt to show us a lighter shade of it.

Perri struggles to keep everything together in the album’s opening tune, “surrender.” The soft piano-led ballad gives you a decent idea of what to expect from the album. Perri takes the audience inside her pain and the journey she’s gone on since losing her baby by wearing her heart very much on her sleeve. This means that the project is an emotionally charged and occasionally difficult listen that is likely to powerfully relate with anyone who has been in a similar circumstance.

Although there is quality present, it is inconsistent. One of the album’s highlight songs, “Fever,” makes use of Perri’s excellent vocals as she sings over her signature piano, “No one knows and nobody can see/You’re like a fever in me/Blazing, scorching, burning in me.” The somber ‘Blue’ follows, and while it has heart, it never really picks up. The next song, ‘I Do It For You,’ is full of feeling and emotion and is undoubtedly another highlight.

‘Home’ is significantly more upbeat than many of the songs on this album and features beautiful background singing. There are echoes of Taylor Swift’s “Wildest Dream” in this song, and the concluding track, “Time of Our Lives,” is likewise considerably happier than the other songs.

Other songs on the album include “back in time,” which is an album highlight featuring Ben Rector and Perri, “people like you,” which features Perri layering her vocals over one of the album’s most minimal moments, and I do it for you,” which explores how you can push through for someone else even when you don’t feel like you can get through a day yourself. Roses in the Rain, which boasts an almost whisper-like vocal performance by Perri as she describes navigating life while grieving, marks the album’s conclusion.

This album, taken as a whole, has a primarily depressing vibe. It’s an optimistic twist on a tragic situation and musically it sits in Perri’s sweet spot. While this album won’t blow the everyone away, there are some delicate, moving moments that you’re definitely going to feel.

Load more
Tags
Christina Perri
Ikedichim Chibundu Follow on Twitter July 15, 2022Last Updated: July 15, 2022
Check Also
Close
Back to top button
Close
We use cookies on our website to give you the most relevant experience by remembering your preferences and repeat visits. By clicking “Accept”, you consent to the use of ALL the cookies. In case of sale of your personal information, you may opt out by using the link .
Cookie settingsACCEPT
Manage consent