Some of Us Are Brave

It’s too common to hear about album releases that they are “much anticipated” or “most intimate yet.” While the latter isn’t really a custom nowadays amongst artists, emerging activist and singer-songwriter, Danielle Ponder has always had a purpose that has been pretty personal. Her debut album, “Some of Us Are Brave,” shows that the former public attorney-turned-musician is still a fervent supporter of social justice, particularly Black feminism. 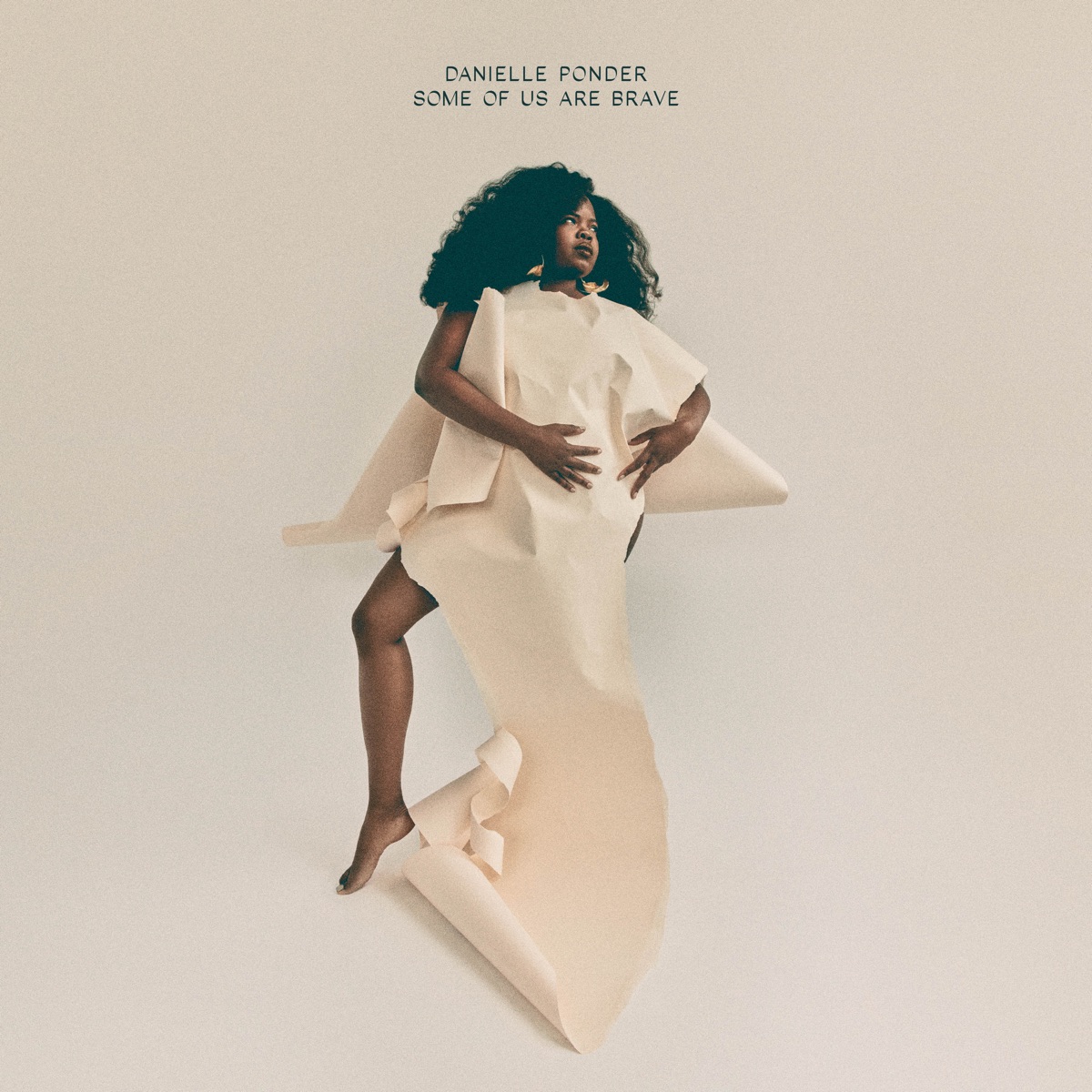 Wearing her long, thick flowing hair, Ponder, with both hands, holds onto what appears to be milk-coloured cardboard papers cut in a way that makes it look like a gown of some sort as a surplus part of it flows down to her feet. Seeing as that could apparently be the only thing shielding her possibly nude frame, it displays quite the braveness which she also expressed on this project.

The 8-track project opens with the track, “Some Of Us Are Brave,” after the project’s title, and the R&B/Soul vibe that accompanies the song is similar to what you feel listening to an Aretha Franklin record. With lyrics so deep, Danielle expresses herself as she speaks against hate and being brave regardless of the situation. She says she’s here to stay to shine her light and she intends to show just how.

The second track, “So Long,” is a track that encourages you push on even in the face of fears and disappointments. Resilience can be heard all over this track as Danielle made an attempt to give hope and encouragement both to herself and the listener. It’s a real smooth song with an influence of both jazz and soul which add flavour to it, making it a beautiful listen.

“Someone Like You” begins with an almost-solemn instrumental; cool, gentle and sublime. The song speaks of a lover she’s trying to get attention from. She asks questions and requests nature assistance to secure the kind of love she desires. The soft humming of the background voices compliment Danielle’s vocal range and pitch so well, helping to drive home the message.

The fourth track, “Only The Lonely,” shows in a rather calm and sweet manner, the other side of being lonely. The side that is unaffected by the difficulties of love and contrasts it with those who could be disturbed by it. Danielle deserves praise for this lovely track, which is performed in a resonant manner.

Song number five on the album is “The Only Way Out,” in which she paints a picture of unrequited love and says sometimes a broken heart could be the one way out of such a sad situation. She attempts to make light of heartbreaks by looking at the positives especially if the loving gestures weren’t reciprocated. The song fades with these words said repetitively: “I guess that sometimes, a broken heart is the only way out.”

The last track on the album, “Darker Than Blue,” is a befitting close to this project. What a fantastic ballad this is, with deep lyrics and a booming performance. The song’s lyrics allude to the coming together of a people who stand up for the truth and carry on despite attempts by society to hold them back. This is a song/chant of solidarity, and the background organ music and superb backup vocalists all convey the severity and significance of the lyrics. Soul fans will adore this project with zero skips.

The idea of intersectionality served as the album’s inspiration. Traditionally, feminism and concerns affecting Black women have been kept apart, but Ponder is putting her former position as a diversity, equality, and inclusion officer in her law firm to music.

Load more
Tags
Danielle Ponder
Ikedichim Chibundu Follow on Twitter September 20, 2022Last Updated: September 20, 2022
Back to top button
Close
We use cookies on our website to give you the most relevant experience by remembering your preferences and repeat visits. By clicking “Accept”, you consent to the use of ALL the cookies. In case of sale of your personal information, you may opt out by using the link .
Cookie settingsACCEPT
Manage consent