It’s Not Me It’s You

With his follow-up album It’s Not Me It’s You, DDG makes a comeback and gives listeners a more in-depth peek into the highs and lows of his personal and professional lives. As usual, DDG imbues tales of adversity with insight, charm, and a kaleidoscope of musical influences, such as blues, R&B, and the spitfire rap that has become his signature. With pure arrogance and limitless vulnerability, “It’s Not Me It’s You” is an album that has a clear grasp of the present hip-hop world. The project, which features a host of artists, is the breakout rapper’s most introspective one to date. 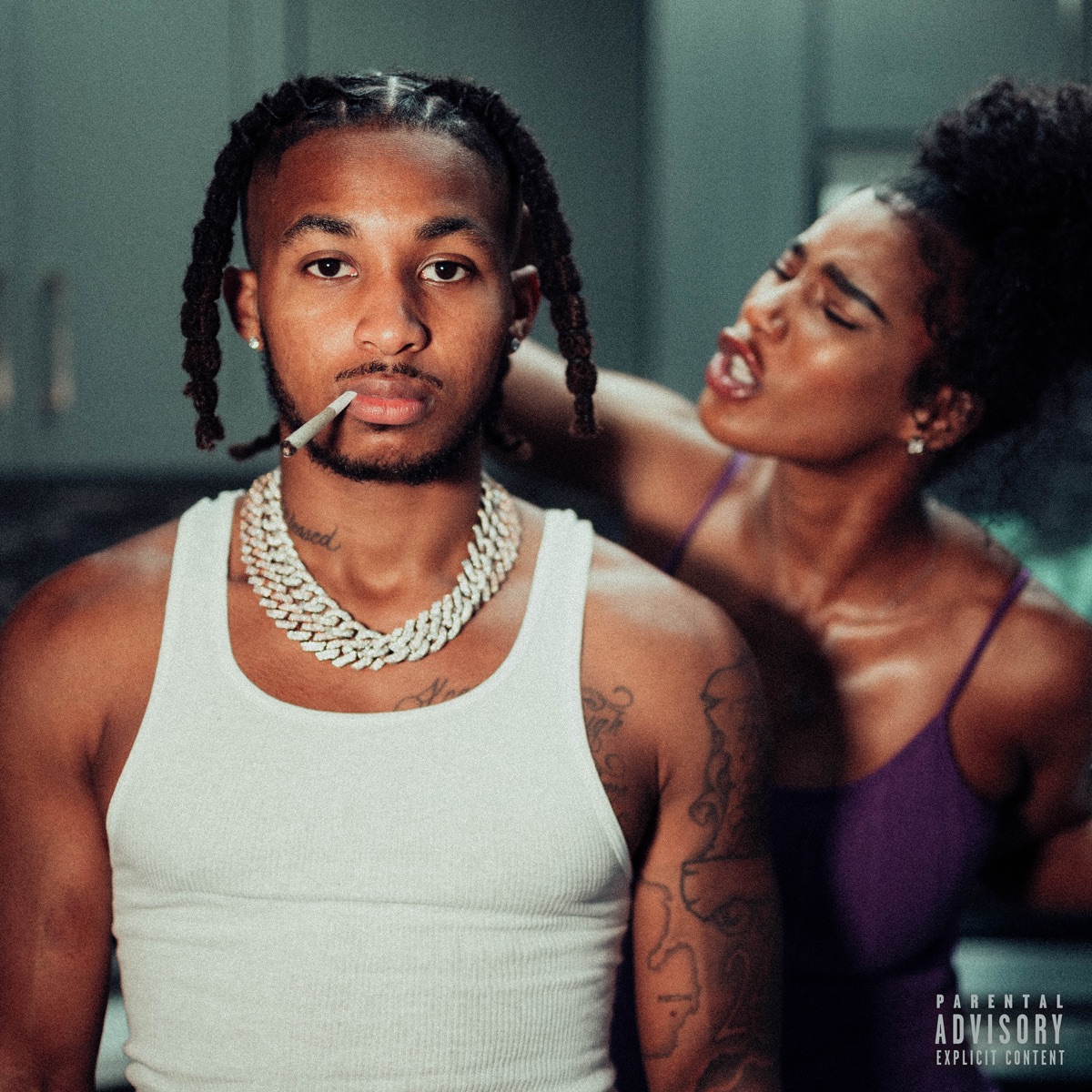 The rapper, wearing an emotionless countenance, rocking his iced-out jewelry, with a blunt loosely held by his lips at one end, stands detached from the ongoing show being put on by the girl standing next to him, seemingly yelling and hurling angry words at him, which is depicted by her rumpled face and emotional gestures.

DDG clearly looks mentally checked-out of the situation, and judging from his unbothered demeanor and blank stare, you can tell he just dropped or is about to drop the bomb on her. The reversed breakup bomb that goes: “It’s Not Me, It’s You.”

The album opens with the high profile collaboration with Polo G and NLE Choppa on “9 lives” which tells the familiar story of the challenges that the streets pose, including some revelations of their personal struggles. In addition, street cred, resilience, bravado, some slick talk of course, and love for brotherhood can be found lacing their verses. The respective acts on song came clutch with their delivery that was excellently executed. The typical Trap beat is sublime, giving the tune just the correct dose of sauce needed for a befitting album opener.

“Elon Musk” is next in line and it features Gunna. For Trap lovers, SpaceX has nothing on how this jam would elevate you. The beat is altogether smooth and the delivery is just so sleek. Little wonder the song quickly spawned into a viral hit upon its earlier release as a lead single. This tune likens getting blazed to actual space travel. If you know, you know. Both verses were rendered in fantastic fashion and the instrumentation intervals of syths, lead and percussions all ferry the track to a beautiful ending.

“Relationship Issues” is a dialogue between two estranged lovers about their insecurities and trust issues. “If I Want You” reports for duty next, with its wordings hinting at the search for love. DDG prides himself as one that he seeks out what he desires with hopes to actually get it even if his efforts eventually collide with a brick wall. The guitar strumming and the background vocals do a great job of complementing DDG and the song as a whole.

Kevin Gates comes in as a guest act on “Love Myself,” bearing the message of self-love, saying he cannot love the right way, which is the way he should, until he learns to loves himself. The song also comes off as a subliminal dig at some exes and women who are a tad over-possessive. Babyface Ray is featured on “The Clinic,” and speaks on baby mama drama as well as the risks encountered on the streets.

The last track, “Big Knots,” close the album, starting off in an almost-solemn mood. The piano chords and loops usher in DDG’s verses and also the chorus. He talks about living the street dream, getting paid and well, some slick talk. The song comes to an end in the solemn manner at which it began. Not a bad outro for a project this solid.

The new album explores relationships and recent success in an unfiltered manner. The 12-track project deals with mature subjects on it as he navigates love, success, and a touch of toxicity.

Load more
Tags
DDG
Ikedichim Chibundu Follow on Twitter October 4, 2022Last Updated: October 4, 2022
Check Also
Close
Load more
Back to top button
Close
We use cookies on our website to give you the most relevant experience by remembering your preferences and repeat visits. By clicking “Accept”, you consent to the use of ALL the cookies. In case of sale of your personal information, you may opt out by using the link .
Cookie settingsACCEPT
Manage consent