Dermot Kennedy’s music has a broad and enduring appeal, capturing listeners’ hearts and minds with straightforward songs that express universal emotions in cozy, familiar color schemes. “Sonder,” his second album, makes little effort to alter any of that. However, despite the fact that not much has changed, it seems like a trick has been missed.

High-definition shine and brisk, polished pop pumpers are delivered. Kennedy’s voice is given the stage and space to ignite the feels with minimal accompaniments lurking in the background. And when it’s time to switch things up, we gain powerful momentum to move forward. However, none of it exudes genuine emotion. When you listen closely to the lyrics, it becomes apparent that the technique is transferable. The music is almost admirably devoid of edge. 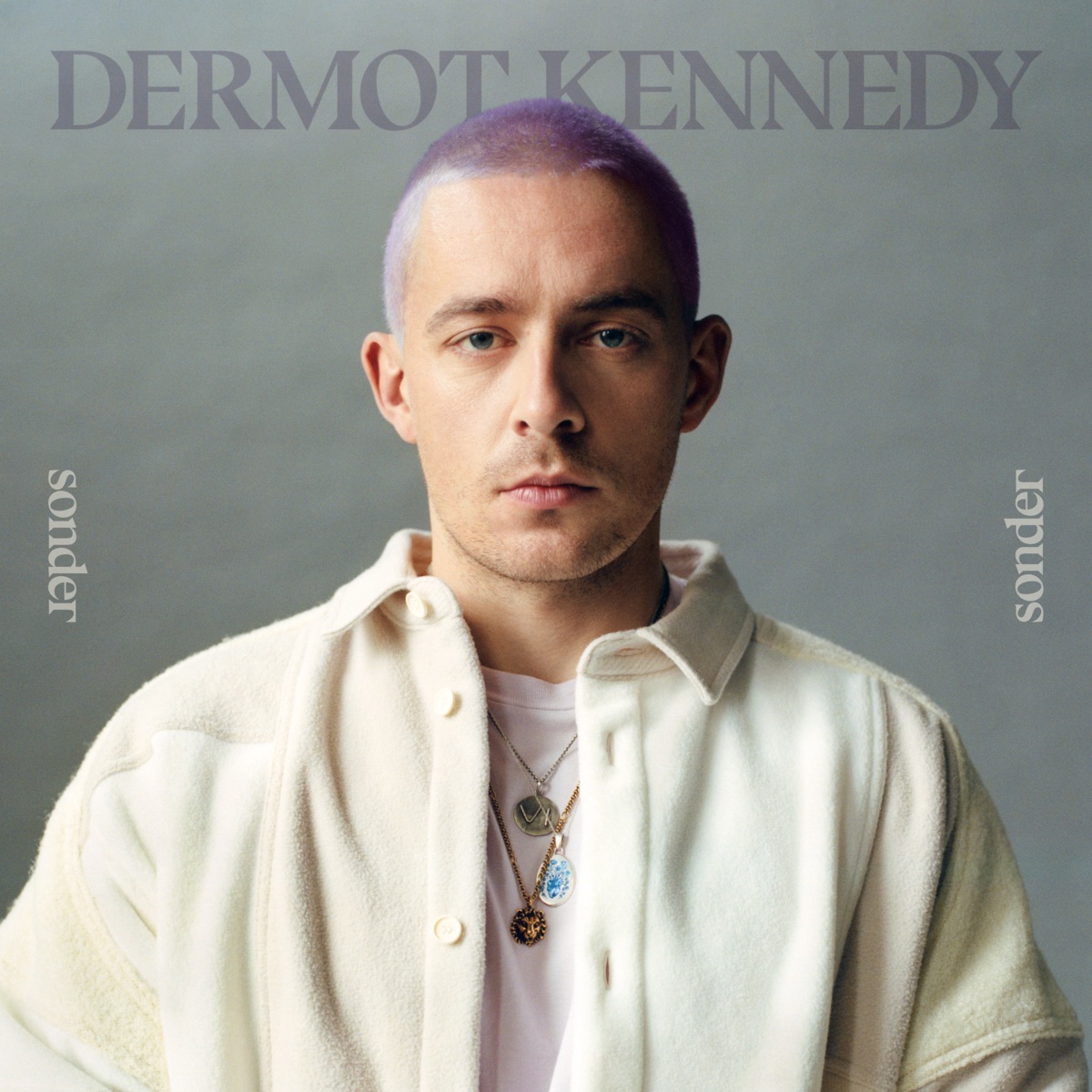 Rocking a milk-coloured jacket worn over a white Tee and some necklaces, Dermot stares blankly into the cam as he poses for a shot. Telling from his eyes and facial expression, it is clear to see that the man is indeed in a Sonder state of being.

The album opens up with “Any Love,” a track that sees Dermot sing over an Acapella-esque arrangement. He talks about a bad breakup and expresses how much he misses his ex and how moving on isn’t as easy as it may sometimes seem. The supporting background vocals blend in incredibly with the vocalist as the song comes to an end. “Something to Someone” comes next and it’s an upbeat tempo track that allows the soloist paint a picture with his well-written lyrics that convey his feelings in expert fashion. The love-themed song also takes a cue from the opening track with the lyrics also hinting at a breakup as he reminisces on the days when loving felt true. The beat arrangement is typical Pop style and the piano chords together with the background percussion make it a beautiful listen with the background vocals adding flavor to the general track composition.

The third track, “Kiss Me,” has Dermot giving a rendition that is heavily love and relationship-themed. The beat arrangement is also typical of a Pop song and the background vocals that come in at intervals make this track a wonderful blend of beauty and creativity. The pen game is also astonishing, so is the superb track composition and delivery. “Better Days” is an encouraging track that seems to speak to the hurting in hopes to offer some kind of solace and to restore belief to the listener. The background vocals do an amazing job of complementing the vocalist as they chant-sing in support. Themes of love, relationship, encouragement, hope and patience amongst others can be heard in wordings of the song as the singer delivers with gusto and aplomb. The track composition is pretty commendable too.

“Already Gone” speaks on unrequited love and the lyrics paint a clear picture of this. Kennedy renders the verses and chorus fantastically with his great vocals that sync perfectly with the beat arrangement. The support from the background vocals alongside the strings and piano chords, all combine in sublime fashion, bringing the track to life. “Blossom” closes the album with themes of love and relationships as usual, with a little dash of the themes of fate, strength and dependency. The track’s beat arrangement is cool and melodic. Also, the supporting vocals do a good background job while the Pop and ballad-like composition makes this a smooth listen as the listening journey winds up to a chill end with Dermot’s vocals.

The theme of this album is empathy and awareness of the challenges and victories of others.

Load more
Tags
Dermot Kennedy
Ikedichim Chibundu Follow on Twitter November 19, 2022Last Updated: November 19, 2022
Check Also
Close
Back to top button
Close
We use cookies on our website to give you the most relevant experience by remembering your preferences and repeat visits. By clicking “Accept”, you consent to the use of ALL the cookies. In case of sale of your personal information, you may opt out by using the link .
Cookie settingsACCEPT
Manage consent