Dallas/Fort Worth is a collection of 14 songs spanning Milligan’s roots, including songs about everyone from George Strait to Merle Haggard to Elvis Presley (whom the artist portrayed in the CMT series Sun Records in 2017). It also hits on rockabilly riffs, classic honky tonk, and older renditions that have been transported from bygone Country days to the present, all punctuated by Milligan’s signature voice.

All the elements you would have expected from Drake Milligan’s debut full-length album—super Country and twangy, with solid lyrics and that tiny bit of boasting of Drake’s Elvis effect, are all present. Drake also included the five good songs from his 2021 EP on this record. 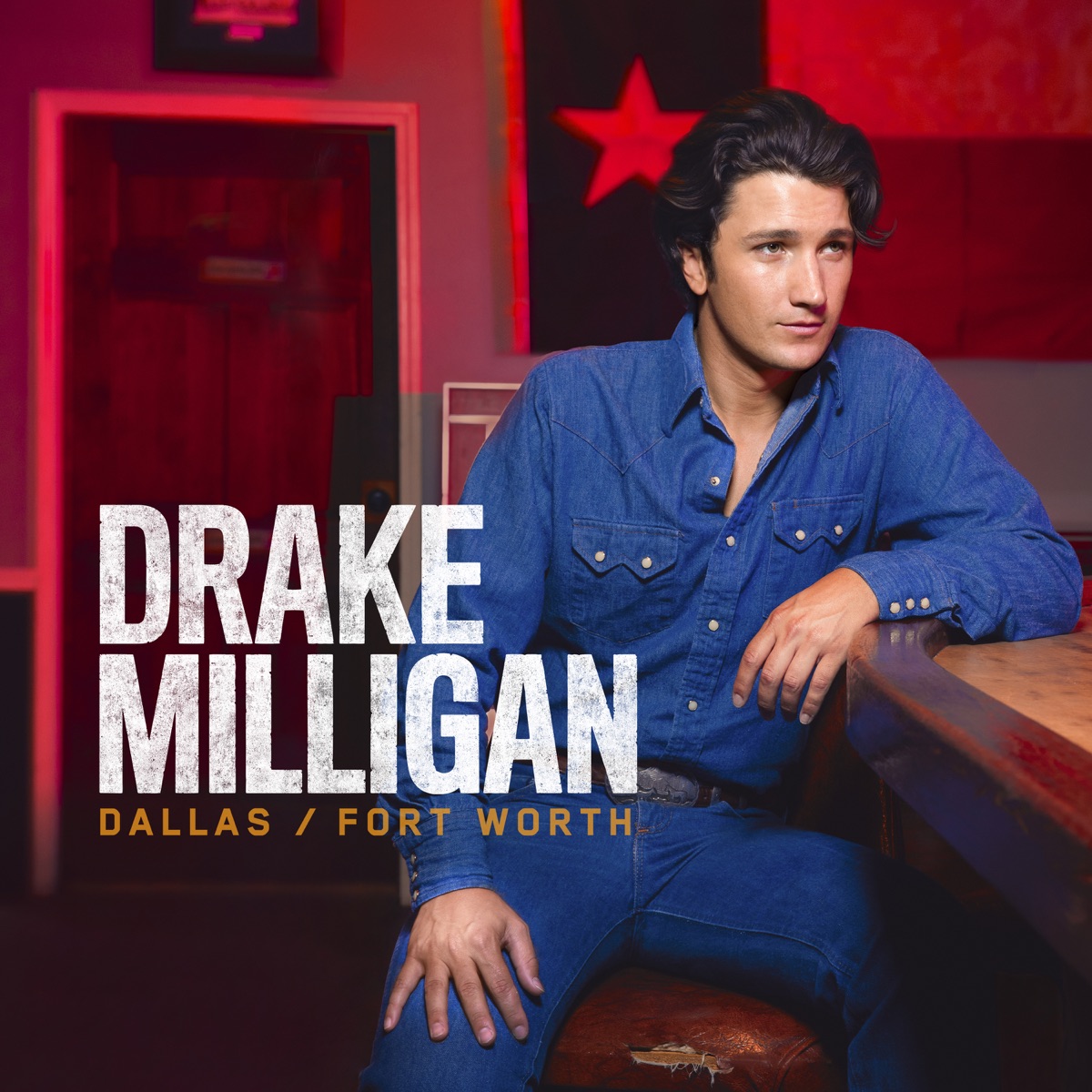 Milligan, wearing an all-blue outfit, sits relaxedly on a chair, resting one hand on the table before him and the other on his knee, as he continues to stare at something in front of him that seems to have captured his attention. It also looks like an intentional pose for the cam, from his calm disposition and gentle countenance. A soft, good-looking Country lad in his element.

The 14-song track opens with “Sounds Like Something I’ll Do,” which is a upbeat tempo Country vibe that has Milligan singing to his love interest and painting scenarios that hardcore Country lovers will truly appreciate. The second track, “Kiss Goodbye All Night,” is a cool romantic Country song that is also love-themed but comes with a little beat interlude before the ending that helps make it a great listen.

“Hate Everything She Tries On” begins with Milligan’s vocals coming through in beautiful fashion. The song depicts his lover doing her hardest to impress him with her outfit choice for their date, but he couldn’t care less.

The fourth track, “She,” is a beautiful song. Great vocals, great composition, amazing lyrics that just has a way of picking you up and throwing you in your feelings. While he praises his love interest for her beauty that turns heads, “he can’t believe she is his.” “Bad Day To Be A Beer” is an upbeat jam that won’t feel out place playing in a bar. Though the lyrics sound somewhat hilarious, he hints at the troubles a man gets to face going through life and how alcohol (and beer to be precise) can be a succour during troubling times.

“Hearts Don’t Break Even” is a post-breakup song that paints the picture of the situations ex-lovers find themselves in after a breakup. A  sad song with great instrumentation can’t go wrong. “Dance Of A Lifetime” is a typical lovers’ track, housing inspiring lyrics that uphold and preach the message of love, which, of course will be a great listen for people in love. Vince Gill appears as the album’s first guest act on the track, “Goin Down Swingin,” a typical cowboy song, hinting at being brave, strong and courageous even in the face of adversities.

James Burton comes in as the second guest feature on the song, “Long Haul.” The words of this song, which feature early relationship pledges, imply that it is intended for would-be lovers.

On the closing track, “Cowboy Kind Of Way,” Milligan taps into his cowboy roots, showcasing how romantic a cowboy can be to a lady he desires. The beautiful serenading background vocal that accompany the acoustic guitar chords adds sweetness to the song, which helps make it the perfect last track for the album.

This album strengthens Drake’s commitment to his national roots.

Load more
Tags
Drake Milligan
Ikedichim Chibundu Follow on Twitter September 20, 2022Last Updated: September 20, 2022
Check Also
Close
Back to top button
Close
We use cookies on our website to give you the most relevant experience by remembering your preferences and repeat visits. By clicking “Accept”, you consent to the use of ALL the cookies. In case of sale of your personal information, you may opt out by using the link .
Cookie settingsACCEPT
Manage consent