If you liked her mixtape, Ho, Why Is You Here?, then you will probably also like You Still Here, Ho?; the two records have more than a title in common. Flo Milli has mastered the art of rapping like the meanest popular girl in any high school. In rap right now, there might be nobody who’s better at making utterly withering comments and then laughing about it. Flo Milli does this over minimal beats with big hooks, and she always sounds like a star.

There are only a few guests on You Still Here, Ho? — Babyface Ray and Rico Nasty — and most producers aren’t especially famous. That’s fine. The record’s aesthetic belongs entirely to Flo Milli, and the whole thing has been tailored according to her strengths. The album is short, fast, and nasty, and Flo Milli barely shows anything like vulnerability. 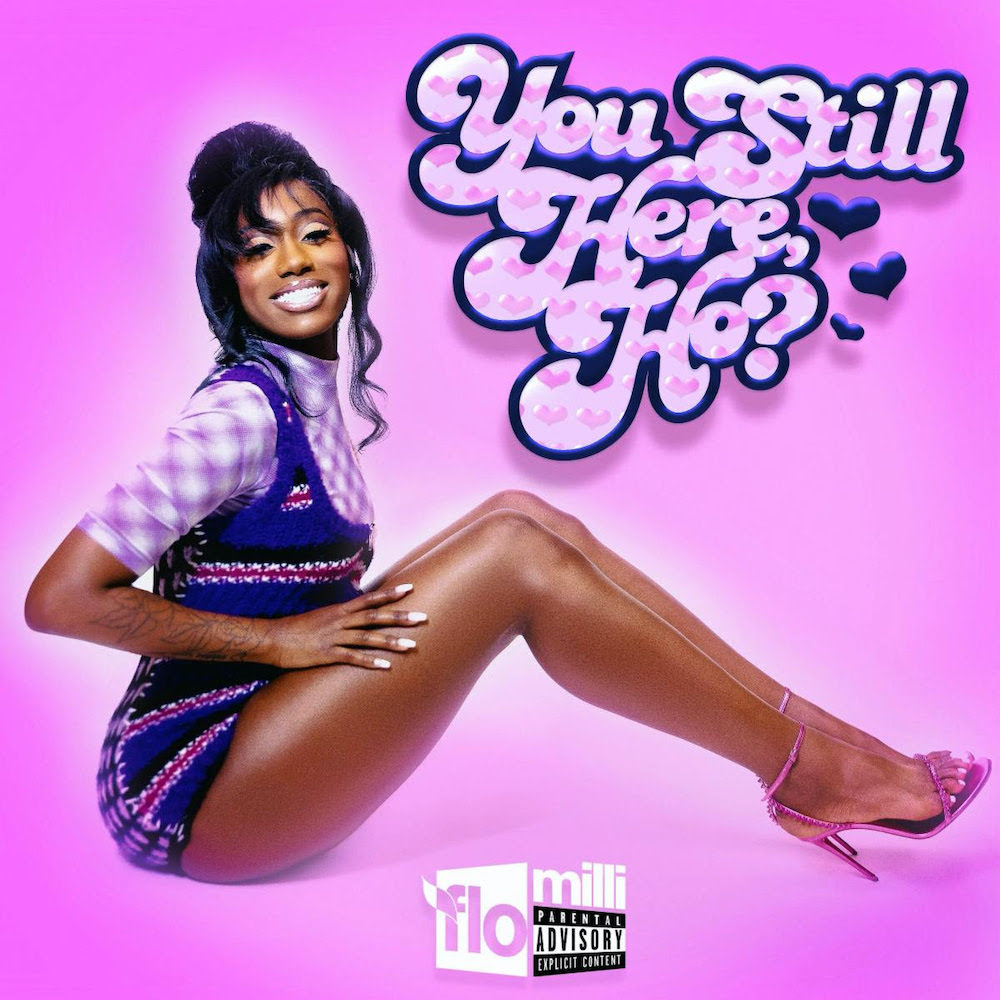 In a heavy purple-themed photo, Flo, donning a fitting purple outfit with a tucked-in checkered blouse, can be seen on the floor where she cozily seats with her long, pointy purple heels propping up her shiny, well-moisturized legs as she rests her hands on her thighs, striking a pose for the cam with a big, bright smile playing on her face.

On her debút album, Flo lands cameos from the likes of Rico Nasty and Babyface Ray. Hilariously, the biggest guest appearance may be Tiffany “New York” Pollard, who introduces Flo Milli with typical smugness: “Just look at the material. Princess of this rap shit. Get in line, peasants.”

Ultra-feminine, shamelessly exhibitionist, and relentlessly on the come up, Flo Milli is delightfully conscious and self-aware on “PBC”, in which she samples a contestant’s elimination from America’s Top Model. There are homages to high-maintenance heroes like Lil Kim on “F.N.G.M.,” which samples the chorus from Junior Mafia’s ‘Get Money’ as well as Southern iconography, the Three 6 Mafia-like crunk heard on “Come Outside” and the So So Def Bass All-Stars Vol. II sample on “Hottie”.

She collaborates with up-and-coming female producers like Tasha Contour, Sophie Gray, and the sister production team Deux. Contour is responsible for the piano-heavy banger “No Face,” which is destined for strip clubs.

Flo Milli makes frequent references to the feminist mandate and solidarity. “Stupid shit, it’s just a double standard/I’m in my own lane and I took advantage/You can’t hate on pussy if it rule the planet,” she riffs on “Roaring 20s.”

On “Bed Time,” Flo Milli delivers abrasive words like “Knock a bitch out and teach her a lesson” with a visceral sharpness. The level of the music varies greatly, with standout tracks like the R&Bass groove “Hottie” and boilerplate ratchet hits like “On My Nerves,” which mainly utilizes a stale fragment of Nelly’s vocal from “Dilemma,” respectively. Regardless of the track, Flo Milli goes hard, stuffing her stat sheet with crazily imaginative punchlines and catchphrases.

Hilariously, she quips on “No Face,” “I’m the type to make my sugar daddy pull his teeth out.” It’s only with “Tilted Halo” that she briefly switches her voice to a flat autotune melody. It’s intended as sincere romance, but she can’t resist a little comedy in the process.

On “Do Better,” she raps, “I’m the fuckin winner, ho/You was just the nominee.” Although one may argue that her ability needs a richer canvas, it nonetheless satisfies because it is the musical equivalent of a headbanger.

Although the themes of Milli’s songs are limited to her sex life, getting what you want, and her elite status, her desire to be viewed as the top prize despite trials in life is an aspirational one for a generation that closely identifies with luxury despite the expanding class divide. Her debut album makes for a fantastic, carefree background music for dancing through the battle.