On Friday, January 7, 2022, Gunna unleashed his highly anticipated 3rd album. The album was released the same day as The Weeknd’s new “Dawn FM”, but it also owned its place on digital and streaming platforms. The album was released via YSL Records and 300 Entertainment and serves as the fourth and final instalment of the rapper’s “Drip Season” series.

There is no doubt that Gunna opted to go big with the album from the beginning of the year. The project became an instant success following its release. It dominated the top 20 of the Apple Music chart and has hit the top spot across several countries.

The cover art for the “DS4EVER” was unveiled on January 4, 3 days after he announced the album’s release date. American architect Daniel Arsham created the art. The cover art features which looks to be a sculpture replica of the ‘Too Easy’ rapper with dents to his face. 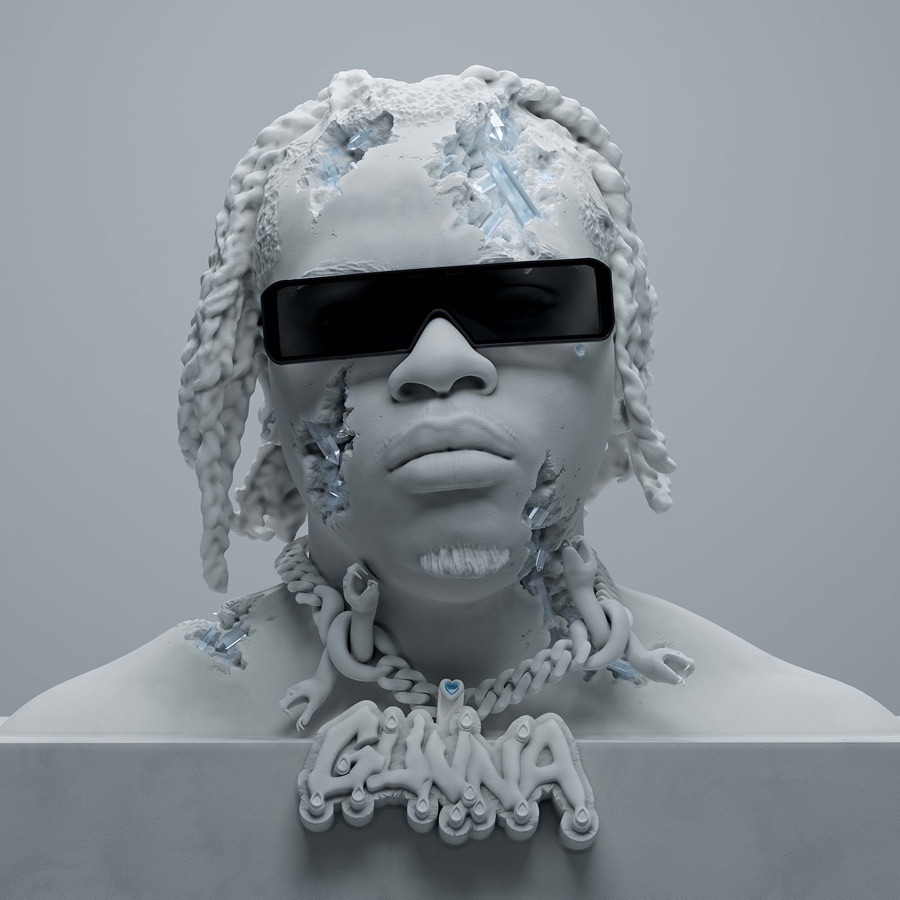 The dents come off as deep intentional scratches; one above the sculpture’s forehead, the other stretched down to its left brow, one across the right cheek, and the last just beside its chin. The sculpture spots what looks like black rectangular shades that cover the eyes and a bold snake-inspired chain with the name “Gunna” hanging underneath it. The art is audacious and daring.

A look at the guest contributors on the project proves that it was well thought out. It features contributions from Future, Young Thug, 21 Savage, Kodak Black, Chlöe, Lil Baby, G Herbo, Nechie, Yung Bleu, Chris Brown, and Roddy Rich. Future and Young Thug lend a hand on the “Pushin P” track, and Thug also comes through on “Mop”. Kodak Black features on “How You Did That”, and 21 Savage delivers on “Thought I Was Playing”. While Chlöe lends a hand on “You & Me”, G Herbo delivers on “Idk That Bitch”. Nechie, Yung Bleu & Chris Brown, and Future & Roddy Rich all contribute to the tracks “Life of Sin”, “Die Alone”, and “Too Easy (Remix)”.

Tracklist and The Popular Tracks

The new “DS4EVER” was preceded by its lead and only single “Too Easy”. The joint was first released as a collaboration with fellow American rapper, Future on September 24, 2021. In early December, a remix was released, including an additional feature from “The Box” star Roddy Rich. The song went on to peak at number 38 on the US Billboard Hot 100 songs chart.

Following the release of the album on January 7, the joint “Pushin P” featuring Future and Young Thug was released as a single. An official music video was also released for the song. In addition, several songs on the project have also gained attention on social media. Some of them include “Die Alone” with Chris Brown & Yung Bleu (which most fans admitted to listening to first before any other tracks on the album), “You & Me” with “Have Mercy” singer, Chlöe (which at some point was the highest-charting female song on Apple Music at no.12).

Gunna’s “DS4EVER” album has gained massive feedback since its release. Most fans have praised the album’s production, Gunna’s delivery on it, and the guest artists. While some have criticized the project for not being what they expected.

Load more
Tags
Gunna
John Ogba-Ifeakanwa Follow on Twitter January 9, 2022Last Updated: March 31, 2022
Back to top button
Close
We use cookies on our website to give you the most relevant experience by remembering your preferences and repeat visits. By clicking “Accept”, you consent to the use of ALL the cookies. In case of sale of your personal information, you may opt out by using the link .
Cookie settingsACCEPT
Manage consent