Jeezy returns with his 11th studio album SNOFALL, hosted by DJ Drama, a veteran of the Gangsta Grillz, after a two-year hiatus from releasing new music. On the 16-track album, the Trap or Die duo collaborated. Lil Durk, EST Gee, and 42 Dugg make special guest appearances. The project’s debut single, “I Ain’t Gon’ Hold Ya,” and the vintage, gritty accompanying video were released by Jeezy and Drama less than a month earlier.

The new album marks the rapper’s first full studio offering since 2020’s The Recession 2. SNOFALL essentially pays homage to the heyday of the Drama and Jeezy mixtapes. Although the hooks, melodies, vocals, and raps on SNOFALL aren’t particularly ground-breaking, Jeezy does a superb job of projecting the persona of a witty, informed, and real street smart. 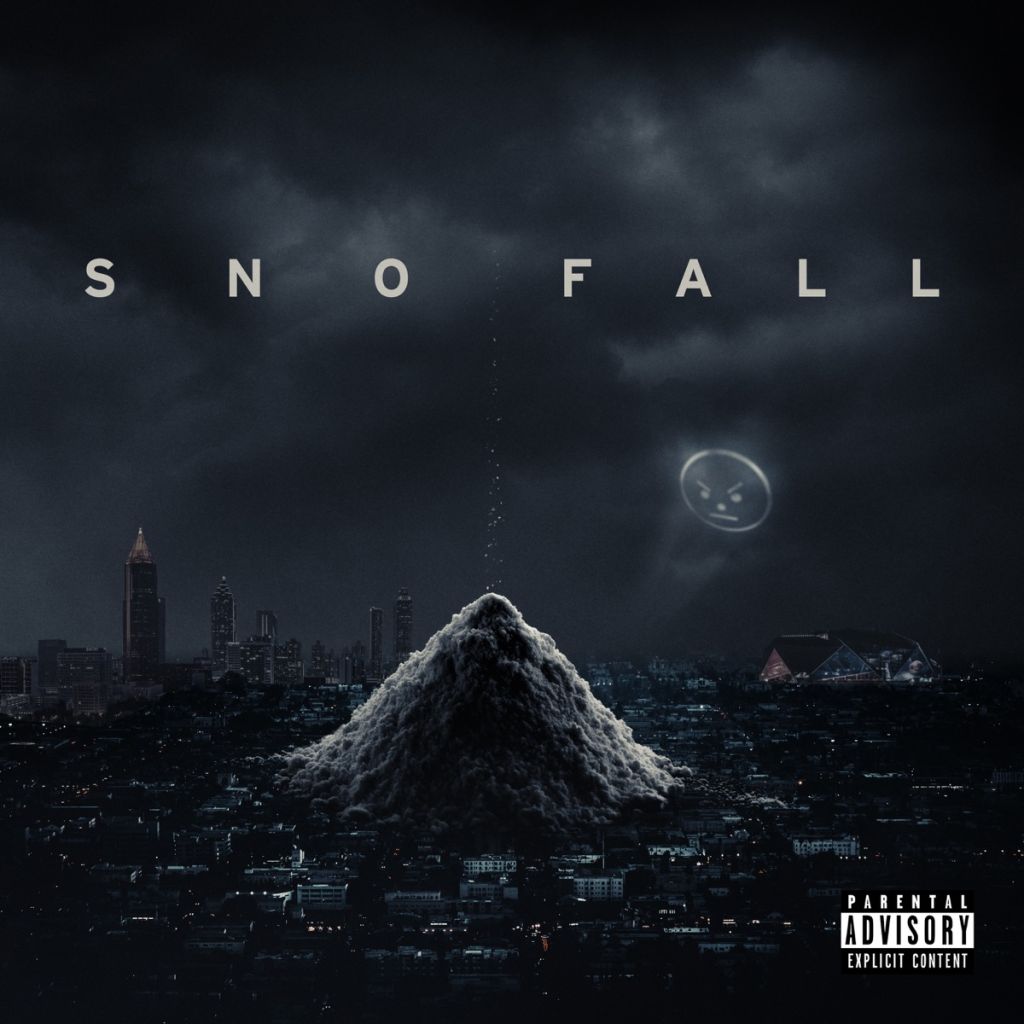 Emerging from the water, right underneath the album title that is scribbled across the night sky, is a part of the head of a polar bear of some sort. It looks like it’s been in hiding for a minute but has finally gotten the chance to come alive in its element once again.

The album begins with “Snofall,” the title track. The intro is sleek as Jeezy and DJ Drama drop lines interchangeably on trumpet chords in the background as they build the momentum for the hip-hop beat that subsequently enters and ushers in the verses by Jeezy. Vanity and slick talk lounge and breed in the song’s lyrics. “Bruh” comes next with DJ Drama showing up on the intro while Jeezy hypes him up and lays bars over the hip-hop beat that slowly comes into the mix. The rhythmic flow and the amazing piano chords in the background makes this track a good listen. As seen with the first track, slick talking and braggadocio seem to be the order of the day. Jeezy can also be heard making reference to an imaginary person who also is a critic.

Lil Durk is the first album feature on “Most Hated,” the third track on the album. The first few seconds of the track sees DJ Drama and Jeezy cruising on very cool violin chords that resonate beautifully. The hip-hop beat arrangement is a melodic vibe. Period. Beside the plenty slick talk, the trio also have a word for their critics. They acknowledge the hate but also vow not to stop grinding and putting in work. The next track, “Street Cred,” is typically what it should be. Hip-hop meets the streets on this one. The duo drop lines that imply that irrespective of their street cred, they still have what it takes to go big.

The second guest act on the album is 42 Dugg, on the track, “Put The Minks Down,” which is a hip-hop track with melodic piano chords and loops that add spice to the listening journey. Amid his slick talk, 42 Dugg also acknowledges the growth of them all from their respective humble days. The album sees another feature on “Scarface,” in which DJ Drama handles the intro in superb fashion, and Jeezy’s gets in obvious T.I. mode on the chorus and verses. As usual, slick talk and relaying the crazy life of a gangsta.

The last track on the album, “One Hunnid,” keeps it one hunnid. Jeezy says his biggest fear is failure and that he aims to continue doing big things and making waves as he has always done. There’s a lot of slick talk going on in-between as Jeezy uses words to paint scenarios that touch on love and relationships along with his personal struggles in his daily life. DJ Drama comes in at the track’s outro and carries out his good ol’ hyping till the track fades.

A celebration of achievements and an ode to the street life.

Load more
Tags
DJ Drama Jeezy
Ikedichim Chibundu Follow on Twitter October 23, 2022Last Updated: October 23, 2022
Back to top button
Close
We use cookies on our website to give you the most relevant experience by remembering your preferences and repeat visits. By clicking “Accept”, you consent to the use of ALL the cookies. In case of sale of your personal information, you may opt out by using the link .
Cookie settingsACCEPT
Manage consent