In July 2008, American rapper Kid Cudi released his debut mixtape “A Kid Named Cudi.” We like to call it an introduction to his artistry. The mixtape was released by New York City streetwear brand 10.Deep and independent record label Fool’s Gold Records. This weekend, the mixtape was finally released to streaming services.

The mixtape has been called Kid’s breakout project. It also marked his first official release before the release of his debut studio album “Man On The Moon: The End Of The Day.” The project gave fans a glimpse into his incredible artistry, which has improved through the years. With the project’s release to streaming services, it feels like we are hearing it for the first time again.

We think that artists want to make a statement with the cover art for their first official release or project. That also could have been Kid’s intention with the cover of the mixtape. Shot in black and white, the cover art features a photo of Kid posing for a shot. He holds a smoked blunt in his right hand. We doubt anyone was more 🤔 than him in Hip Hop that year. Well, that is arguable.

Like he did in the album’s cover art, Kid kept things simple in the project. The mixtape featured contributions from Nigerian-American rapper Wale, Crookers, and Chip Tha Ripper. Wale contributed to the third track on the tape tagged “Is There Any Love.” Crookers appeared on “Embrace The Martian,” and Chip Tha Ripper contributed to “T.G.I.F.” They each delivered well in the tracks. Although it was his first official project, Kid’s decision to feature just three artists was a good one. It centered the focus on him more than it did on his collaborators. He proved that everyone was in his playground, on which he was king.

The “A Kid Named Cudi” mixtape has been credited to have helped establish Kid’s fanbase. The mixtape was a hit among Hip Hop fans and received generally favorable reviews. Before the tape dropped, a few tracks were released to promote it. “Day n’ Nite” was released as the first single via digital distribution and 12-inch vinyl. It was followed by an Electro-House remix created by the Italian duo Crookers which became a hit. Cudi gained more recognition after other artists recorded their verses to the song.

Cudi also recorded a video for the track “Heaven at Nite.” He said, “the ‘Heaven at Nite’ is in the sense of nightlife being heaven; going out and drowning your sorrows and trying to lighten up your spirits. But at the same time, you can see it in somebody’s face that their mind is on something completely different.”

The production of the mixtape is just impressive. The reissue reminds us just how much we love it. Production credits go to Plain Pat and Emile. The production also featured samples of songs by Outkast, Paul Simon, N.E.R.D, and Band of Horses. One thing also stood out in the album was Cudi’s vocal delivery. It isn’t every day that you hear an artist who thoroughly interests you. Cudi was the king of the scene. His delivery was top-notch, proving he was a star in his might. Dot da Genius, The Kickdrums, and more are also credited as producers.

The reissue of the “A Kid Named Cudi” album brings back many memories from 2008. We heard Cudi in his prime, a talent that has not diminished through the years. He was and still is a star that the world was ready to embrace. You should listen to the mixtape if you haven’t.

Load more
Tags
Kid Cudi
John Ogba-Ifeakanwa Follow on Twitter July 17, 2022Last Updated: July 17, 2022
Check Also
Close
Back to top button
Close
We use cookies on our website to give you the most relevant experience by remembering your preferences and repeat visits. By clicking “Accept”, you consent to the use of ALL the cookies. In case of sale of your personal information, you may opt out by using the link .
Cookie settingsACCEPT
Manage consent 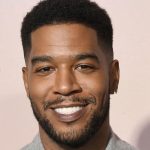