Koe Wetzel, a rising star, has just released his newest record, “Hell Paso.” The 13-track LP, which Koe recorded at the renowned Sonic Ranch Studio outside of El Paso, Texas, expertly melds his musical influences and carves out a distinct niche for himself. 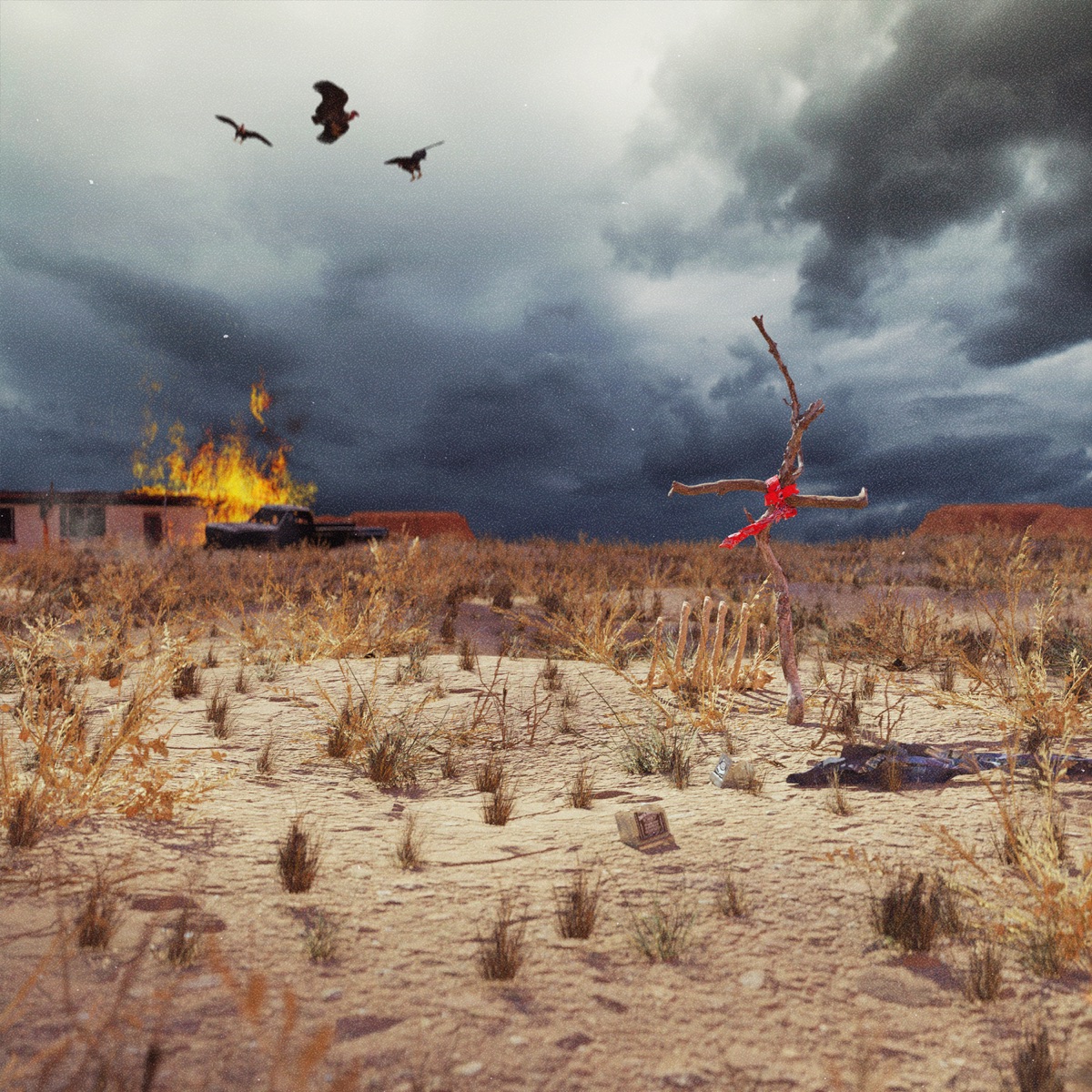 On this album cover that looks rather too colorful for a dreary scene, a wornout scarecrow is rooted in the midst of a large fallow field that has nothing but parched, dry soil with stunted brown grass unevenly scattered all across the vast expanse of abandoned land.

Taking the focus off the field, you can also notice a couple of birds flying above the land, heading in the direction of the thick wisps of smoke covering portions of the sky, which comes from the burning property in front of the field, made evident by the bright yellow flames raging out of control next to a little makeshift house. If abandonment and chaos had a baby, this would be its fave childhood photo for sure.

The album begins with a short monologue on “Welcome to Hell Paso,” and ends in a funny manner. Koe declares, “Now that I’ve gotten your attention, I’ve forgotten what I was about to say.” And that’s quite an unusual but interesting start for an album. “Creeps” then takes over with Koe’s vocals first, before the beat kicks in. The lyrics talk about an unfavorable relationship with a lover, in which he says, “she gives him the creeps.” The instrumental, however, is smooth and the background vocals do a great job with playing a complimentary role the track in general. The lead guitar chords and the percussion sequences are just okay for the song—not too much, not too less—just okay.

“April Showers,” same as the previous track, hints at a someone’s partner who is no longer in love. “We don’t talk like we used to…,” Koe sings, describing the poor communication that exists between them. He also shows his vulnerability to love again and how hurt he feels. The fourth song, “Money Spent,” touch on rejection, infidelity and well, love lost. The track begins with a progression of acoustic guitar chords and percussions that build up to the hard Rock instrumentals that can be heard at intervals, coupled with the background vocals.

The next track, “Cabo,” is a smooth track that sees Koe sing over instrumentals that almost sound like a fusion of Latin, Country, Rock and R&B. The lyrics talk about women, love and money-related escapades. The guitar chords in the first few seconds of the track helped in setting the tone for the track. “Oklahoma Sun” sees Koe express his views on different issues including the way he sees himself, attributing it to the reason why his lover wouldn’t come around any longer. The progression of the beat is smooth which makes the tune quite catchy.

“Sad Song” is a song that allows Koe share with his listeners how much his relationship has hit the rocks and also how it affects him. Koe must have been in a bad place, mentally, when he penned this song. “To Be Continued” ends the album. The song begins with some acoustic guitar strumming, but starts sounding like a bathroom recording as Koe, in a chill, Country vibe, sings and expresses himself, saying, “maybe he’s or the man he used to be.” And like the album’s unusual opening, this closing track also leans toward the unusual, abruptly ending with Koe letting out a cough! What a way to wrap things up.

Vulnerability and unburdening the load of heartbreak.

The album was produced by Taylor Kimball.

Load more
Tags
Koe Wetzel
Ikedichim Chibundu Follow on Twitter September 20, 2022Last Updated: September 20, 2022
Back to top button
Close
We use cookies on our website to give you the most relevant experience by remembering your preferences and repeat visits. By clicking “Accept”, you consent to the use of ALL the cookies. In case of sale of your personal information, you may opt out by using the link .
Cookie settingsACCEPT
Manage consent