Jamaican, Grammy Award-winning reggae star Koffee’s debút album, Gifted, is a vibrant record that celebrates the lives we put on pause in 2020, revelling in the freedom from lockdown and the sunshine of returning to a world we took for granted.

On Gifted, Koffee combines traditional reggae with modern flourishes and hip-hop sensibilities, reminding us that rap’s roots are richly intertwined with Jamaican music. The body of work wastes no time by grabbing its listeners from the off, offering a blissful soundtrack to the upcoming summer months through its mix of slow bops, punchy tracks and genuine moments of joy.

It’s a record that dials back the hype, focusing once more on her personal and musical roots to present a more rounded, soulful, and mature aesthetic vision. That fantastic pop touch remains, but it’s aided by a diverse yet unified sonic palette, one that remains in perpetual love with Jamaica and Afro-Caribbean culture. 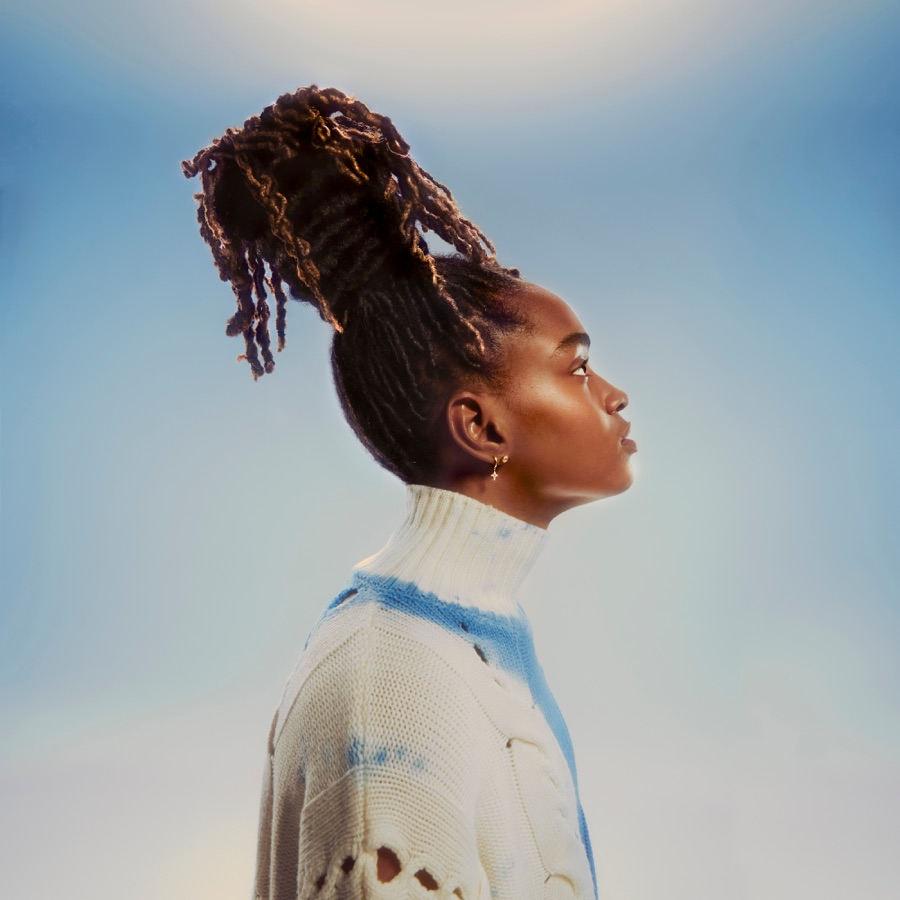 Koffee seems intently focused on something above her eye level. She is wearing a turtleneck sweater with the same colour hues as the photo’s background. She even has her thick locks nicely done and packed, like a person prepared for a place to go.

But you might start to catch another drift by taking another reflective look at the title of the album and then putting it against what is playing on that cover. Noticing the background to be sharing the same ambience with peaceful afternoon skies, she indirectly shows us the source of her gifting.

Most folks are led to believe all good things and gifts come from above, from a mysterious, omniscient being dwelling deep in the unreasonable skies. Maybe this is what Koffee is trying to say; showing gratitude to the source of her gift and letting the world know just how Gifted she is.

Gifted comes bearing 10 solid tracks with zero guest features. The Jamaican sensation chose not to bring artists along on her debút journey. What better way to open the first chapter.

‘Defend’ is effervescent, the subtle production hooking together LA and Spanish-town elements. The flood of words touches on the poetic, with Koffee pin-pointing societal concerns, touching on police bias and uncaring government, with the singer left to stand up for her people: “Koffee defend your case…”

Concise in its execution, ‘Gifted’ never stays in the same place too long. ‘Shine’ is a hazy, end of evening skanker, while reggae-soaked ‘Lonely’ offers Koffee at her most soulful, working against an entire band arrangement. Forever fresh, the record moves from the celebratory dancehall-inclinations of ‘West Indies’ to the imperious Caribbean pop of ‘Run Away’ and the emotional complexity of ‘Where I’m From’.

Closing with the plea for unity and mutual betterment that is ‘Lockdown’, this is a record that feels calm, almost at-ease with the hype around it. KOFFEE has used the break afforded to her by the pandemic to grow into herself, absorbing the experiences of the past four years and using those to finesse her skills.

More than anything, Gifted is a portrait of a brilliant young artist keenly aware of the miracles that lift her: a loving mother, a benevolent maker, a tight community, and an impeccable sense of rhythm and rhyme.

This album’s only available production credit is J Hus associate, Jae5, who produced “Pull Up”.

Load more
Tags
Koffee
Ikedichim Chibundu Follow on Twitter March 25, 2022Last Updated: March 31, 2022
Check Also
Close
Back to top button
Close
We use cookies on our website to give you the most relevant experience by remembering your preferences and repeat visits. By clicking “Accept”, you consent to the use of ALL the cookies. In case of sale of your personal information, you may opt out by using the link .
Cookie settingsACCEPT
Manage consent