Bell Bottom Country gets its name from the term used to define the Louisiana native’s distinctive look, sound, and style: country music with flair. The much awaited album captures Lainey’s depth and complexity with touches of ’70s Rock, Funk, and Soul while remaining fundamentally Country. The album has 14 songs, including her most recent single, “Live Off,” as well as “Watermelon Moonshine” and the current single, “Heart Like a Truck.” All but one of the songs were co-written by her.

Throughout the entire album, Lainey shows off her versatility and identity as a strong, independent, and most importantly, authentic woman. Bell Bottom Country shows Lainey’s immense development as a person, performer, and songwriter while being just as honest as her critically acclaimed debut album, “Sayin’ What I’m Thinkin’.” 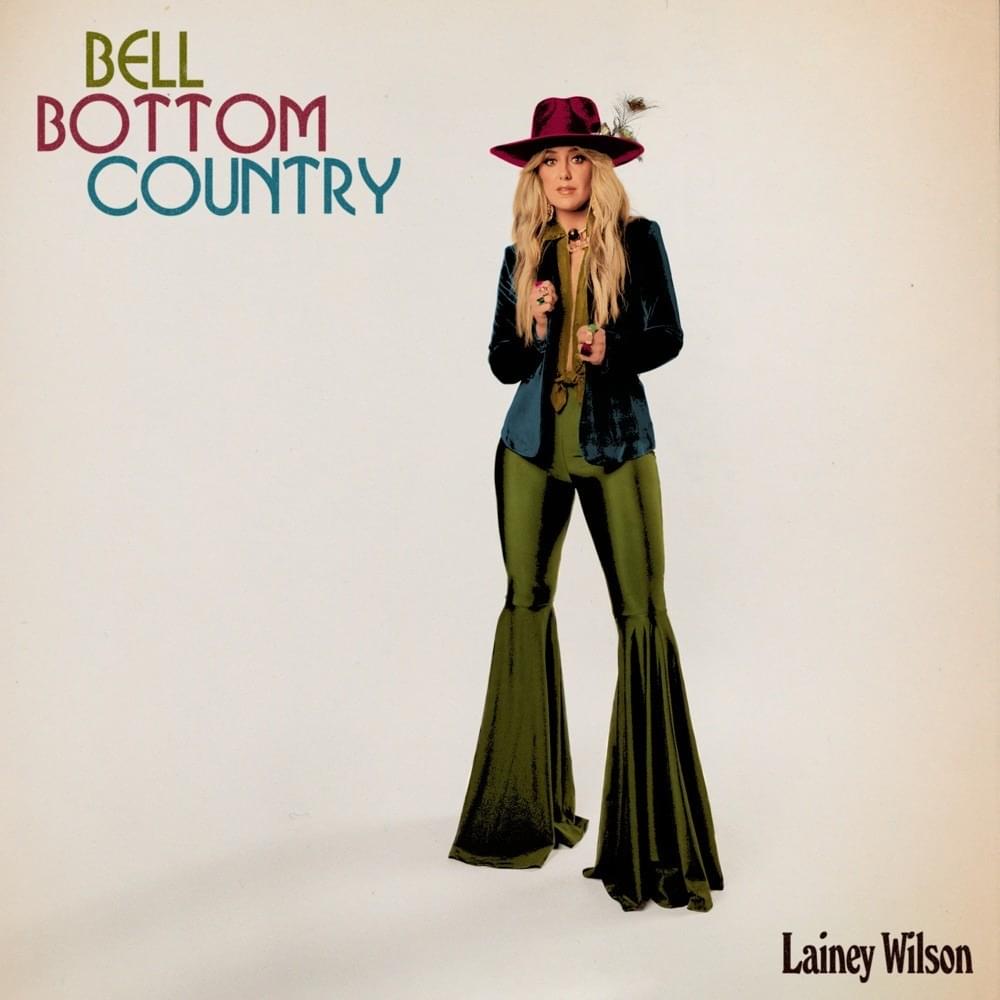 On the simple album cover, Lainey is in a pretty nice, silky jumpsuit, holding onto her jacket and striking a pose for the cam while a red hat sits on her head full of long, blonde hair.

Hillbilly Hippie and Road Runner serve as the album’s opening salvo. The first song has a laid-back, Sheryl Crow-style “Tuesday Night Music Club” vibe and develops into a larger chorus with the support of persistent drumming and loud guitars. As she sings, “A little Mississippi, a whole lot of rolling stone,” it serves as the introduction to her ideology.

In contrast, “Road Runner” starts off in a marshy manner before exploding into a southern rocker about “burning rubber on the Bridgestones.” As you start to comprehend what Lainey’s reality is truly like, references to tumbleweeds and a life on the highway are made.

Mid-tempo ballad “Heart Like A Truck” explores restlessness, resiliency, and movement. She portrays herself as dirty but worthwhile, without apology! Wilson’s vocals naturally have a dualistic quality that is both delicate and inherently powerful, as seen in the song. In contrast, the song “Those Boots” is a tribute to her father, which is appropriate given his current health problems. Definitely one of the best songs on the album. A straightforward tune with a Texan flavor that always strikes the right notes while still inspiring you to sing along or dance in your kitchen.

The songs “Live Off” and “Wildflowers and Wild Horses” really capture the essence of the entire album. The former is about tiny communities, culture, perseverance, families, sharing tales around a fire, great country music, and the adoration of a wonderful man.

The album is further enhanced by a fantastic version of the Four Non-Blondes’ classic song “What’s Up (What’s Going On?)” that sounds like it has always been a country song. A pretty cool way to bring things to an end.

Wilson’s genealogy, her ambitions, and her musical taste are all encapsulated in the album, which can be thought of as a manifesto and a state of mind. It is first and foremost a message on southern culture, including its values, emphasis on family, perseverance, and fun.

Load more
Tags
Lainey Wilson
Ikedichim Chibundu Follow on Twitter October 31, 2022Last Updated: October 31, 2022
Check Also
Close
Load more
Back to top button
Close
We use cookies on our website to give you the most relevant experience by remembering your preferences and repeat visits. By clicking “Accept”, you consent to the use of ALL the cookies. In case of sale of your personal information, you may opt out by using the link .
Cookie settingsACCEPT
Manage consent