Lil Baby’s new album, “It’s Only Me,” is supported by his rise over the past few years, which may also help to explain the mindset behind such a frequently phony slog of a record. Naturally, it’s not necessary to pursue solemn, future-classic material, but “It’s Only Me” doesn’t offer anything particularly intriguing or catchy in terms of a collection of grinding bangers.

However, this album’s ambient trap, which lasts for 23 songs, mutes Baby into his customary sonic fare. The majority of the songs are under three minutes, however it wouldn’t be fair to praise Baby for not going overboard on these tracks since the record, aside from a recognizable change in the keys or strings that introduces each new song, essentially merges into one undifferentiated song. 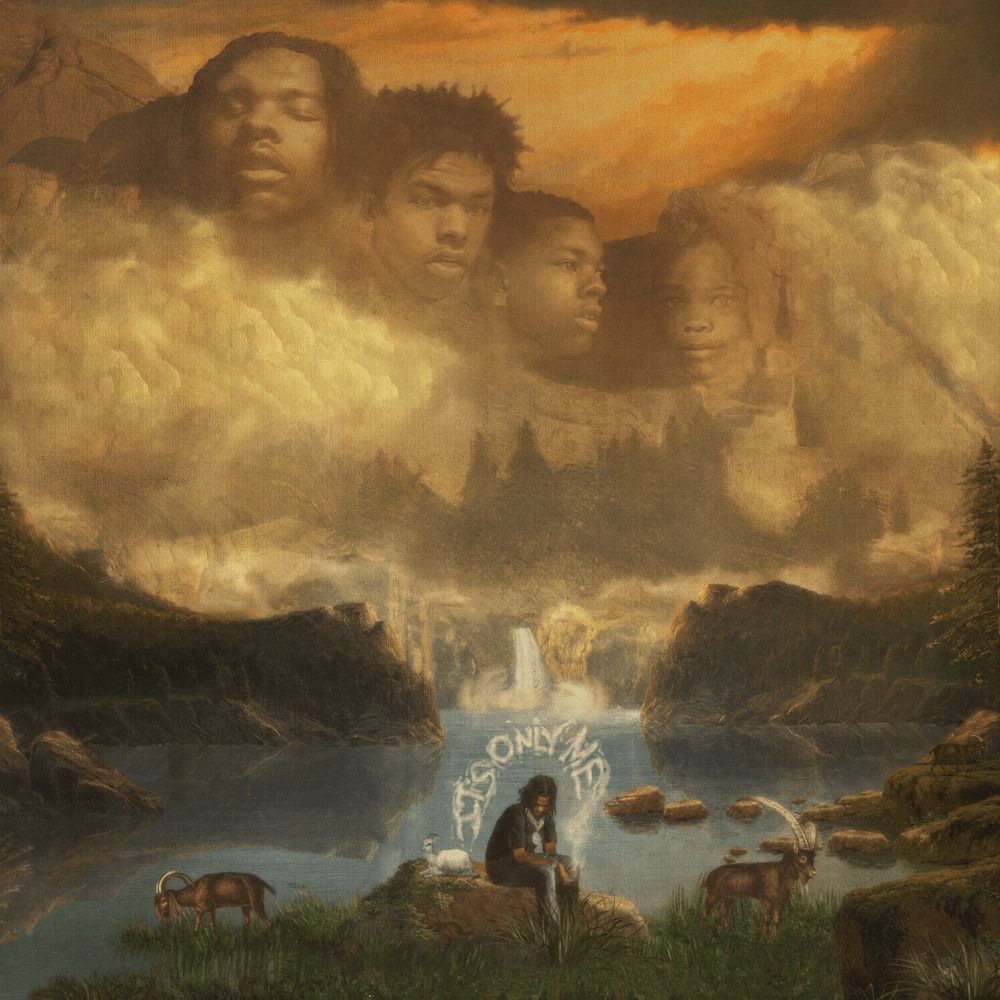 Lil Baby’s visage can be seen on each head of the Mount Rushmore-like sculpture that serves as the album cover for “It’s Only Me,” which is shrouded in a hazy sepia storm. It’s a little chutzpah that almost seems justified.

The album opens with “Real Spill” which begins with a sonorous, Soul background rendition that ushers in Lil baby’s vocals. His verses, though full of slick talk and braggadocio, casts light on his struggles, street cred and his rise to greatness. He reminds his critics of his influence to the streets and the game in general. The first track with a guest feature, “Pop Out,” has Nardo Wick on it. The track begins with smooth background vocals that carry a message of growth and grace. Lil Baby continues to talk about his gentle but steady rise to the top in spite of the limitations the streets posed to his establishment. Nardo’s entry changes the dynamics of the track, changing the key but not altering the song’s message.

“Heyy” is an easy-going track with the chorus and verses well-delivered. The beat composition is top-notch and the lyrics, as usual, comes loaded with slick talk as he talks about his relationships and flings. Yung Thug comes in on “Never Hating,” a cool Trap track delivered excellently. The duo speak against fake friends and relationships as well as mildly pointing out police brutality. “Forever” featuring Fridayy comes next beginning with the amazing vocals of Fridayy as he delivers a sultry hook. Lil Baby expresses how much he misses his estranged lover despite their troubles, confessing he really wouldn’t mind seeing her again. Moving on to “From Now On” with a guest appearance from Future, expect loads of drug-related chat tinged with braggadocio alongside slick talk. The duo speak about loyalty and announce taking it upon themselves to uphold their true image irrespective of how anyone feels.

With Rylo Rodriguez on “Cost To Be Alive,” there’s a lot of smooth and slick talk though the song’s message of determination and drive isn’t lost. “Stop Playing” featuring Jeremih has the singer rendering real sultry vocals which breathes life into the hook. A R&B/Soul rhythm that helmed with the themes of love and relationship and well, slick talk. EST Gee gets invited on “Back and Forth,” a typical Trap beat with great arrangement and beat sequencing ladened with even more slick talk.

“Shiest Talk” which features Pooh Shiesty, highlights of the street grind, and a shipload of irrelevant comparisons and braggadocio. You lot are rich for days. We get it, we promise. Rounding things off with the last track, “Russian Roulette,” Lil Baby’s versatility is on full display here as he tells a compelling life story which is tied to his family and loyalty. The beat arrangement is excellent and the guitar chords heard at intervals gives the song that captivating touch.

Vulnerability and motivation that often morphs into braggadocio.

Load more
Tags
Lil Baby
Ikedichim Chibundu Follow on Twitter October 15, 2022Last Updated: October 15, 2022
Check Also
Close
Load more
Back to top button
Close
We use cookies on our website to give you the most relevant experience by remembering your preferences and repeat visits. By clicking “Accept”, you consent to the use of ALL the cookies. In case of sale of your personal information, you may opt out by using the link .
Cookie settingsACCEPT
Manage consent