The Course of the Inevitable 2

Over a year ago, American rapper Lloyd Banks released the first installment of the album “The Course Of The Inevitable.” The album featured 18 solid tracks with contributions from Freddie Gibbs, Roc Marci, Benny The Butcher, Styles P, Ransom, Sy Ari Da Kid, and Vado. Also, the reception for the album was good.

Following the announcement of the second installment, the anticipation for it was crazy. Over the weekend, Banks finally delivered. The new “The Course of the Inevitable 2” is wreaking havoc on the airwaves. His fans believe that the work done on the albums deserves more praise than Hip Hop fans. We agree. It is incredible seeing the support he has gotten throughout his career. Banks has also voiced his gratitude. 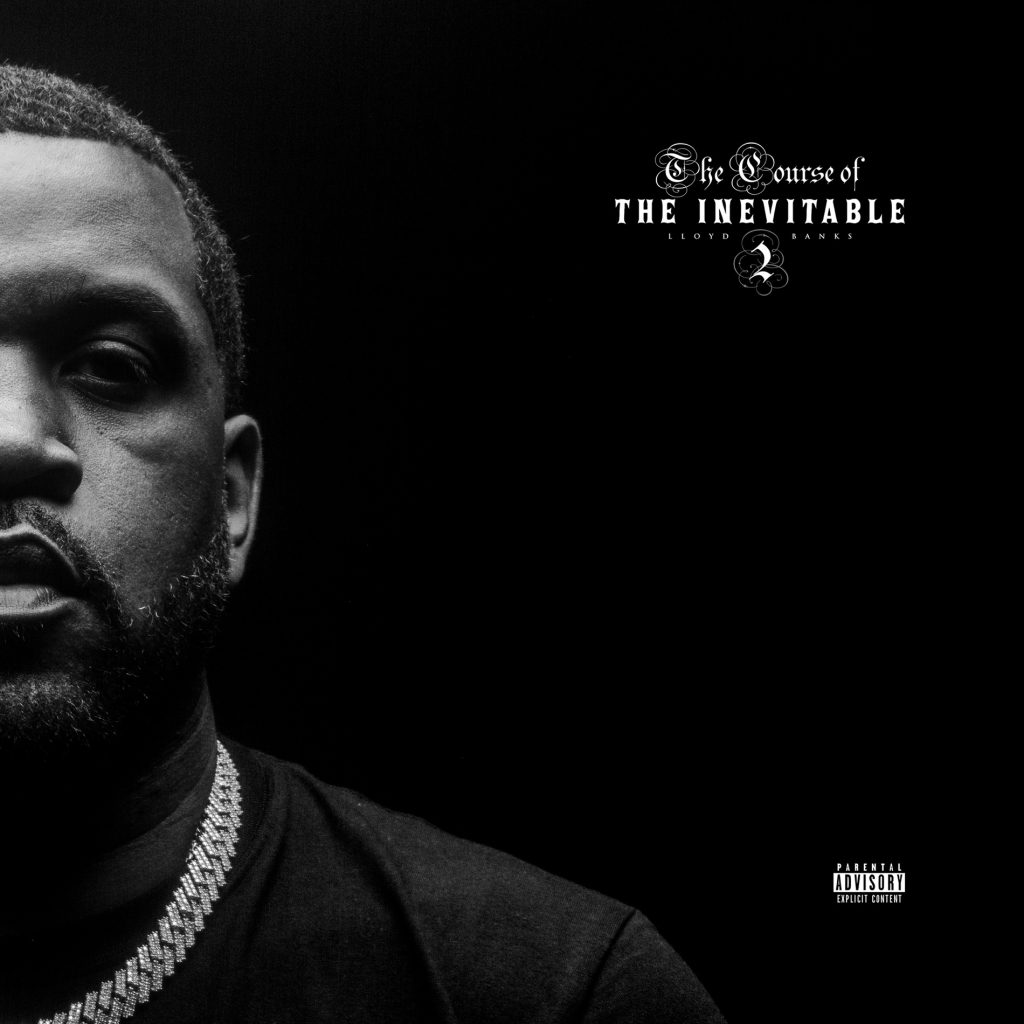 However, in the new one, Lloyd keeps it simple. The artwork is a cropped photo of him. Also, in black and white, he casually stares into the lens like he knows what he’s here to do.

The guest contributors on the new album are one man less than in the previous. The project features Conway the Machine, Benny The Butcher, Jadakiss, Tony Yayo, Vado, and Dave East. Lloyd delivers the rest of the tracks by all himself. Two artists, including Benny The Butcher and Vado, were featured on the first album. As expected, their delivery in his one is equally as impressive. The other contributors also did a great job on it. Lloyd maintained his dominance even in the collaborative tracks.

Before the album dropped, Lloyd whetted our appetite by releasing two impressive singles. They include “Menace,” featuring contributions from Conway the Machine, and the solo joint “Fell In Love.” A couple of the other tracks have also become fan favourites, including the Vado and Dave East feature “Traffic,” “Trapped,” “Power Steering,” featuring Jadakiss, and more. Some fans have stated that it’s hard to choose a favourite because, in their opinion, “the album does not have any skips.” Each track on the album tells a different story in a very intriguing manner. Indeed, Banks’ aim to capture attention with it worked.

The beauty of every Hip Hop album lies solely in the production and vocal delivery. Yes, lyricism is a huge deal, but some artists are better at the first two. The production of “The Course of the Inevitable 2” album is impressive. A couple of fantastic music producers are credited for this. They include Cartune, whose work on the first and second tracks “Impact” and “No Reward” were impressive. He also produced a majority of the tracks on the album. Fortnoxx, Fruition, Tha Jerm, Cryptic One, Doe Pesci, and Mr. Authentic are also credited as producers. Lloyd Banks and his collaborators all delivered laudable performances on the album. There is no doubt that Lloyd has not lost his incredible flow.

It would be fair to note that Lloyd Banks raised the bar with the new album “The Course of the Inevitable.” While he reduced the tracklist to 14 songs and the guest contributors to 6, Lloyd kept his vibe up and delivered. We can say the same for his collaborators. They all did a great job. The former G-Unit star gave his fans more reasons to remain loyal. You can also call the album his gift to the Hip Hop scene. In our opinion, it is one of the best Hip Hop projects out this year.