On his previous release, Nas declared that we would get “King’s Disease III.” On the latest leg of this trilogy and his 15th album, he makes a comeback to reaffirm his place among the all-time greats of hip-hop, his function within the genre, and the knowledge he believes he can pass on to newer generations. Hit-Boy also makes a comeback to oversee the entire production. 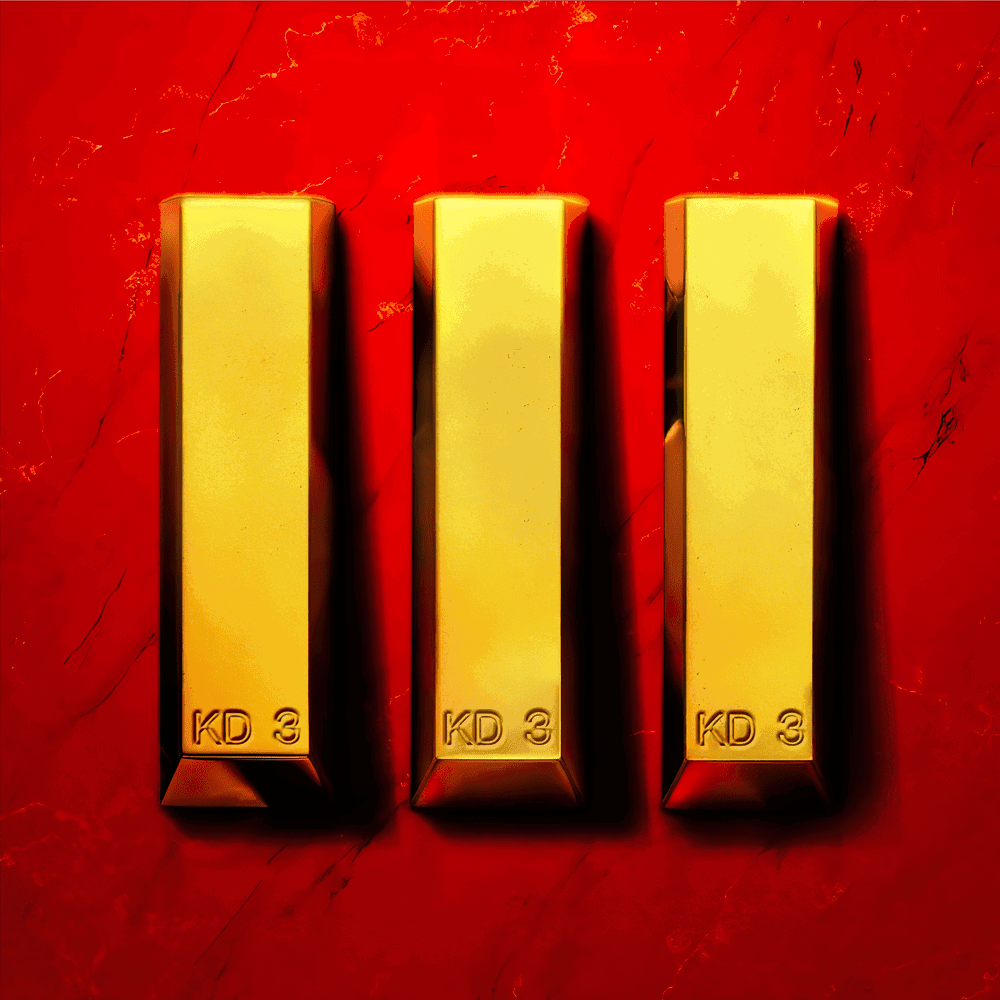 On a red surface three bars made with pure gold lie next to each other arranged like keyboard keys. This representation is most likely to showcase the affluence of a king by flaunting some of his prized possessions that have turned around to become a disease.

With “Ghetto Reporter,” the album gets off to a good start with a sample of comedian Richard Pryor’s song “Just Us” over a sequence of low tones that develop into an incredible piano- and bass-driven boom-bap melody. Nas raps on transcending hip-hop, largely as a result of mainstream music’s commercialization and micromanagement to appeal to broader audiences. He asserts that he has simultaneously gone “underground” and “overground,” pointing out that people hoping to make money off his music would probably prefer he didn’t.

The song “Legit” comes next with a clip from “The Five Heartbeats” movie. Nas candidly considers the benefits and drawbacks of taking chances in both the music business and the streets. He’s astounded by the success he’s been able to achieve as a result. The third song, “Thun,” samples the well-known diss song “The Bridge is Over” by New York’s Boogie Down Productions, in which Nas laments the persistence of violence and intramural conflict in hip-hop. He even raps about the way resentments may end and take on an ironic second life, bringing up his previous conflict with Jay-Z in particular.

Another strong boom-bap cut-up is provided by “Michael & Quincy,” which opens with some light scratches. Nas discusses how he has been able to carry over his sense of self-assurance from the streets to the stage. “30” comes after that and begins with an orchestral introduction and changes to an instrumental trap track with tremolo and organ. The song’s title alludes to Nas’ 30th-anniversary first album, Illmatic, and how it helped him become a worldwide sensation.

The upbeat, synth-driven song “Hood2Hood” is about neighborhoods coming together and looking out for one another. “Recession Proof,” which makes the most of very little with a dramatic, rumbling bass melody and rattling snares, is unquestionably the best-produced song on the album. Nas shows off his storytelling prowess by relating his experiences growing up in the hood. It almost seems like this has lost its way. On his initial release, it would have seemed completely at home.

In “Serious Interlude,” where he talks about a tryst he had with a committed woman and how jealously was raised, the rapper is critical of himself. The ego-boosting breaks of “I’m On Fire,” however, are immediately followed by Nas telling everyone what we already know: No one will ever be able to write songs as well as he does. Nas complains about other MCs who are prone to stunts and outlandish conduct receiving more attention than their music in “WTF SMH,” which has a lulling effect. Although that’s a strange complaint for one of hip-hop’s biggest stars, it makes a valid point about the tendencies of flamboyant attention-seekers.

The album’s final track, the extra track “‘Til My Last Breath,” features Nas reflecting on the difficulties he had while creating music in various times. Nas will continue to rap despite everything, including the restrictions of the socioeconomic norms he was subjected to when he was younger and the reactive and tense culture war that still exists now.

Nas spends the most of this album pondering about his youth and ascent to prominence, the immaturity of up-and-coming musicians, and the pervasive significance that mortality has over all of us.

Load more
Tags
Hit-Boy Nas
Ikedichim Chibundu Follow on Twitter November 12, 2022Last Updated: November 12, 2022
Back to top button
Close
We use cookies on our website to give you the most relevant experience by remembering your preferences and repeat visits. By clicking “Accept”, you consent to the use of ALL the cookies. In case of sale of your personal information, you may opt out by using the link .
Cookie settingsACCEPT
Manage consent