This album is best enjoyed from start to finish, especially late at night when you’re by yourself. The majority of the time, you won’t want to listen to this music alone or even with a group of friends. This song is for those who need some time alone to reflect on their lives. He has a long list of his go-to collaborators on the features, including Lil Uzi Vert, Gunna, and Lil Durk. 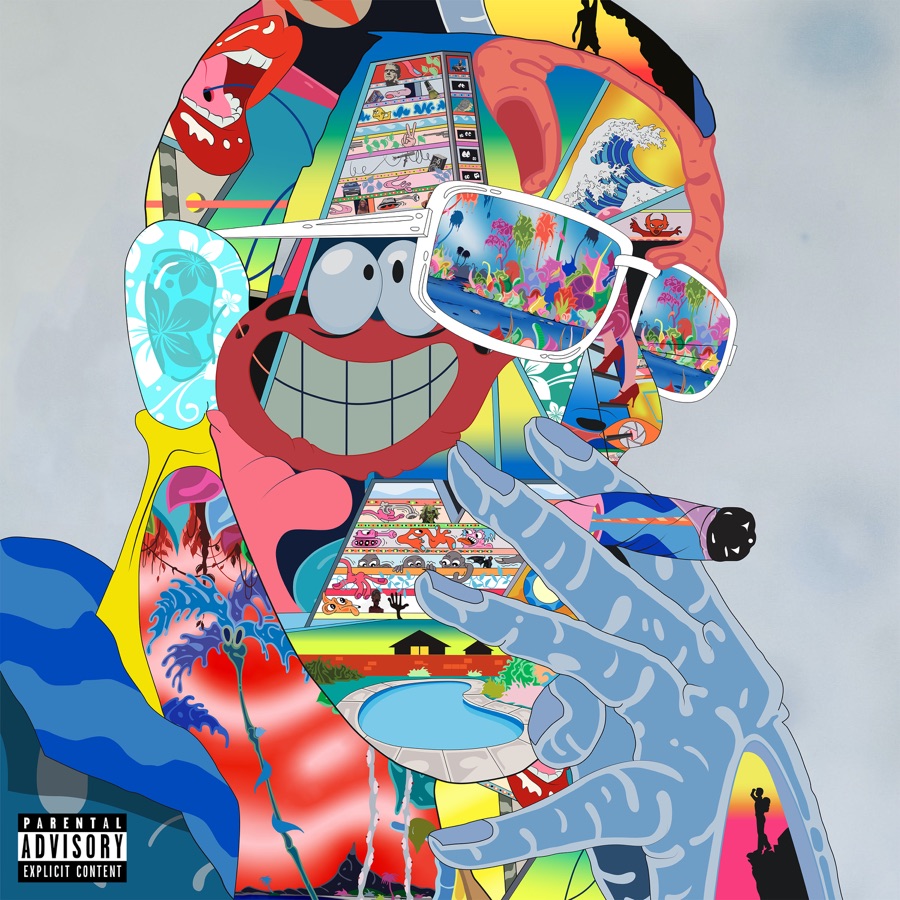 The very colorful and animated art design of this LP shows a man rocking some glasses and puffing on his cigar as a probable escape from the many things living running amok in his mental. Clearly, those are or seem to be his demons, which really begs the question, “is he the angel protecting them?” Whatever be the case, this is simply beautiful.

Storyteller NAV opens the album with a sublime intro, “Count On Me,” and what an introduction it is! The cool background vocals gradually usher in his vocals and lyrics which dissect real-life issues and experiences of his. Some bugging questions and fears of his are evident in this track. The next song is “Baby,” which veers into goes the Trap lane just seconds after some piano chords do their spicy thing. With accompanying background vocals that enter at intervals, the rapper shows the vulnerability in relationships and the topsy-turvy issues couples tend to be more aware of and are involved in.

The first feature on the track, “Dead Shot,” has Lil Uzi Vert on it. A typical Trap track with some vicious rap lyrics. Gangsterism, women, money, drugs, sex and basically slick talk are what this one seems to be on about. Both acts do a commendable job as, giving the right amount of energy the song needed. Lil Baby and Travis Scott come in next as guest appearances on “Never Sleep,” a song packed with some slick talk but which also adds a message of “keep grinding hard.” The trio go hard on their verses and chorus, singing their own praises, and marveling at their courage and consistency. There’s also a slight switch in the beat, towards the end of the track and for well-seasoned Trap heads, it’s an amazing listen.

“One Time,” featuring Don Toliver and Future, is yet another great listen. The production is just fantastic and Don Toliver’s vocals on the chorus is super sultry. Future also went in hard on his verse. Sex, drug-related indulgences and alcohol can be found stuffed in the lyrics. The self-confidence in their delivery is something very hard to miss.

Gunna comes in on “Playa,” and the promiscuity is laid bare on the track. The beat sequencing is great and the lyrics touch on being casanovas, bag chasers, druggies and of course, lacing it all with some slick talk. Lil Durk and NAV on “My Dawg” is a song that shows solidarity and care. The duet express their care for their imaginary friend, and in hindsight, for people who are going through “down moments.” Composition, lyrics and production are all on point here.

Lil Uzi Vert makes a comeback on “Interstellar,” and magic was again created. A good Trap track with the typical Uzi delivery. Bryson Tiller makes an entrance on “Reset,” and what a beautiful song this is! They acknowledge their problems, point out chauvinism in reality and suggest a reset and do-over for those relationships they consider to be on the edge. The cool R&B-type track has commendable production and the lyrics are a solid 9/10.

The last track, “Ball in Peace,” sees NAV expressing his unbiased views. Whoever or for whatever reason NAV wrote this song for, it definitely hits close to home and the emotions can be felt in the lyrics. The sonic fading at the end is a creative masterstroke that brings the album to an emotional yet satisfying end.

Showing vulnerability whilst enjoying life to the fullest in the same breath.

254Bodi, Aaron Paris, Ace (Producer), Alawais, BenjiCold, Boi-1da and a host of other great producers held down the album’s production.

Load more
Tags
Nav
Ikedichim Chibundu Follow on Twitter September 12, 2022Last Updated: September 12, 2022
Check Also
Close
Load more
Back to top button
Close
We use cookies on our website to give you the most relevant experience by remembering your preferences and repeat visits. By clicking “Accept”, you consent to the use of ALL the cookies. In case of sale of your personal information, you may opt out by using the link .
Cookie settingsACCEPT
Manage consent