This is Osbourne’s first record since “Ordinary Man” from 2020, and it builds on the collaborative vibe of that album. On his most recent record, Osbourne is joined by some of the greatest rock guitarists, as opposed to the prior, which teamed him with celebrities from the pop world. Some of the names are more well-known, with Tony Iommi and Zack Wylde both contributing to numerous tracks. Some are more unexpected, such Mike McCready of Pearl Jam, Jeff Beck, and Eric Clapton

Whatever physical conditions Osbourne may have, what is perhaps most impressive is how his voice’s distinctive timbre still holds up remarkably well. The songs on “Patient Number 9” are well-written, well-arranged, and well-performed—exactly what the heavy metal hero’s followers have come to expect from him. 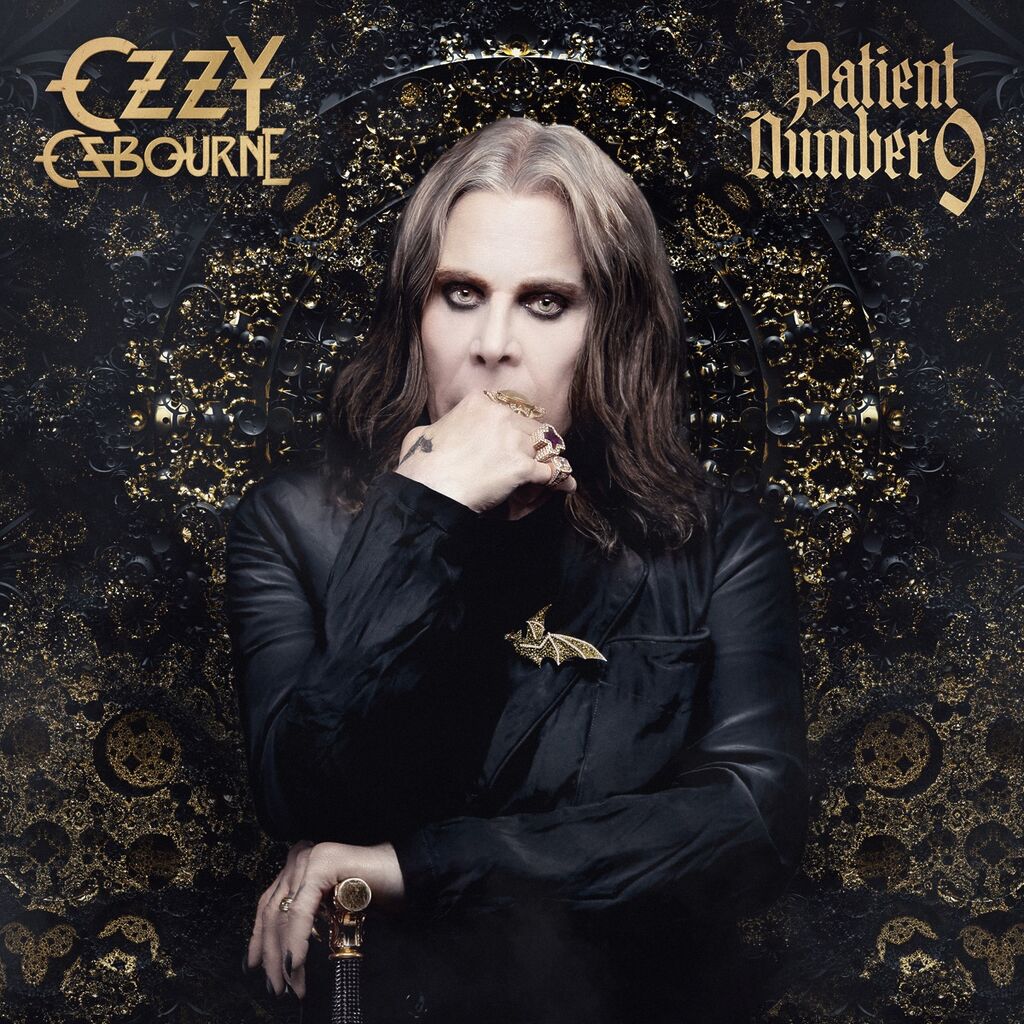 With his signature mascara-lined eyes and flowing blonde hair, Ozzy is seated on a magnificent throne-like chair, dressed in a black leather jacket and staring intently at the cam as he strikes poses with a hand covering his chin and lips while the other hand rests on a staff in his possession. Drawing inspiration from his recent life experiences of which his health challenge is involved, he sits like a person who is in the VIP section of a clinic, waiting in line to be called upon to see the doctor as Patient Number 9.

As the album’s first track, “Patient Number 9,” features the mesmerizing guitar work of Beck, who rips out a solo that isn’t an echo of his brilliant youth but rather the sound of a contemporary guitarist still seeking out new territory. His playing is unrelenting, strong, and enigmatic, increasing then slowing down, stammering and then fly to a conclusion. On the Beatles-inspired “A Thousand Shades,” Beck makes an appearance as well. Ozzy Osbourne sings the song’s most melancholy lyrics, which are delivered during the closing solo by Beck.

“One of Those Days,” Clapton’s lone feature, which more closely resembles his ultra-heavy power trio Cream than his early days as a Yardbird, leaves a strong impact. He opens with a classic blues lead that is graceful and flowing before switching to something a bit more explosive that demonstrates the Slowhand guitarist can still go loud and combative and probably should more often.

Jimmy Page is obviously absent from the Yardbirds guitar hero reunion, but the song “Immortal,” with layers of guitar work by Pearl Jam’s Mike McCready, Watt, and Wylde, nevertheless displays his presence. Ozzy delivers a frightening song about a vampire that is out hunting.

Iommi wrote the song “No Escape From Now” for the album, and it begins with a menacing acoustic intro to go along with Ozzy’s weepy vocal before playing one of his crushing, industrial-strength riffs. By any measure, it’s the album’s high point and a clue at what a continuous Sabbath reunion would have sounded like, if not for health problems and old resentments.

In a sense, the cosmic “Darkside Blues,” the album’s brief final track, concludes things with the same eerie blues echo that started Ozzy’s musical obsessions. Watt recreates some of the old blue notes that first inspired so many British rockers in the 1960s on the acoustic guitar with springy bottleneck strumming.

Lyrically, Osbourne talks from the viewpoint of a person nearing the end of their life, describing the loneliness, isolation, worries, and clarity that come with that situation.

Load more
Tags
Ozzy Osbourne
Ikedichim Chibundu Follow on Twitter September 10, 2022Last Updated: September 10, 2022
Check Also
Close
Load more
Back to top button
Close
We use cookies on our website to give you the most relevant experience by remembering your preferences and repeat visits. By clicking “Accept”, you consent to the use of ALL the cookies. In case of sale of your personal information, you may opt out by using the link .
Cookie settingsACCEPT
Manage consent