I Didn’t Mean To Haunt You

On “I Didn’t Mean To Haunt You,” Quadeca undergoes a total, irreversible transformation. On this new album, his frequently cheesy flow, voice, and lyricism from “From Me To You” and albums before are utterly destroyed as if they never existed. His lyrics feel wholly divorced from himself, his beats sound glitchy, wide, and overwhelming. In “I Didn’t Mean To Haunt You,” Quadeca has managed to craft something truly, dazzlingly great that is completely worthy of everyone’s time. 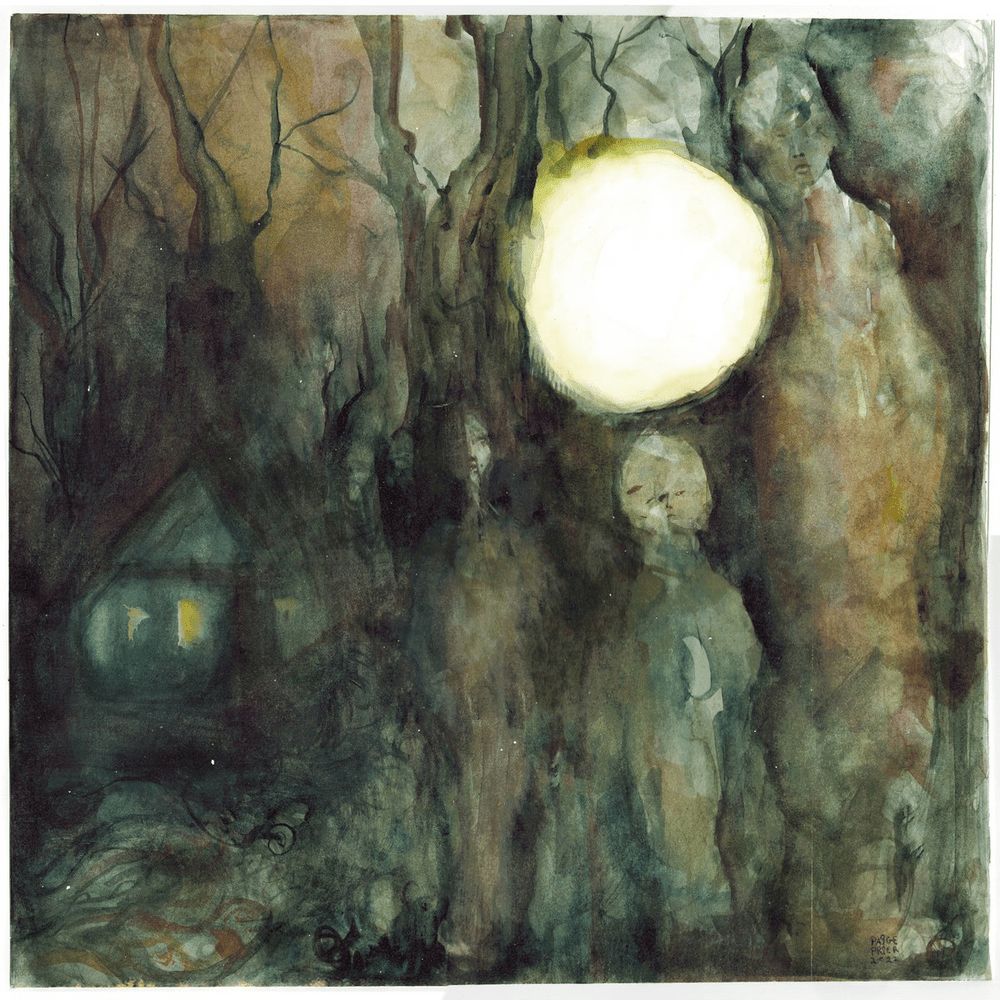 Though things are a little blurry, with some focus to certain details, you can spot three illustrated persons of different heights trudging through the woods with the tallest one amongst them following behind the other two. With the trees and what seems like the moon represented, there seems to be something else; something with the resemblance of a doorway to a small house that also doubles as an open eye watching and observing. Not eerie at all.

The song “sorry4dying” opens the album, greeting the listener with an outstanding production of repeated piano and horns in the opening thirty seconds. The narrator’s life and mental health are running out of gas. The song’s lyrics make it clear that the narrator has committed suicide and is returning to his childhood home, which is where the remainder of the album is set.

“Tell Me a Joke” track two begins with straightforward joke setups without a punchline. “Knock knock, who’s there? I wanna know.” You wonder if the person at the door to speak to the rapper is the one making these jokes while you remain silent. If not, who else? Ben starts to see how his loved ones respond to his passing. Ben thinks it’s unfair that his loved ones didn’t see any indications of his deteriorating mental health and finds it amusing that they remark it happened “too soon.”

The song “Don’t Mind Me” is crucial to comprehending the singer’s surroundings. The lyrics of the song perfectly capture the emptiness and torment that Quadeca is experiencing. It’s a lifeless, empty space that lies halfway between paradise and hell. When he visits his childhood home, he discovers his mother mourning and looking through old boxes of his belongings. He tries to reassure his mother that he will stand by her in the afterlife as he consoles her.

The following song, “Picking Up Hands,” would totally have you tremendously nostalgic for your younger years. While walking through the hallways, the singer sees things he remembers while also seeing his “mother’s eyes for the second time,” a reference to both his birth and his death. In the song, Quadeca lists the things his mother was always there for and expresses his desire for her to join him in afterlife.

“Born Yesterday” is a rather straightforward song in this album’s chronological progression. He claims right away that he “wasn’t born yesterday” and that he thinks his mother is “lyin” when she claims to be alright and dealing with his passing. The “House Settling” track is both the most significant and the darkest. The American rapper Danny Brown is featured on the song, and he raps from the viewpoint of carbon monoxide. Quadeca claims that his family has abandoned him, and he feels trapped and alone. He thinks his family has grieved too quickly.

The album’s final song, “Cassini’s Division,” is the most challenging to understand. A mystery man is responsible for the discussion heard throughout the song, and some of the production design is done by Thor Harris of the Swans renown. The song contains outstanding production and a powerful spoken word segment with minimal vocal performance. He declares himself to be dead and surrenders to the void. The song’s final few minutes are entirely static as the album comes to an end. Pretty, pretty dark.

With the sophistication of a seasoned musician, “I Didn’t Mean To Haunt You” bends sounds, genres, and themes of death, loss, sadness, and suicide.

The entirety of the album was produced by Quadeca.

Load more
Tags
Quadeca
Ikedichim Chibundu Follow on Twitter November 21, 2022Last Updated: November 21, 2022
Check Also
Close
Back to top button
Close
We use cookies on our website to give you the most relevant experience by remembering your preferences and repeat visits. By clicking “Accept”, you consent to the use of ALL the cookies. In case of sale of your personal information, you may opt out by using the link .
Cookie settingsACCEPT
Manage consent