Return of the Dream Canteen

The band’s follow-up, the equally lengthy “Return of the Dream Canteen,” was released six months following the massive Unlimited Love. The band’s recording sessions with musician Rick Rubin appear to have been successful. The new album has 17 tracks, most of which are between four and five minutes in length. In any case, more than 75 minutes of music is a remarkable accomplishment.

The album’s sonic direction continues directly where “Unlimited Love” left off, and in keeping with Rubin’s fashion, there isn’t much extraneous filler. Most of it sounds like four dudes jamming in a room. It’s a rock album with little polish. Although its highs and lows are more evenly distributed than its predecessor, “Return of the Dream Canteen” remains a strong, albeit overstuffed, record. There is lots of good content available, as well as some that is not absolutely necessary. 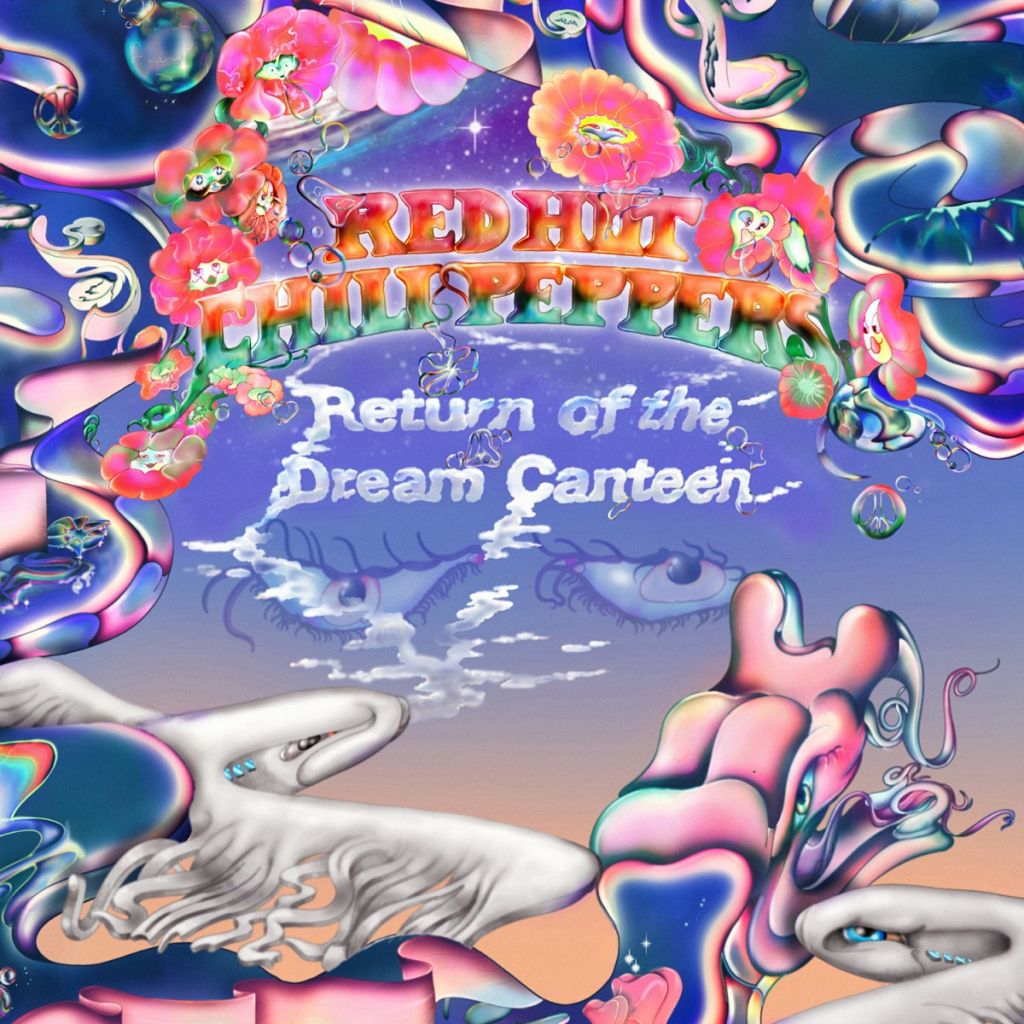 On the trippy cover art for this LP are warped but colorful designs iare effortlessly mixing into and passing through each other as they float about. And to further give cadence to the album title, looking closely, your eyes will get opened to a pair of tired eyes peering wearily at what would seem like the components of a coocoo dream.

The album immediately accomplishes a goal that its predecessor’s record seemed to lack. With a far more energetic attack, the funk groove on “Tippa My Tongue” stands out. While Anthony Kiedis’ trademark quick non-sequiturs are spewed out in his trademark cadence, the band plays with precision. A mature but funk-driven sound makes it a far more recognized iteration of the Chilis.

The velocity of even more mid-tempo jams, such as “Peace and Love” and “Reach Out,” improves as bassist Flea and drummer Chad Smith engage in a groovy bass groove. There are echoes of Chilis’ iconic song “By the Way” in the opening notes of “Eddie.” The song itself takes a more somber turn. It tells the tale of Edward Van Halen’s time on the Sunset Strip as a memorial to the late musician. The song ends appropriately with a fiery solo by guitarist John Frusciante, paying respect to the god of rock guitar.

A more dynamic tone is found in “Fake as Fuck,” which begins as a calm, melodious ballad before changing into a groove-forward track. “Bella” is one of the better songs on this album because of its upbeat bluesy funk. The songs “Handful” and “Shoot Me a Smile” return to the same more mellow mid-tempo beat.

“Roulette” and “My Cigarette” are perfectly fine songs, but they lack the album’s overall impact. The songs “Bag of Grins” and “Carry Me Home” sound more like the Red Hot Chili Peppers’ most recent albums, while “Copperbelly” and “Bag of Grins” are more like a basic rock and roll song. Funky blues rock with a dash of rhythm.

With another blazing guitar solo by Frusciante on “Afterlife,” things pick back up. Meanwhile, the catchy “The Drummer” is an upbeat, acoustic punk song. Other standouts include the ballad “La La La La La La La La,” which is unexpectedly complex and powerful and features lush and vibrant harmonies. If only there were more of Kiedis’ modest, unassuming performance on this album or Unlimited Love. The ethereal and lyrical “In The Snow,” which includes a semi-spoken verse by Kiedis, serves as the album’s conclusion.

“Return of the Dream Canteen” is a vast album, yet buried within it is a progressive record on which the venerable California rockers take chances, forge new paths, and interact with their surroundings.

Load more
Tags
Red Hot Chili Peppers
Ikedichim Chibundu Follow on Twitter October 14, 2022Last Updated: October 14, 2022
Check Also
Close
Back to top button
Close
We use cookies on our website to give you the most relevant experience by remembering your preferences and repeat visits. By clicking “Accept”, you consent to the use of ALL the cookies. In case of sale of your personal information, you may opt out by using the link .
Cookie settingsACCEPT
Manage consent