Las Ruinas finds Rico Nasty engaging with the vulnerable side of herself more often: when that tough-as-nails exterior gives way to a sweeter, softer core without losing any of what makes Rico Nasty’s music so invigorating. Las Ruinas is a more low-key, less aggressive project than what we’ve come to expect from Rico, but it’s still pretty great. 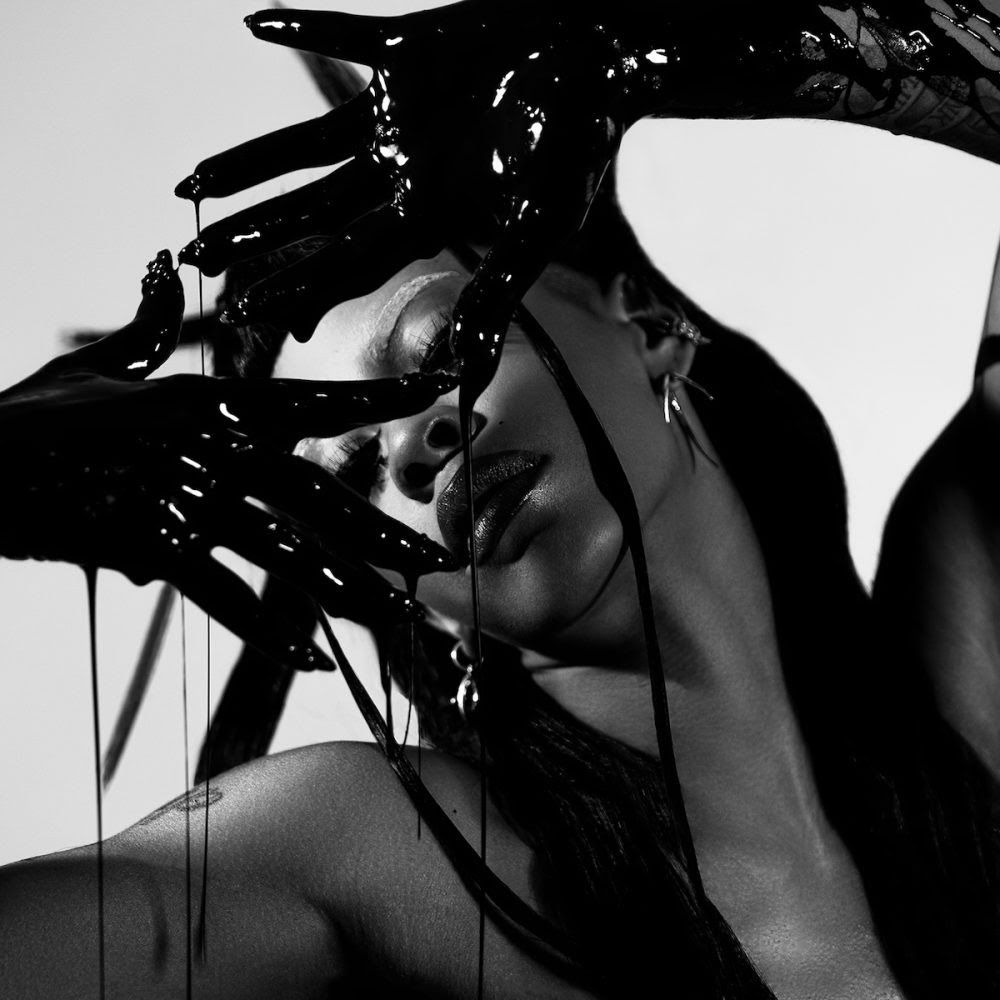 On the black-and-white-themed portrait that is the cover art for Las Ruinas, Rico can be seen with her hands dipped in some black, gooey liquid raised to her slightly bent head as the liquid substance trickles down to the floor. She seems to take the form of a person who had been photographed in the middle of some unusual dance ritual, someone in motion lost and floating in the rhythm.

Rico gives the dance floor more of her entire focus. “Messy” has a disco-like framework and soars on the strength of Teezo Touchdown’s silky hook. “One On 5” has a steamy, pulsating sound similar to sucking on a lime. On “Dance Scream,” she dabbles in dancehall, while on “Skullflower,” she raps over an alternate universe Crystal Castles track.

There is a surprisingly challenging collaboration with EDM king Marshmello. Rico adds her touch to “Jungle,” a recent smash from English producer Fred Again.., giving it two minutes to cook before she enters to tear it up. But, of course, a few songs continue to have Rico Nasty’s distinct fire throughout.

Rico is in an excellent shit-talking form on “Intrusive,” which is guttural and industrial, yelling, “You bitches suck!” and shooting at anyone who attempts to match her intensity: “I’m your favourite rapper’s favourite rapper, know you peeped it/ You can keep your compliments, my confidence don’t need it/ Took my flow, and used it, bro, you might as well just keep it.”

On “Vaderz,” she trades off lines with Atlanta’s Bktherula, talking again about copycats: “She got a fan page of me, she a stan. That bitch a carbon copy, she a scam.” “Black Punk,” on the other hand, sounds like a rallying cry for all the people that Rico has inspired, an exciting moment that’s still spiky and inhospitable.

Her lyrics are still really humorous. The boiling, creeping “Blow Me” contains a joke in which Rico adopts an Australian accent and declares, “And he go down under, g’day mate!” While “Gotsta Get Paid,” which sounds like a flip on a Danny Brown beat and was co-produced by 100 gecs, has a line where she goads: “Bitches smoke my weed/ Now she’s wheezing with the COVID cough/ Smoke it all or don’t smoke at all, motherfucker.”

Rico is great at poignant and ludicrous, often in the exact moment, like she was on “Messy”. The best of her vulnerable tracks on the project are “Easy” and “Into The Dark.” On “Easy,” she warbles about how often she’s down in the dumps: “Mess up my makeup so my fans don’t think I was crying before I got on stage/ I find the ugly things beautiful, guess that explains what I am,” she says.

And on “Into The Dark,” she grazes up against emo-rap, nudged along by an insular, shadowy beat while she talks about feeling abandoned and alone: “I saw this in a dream I had, you stormed out of my house so mad, I ran after you into the dark.”

Rico is more openly vulnerable throughout Las Ruinas, especially on the last run of tracks, where she emotes over guitars about the many hurdles that life has thrown at her. This vulnerability has always been a part of her music; even at her nastiest and most debauched, the attitude is often a front put on to obscure some very real feelings.

Marshmello, 100 Jecs, Fred Again.., 18YOMAN, Danny Couture, Dirty Dave, Earl on the Beat and Rico Nasty herself, amongst others, worked on the mixtape’s production.

Load more
Tags
Rico Nasty
Ikedichim Chibundu Follow on Twitter July 25, 2022Last Updated: July 25, 2022
Back to top button
Close
We use cookies on our website to give you the most relevant experience by remembering your preferences and repeat visits. By clicking “Accept”, you consent to the use of ALL the cookies. In case of sale of your personal information, you may opt out by using the link .
Cookie settingsACCEPT
Manage consent