The third edition of Roddy Ricch’s Feed tha Streets series has been released. The Compton rapper made the announcement last year only a few days after Live Life Fast, his sophomore studio album, was released. The 15-track album features contributions from Ty Dolla $ign, Cubeatz, Sonic, Turbo, and others in addition to the Durk cut.

“Feed Tha Streets III” lacks the iconic Roddy Rich radio smash and is just too uneven and repetitious. He struggles to stay on the beats too frequently, frequently using unnatural flows, and doesn’t offer enough content to make the project worthwhile to listen to in its whole. We can only hope that Roddy intended Feed Tha Streets to be a trilogy and nothing more. 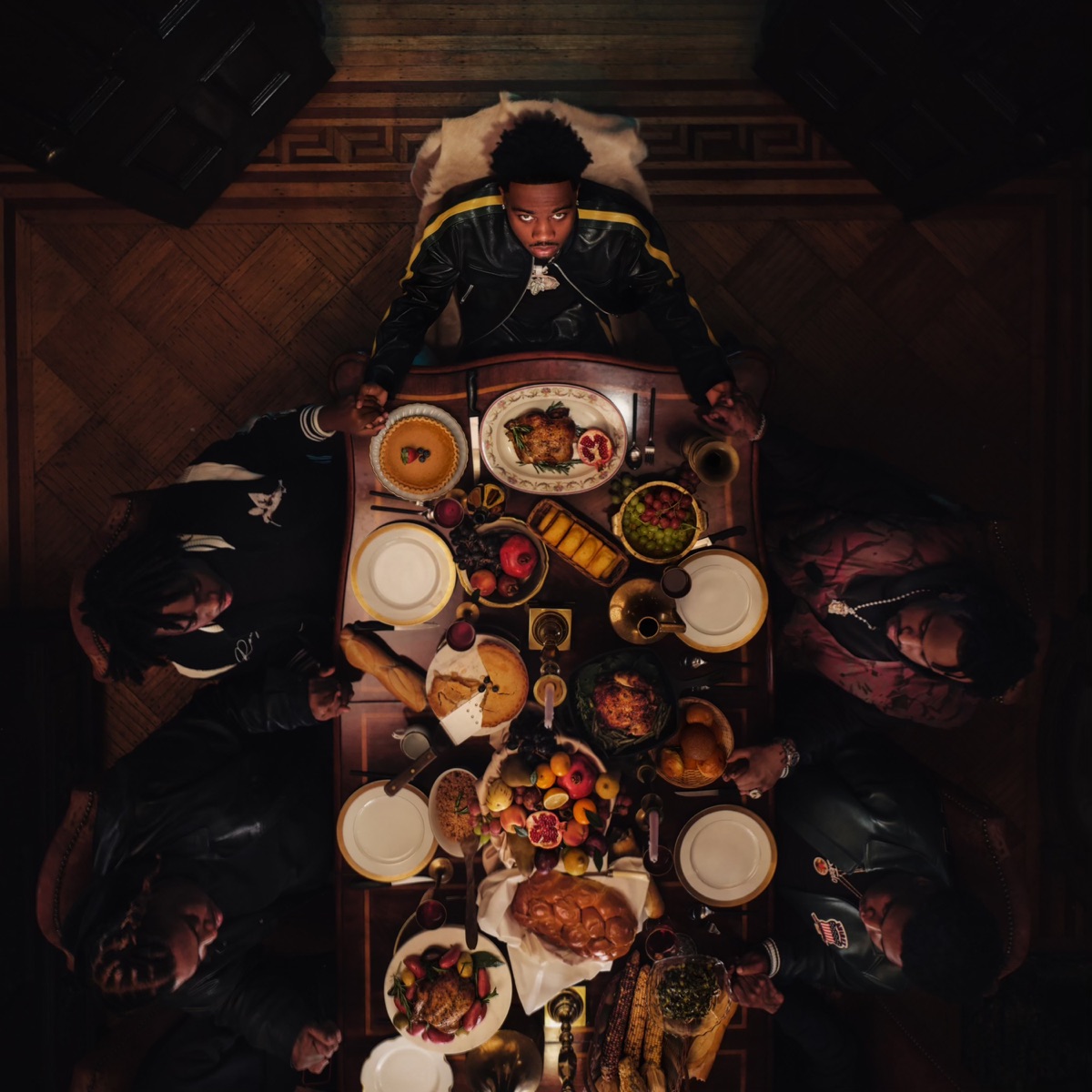 Roddy looks up at the cam from one end of the long table displayed on this album cover. But he is not alone. Around the table, he has four guys on both sides, and on the table itself are all dishes of all sorts. While Ricch already has his some food on his plate, the men with him are getting warmed up to feast. A great cover that truly supports the album title.

The rapper opens the album with “Just Because,” which features a trap-style beat and lyrics on brotherhood, justice, togetherness, love, drug usage, street struggles, and eventual triumph. The track has an unsettling sense, yet in a pleasant way, thanks to the underlying piano notes. This track serves as an appropriate introduction to the listener’s journey because of the excellent artist delivery. Next is “King-size,” which features a bunch of unnecessary slick talk despite the fact that he discusses his challenges, ascent to fame, family, devotion to religion, his vision, and setbacks and successes.

Ricch promotes his game and growing popularity in “Heavier.” The rapper enters to a piano/electric guitar intro and begins Trap-singing about the rumors that are circulating about him and his impact on the game. The lyrics mostly cover gangsterism, his worth, street cred, drug-related indulgences, hoes and set-ups, as well as some slick talk, of course.

Roddy sings and raps to his lover in “Favor For a Favor,” asking her to return his favors as he continues to express his true feelings. The song opens with an R&B-tybe beat interlude. This song that expresses his sentiments to his significant other is typically about love and relationships with a dash of slick talking and utilization of sexually explicit content.

Lil Durk is featured on the following song, “Twin,” which is the first feature song on the album. The duo provide excellent composition and delivery for the listeners’ enjoyment, even though the song contains a lot of slick talking, showoffs and heavy vulgarity. There are also references to friendship, fashion and relationships. The outro, which features piano chords and some sort of bell ringing in the background instrumentation, marks the end of the song.

The second feature song on the album is “#1 Freak” with Ty Dolla Sign. Background singers sing some sort of soulful, sonorous beginning to the tune that combines elements of R&B and Soul. When taking into account vocal skill, dynamism, composition, and production, the duo’s performance makes this track among the nicest if not the best on the album.

“Letter to My Son,” the album’s final track, opens with an intro of guitar chords. Roddy sings about being a father, being grateful for the journey, his relationship with his lover, and trying to inculcate qualities in his son so that he grows up better than he did. He raps about topics like love, family, passion, desire, and even includes his child’s voice in the background as the song ends with soothing acoustic chords.

Besides the unnecessary slick talk, the rapper shows some sides of his life and journey as an artist.

Producers on the album include 254Bodi, 7ink, Aaron Bow, Adriano, Alek Beats, Ambezza, B3 Productions, Beezo, Blom, B. March, brody, Byrd, Cam Griff and many others.

Load more
Tags
Roddy Ricch
Ikedichim Chibundu Follow on Twitter November 26, 2022Last Updated: January 3, 2023
Check Also
Close
Back to top button
Close
We use cookies on our website to give you the most relevant experience by remembering your preferences and repeat visits. By clicking “Accept”, you consent to the use of ALL the cookies. In case of sale of your personal information, you may opt out by using the link .
Cookie settingsACCEPT
Manage consent