Not Just A Girl (The Highlights)

Shania has returned with a best-of compilation effort called Not Just a Girl: The Highlights and a Netflix documentary with the same name. The documentary and the soundtrack (which features all 18 songs in chronological sequence) are intended to be viewed and heard together.

By no means are the 18 songs spread among Shania’s five albums sufficient to represent all of her best songs. Although the 18 songs featured throughout the documentary are excellent, there are a few that are missing from this selection and would have merited some sort of representation in the film. 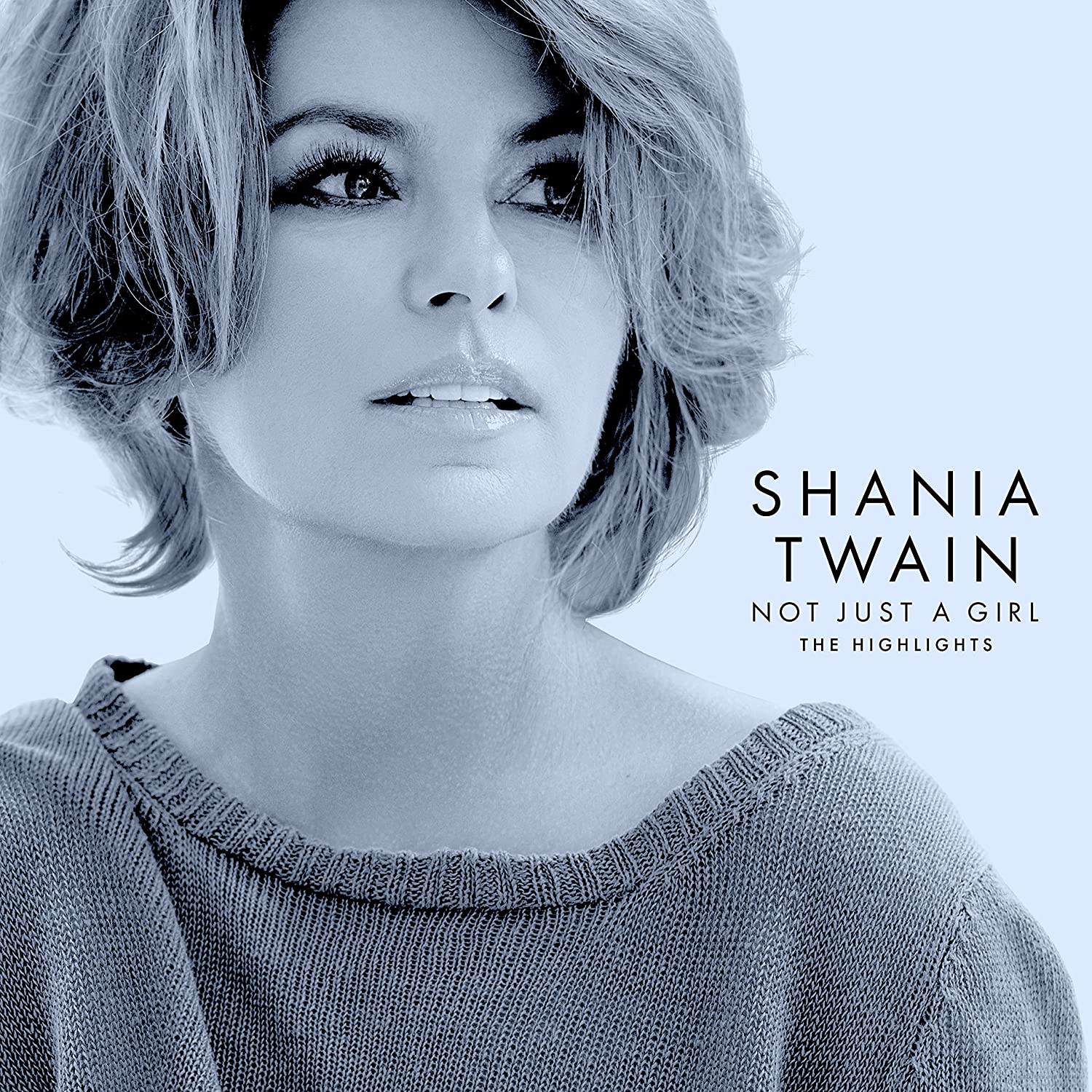 In the simple, grey-themed portrait, Twain’s young face is glowing like a successful career woman and mother randomly staring into space on a regular day, fitting for the album’s theme.

Harmonizing into the album’s intro, “Not Just A Girl”, Twain seems very certain of what she wants from her love life and life in general. Yes, she wants the love and affection that comes with having a man around, but she also will not be tied down because she has big dreams of her own that comprise of touring and taking over the world. The song is an ode to womanhood.

“Man! I Feel Like A Woman!” comes with a freedom of expression and style, as we hear a free-spirited Twain sing about losing all inhibitions for once and going out into the night to have some peak fun with her girls. The experience gives an adrenaline rush which she did her best to transmit through each line of the catchy chorus.

On the country-themed “Any Man Of Mine”, she basically creates an audio list of Dos and Don’ts for any prospective man of hers. Heck, she even wants the man to always agree to and with her on everything with every second in a minute she changes her mind. Either you stick to her rules or look the way of the curb.

She brings words of reassurance to her man on “Don’t Be Stupid (You Know I Love You)” in which she also chides her man for ever being in doubt of her love for him when he sees her publicly engage with other men in conversations and other formalities. Trust is all she could ever ask for.

Bringing with it a rush of nostalgia, “From This Moment On” with Bryan White, the sole feature on the body of work, appeals to your sweet side in its own mysterious and loving way. Both artists blend into some top-tier musical synchronization as they complement each other’s unique voices especially on the chorus and toward the end of the love song. A big, big lover’s anthem back in the day. Still remains evergreen so many years after. Just amazing.

She takes a deep breath and lets her hair down on “Honey, I’m Home,” as she rants about out all the many drags of the spent day. The most draining part is her mentally unstimulating job that she cannot wait to get away from at the end of a super tedious day, so she can bolt home to her lover, her safe haven.

She shows us her vulnerable side, admitting without shame that “Love Gets Me Every Time.” The song has a good dose of Country poured into it which helps set a better time for the song’s love theme. She could start out tough and also seem that way but always gets melted by love along the way and she frankly can no longer help herself.

Closing the album on a positive note, Twain takes pride in how far she has come on the road to self-healing and in general, her personal journey so far because she already visualizes just how beautiful the future looks on “It’s About To Get Good.”

This 18 track album is a fair and accurate representation of Shania’s career, in spite of many other songs being missing from it.