On the whole, “Married Alone” is one of the year’s most notable albums so far. This album deserves to be thoroughly examined because of Sweeney’s masterful storytelling and distinctive vocals throughout, as well as her blending of traditional country, blues, and 1970s California rock. It is also a remarkably potent piece of work. Although you feel like you’ve been through the wringer at the end, it also feels really uplifting since she truly takes you along for the emotional voyage with her. 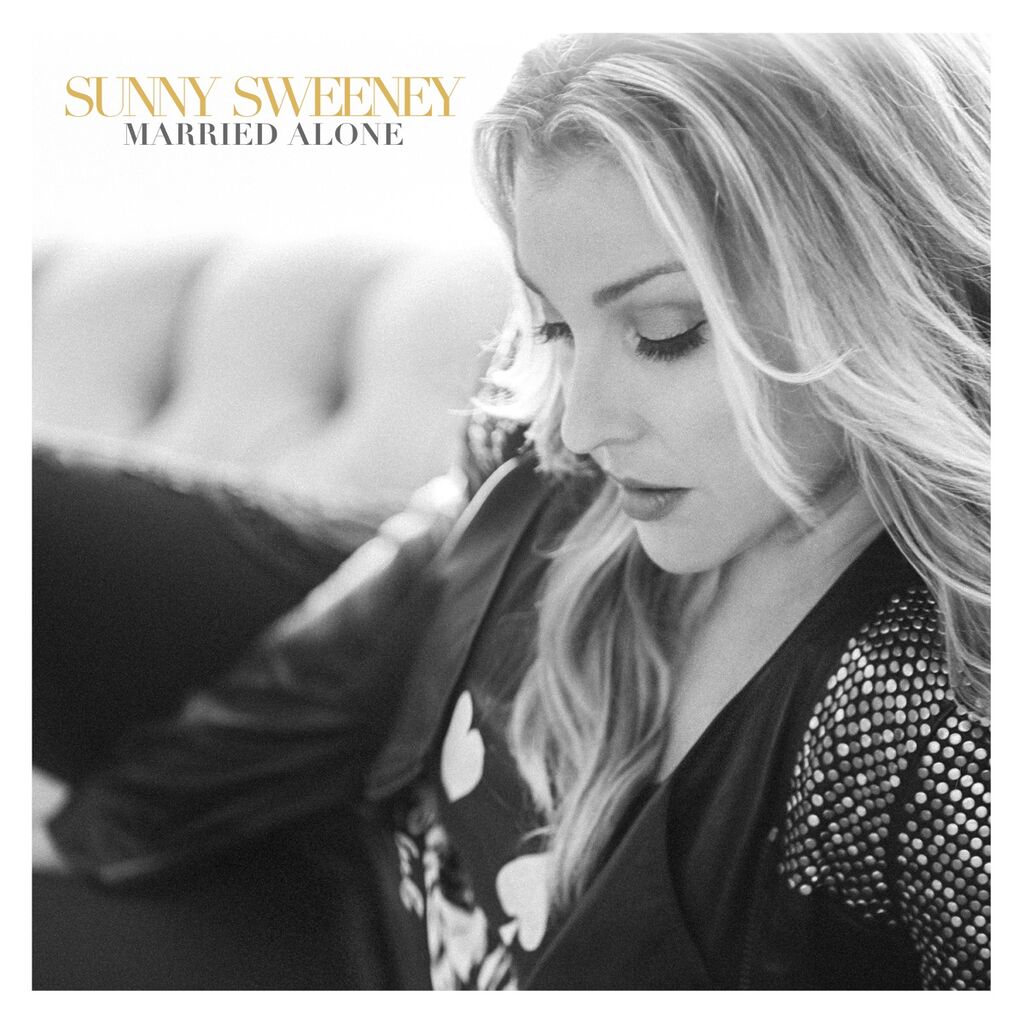 Resting on a couch, Sweeney, in a chic outfit, has her head bent as her gorgeous blonde hair falls over the sides of her face. Though, she managed to appear beautiful, it still looks as if something is eating away at her, judging from her countenance and disposition. This representation also goes quite well with the message contained in the album title and album in general.

The album’s first song, “Tie Me Up,” which features a twangy guitar melody and traditional-sounding fiddle, serves as the blueprint for much of the remaining twelve tracks. The song has a lot of sass about it that contributes to the playful, tongue-in-cheek air, and you will adore the richness and drawl in Sweeney’s vocals as she sings of wanting her independence and not committing to one person. It has terrific enthusiasm and is a great beginning.

She has a remarkable ability to transition from songs like the powerful, classic rock-influenced “Easy As Hello,” which manages to blend a fast beat with heartbreakingly melancholy lyrics, and the slowed-down, reflective “How’d I End Up Lonely Again.” The latter song in particular brilliantly improves Sweeney’s voice’s depth and huskiness thanks to the sumptuous string accompaniment.

The title tune, “Married Alone,” with its minimalistic arrangement and sorrowful delivery, is one of the album’s early highlights. Sweeney and her duet partner, the famous Vince Gill, have such lovely harmonies throughout and make a fantastic job of communicating the rawness of knowing that your relationship is slipping apart and there’s nothing you can do about it. This song is an immediate classic because it is so vivid and harsh.

Another one you can’t help but love is her work with producer Paul Cauthen on the melancholy, nostalgic “A Song Can’t Fix Everything,” which is a perfect example of how music can bring back memories thanks to its slapping beat and shuffling rhythm. With its quick-fire tune, powerful rhythms, and kiss-off energy as Sweeney sings of desiring the gratification of her lover coming back, “Someday You’ll Call My Name” is a complete contrast to the tracks it lies between.

Other songs include the pounding “Want You To Miss Me,” which has the feel of driving down a desert highway and a genuine sense of empowerment from Sweeney’s delivery, and “All I Don’t Need,” which combines a heavy, jarring melody with vivid details of Neil Young playing on a tumultuous trip to the mountains.

Before transitioning into “Still Here,” Sweeney finishes the album with the bluesy, sardonic “Leaving Is My Middle Name,” which features the wonderful phrase “I’m a chance you don’t wanna take.” The album’s closing track is a stunning, acoustic-driven hymn to the strength of resiliency and perseverance that particularly emphasizes Sweeney’s vocals and has a raw, unpolished feel that deepens the connection with the listener. It’s so real and makes you feel like you went through the entire process with her before coming out on the other side in a good position.

Sweeney wrote a significant portion of the album after getting divorced, and what stuck out was how masterfully she captured the emotional rollercoaster that comes with a significant breakup.

Load more
Tags
Sunny Sweeney
Ikedichim Chibundu Follow on Twitter September 23, 2022Last Updated: September 23, 2022
Back to top button
Close
We use cookies on our website to give you the most relevant experience by remembering your preferences and repeat visits. By clicking “Accept”, you consent to the use of ALL the cookies. In case of sale of your personal information, you may opt out by using the link .
Cookie settingsACCEPT
Manage consent