Being Funny In a Foreign Language

“Being Funny in a Foreign Language,” the group’s fifth studio album, is a relatively understated effort that returns to the band’s early work’s ’80s-inspired sound palette. The LP has an analog warmth because the band only uses live instruments the entire time. Even at its smoothest, Jack Antonoff’s production makes the music of Healy and company feel authentic.

The songs are catchy almost right away, but they have unexpected twists like faint spoken-word samples and strange bits of distortion on the guitar and piano. They are also subtler and pricklier than a first listen might imply. And the 1975 employs these textures with more finesse than a lot of the music that served as their inspiration. 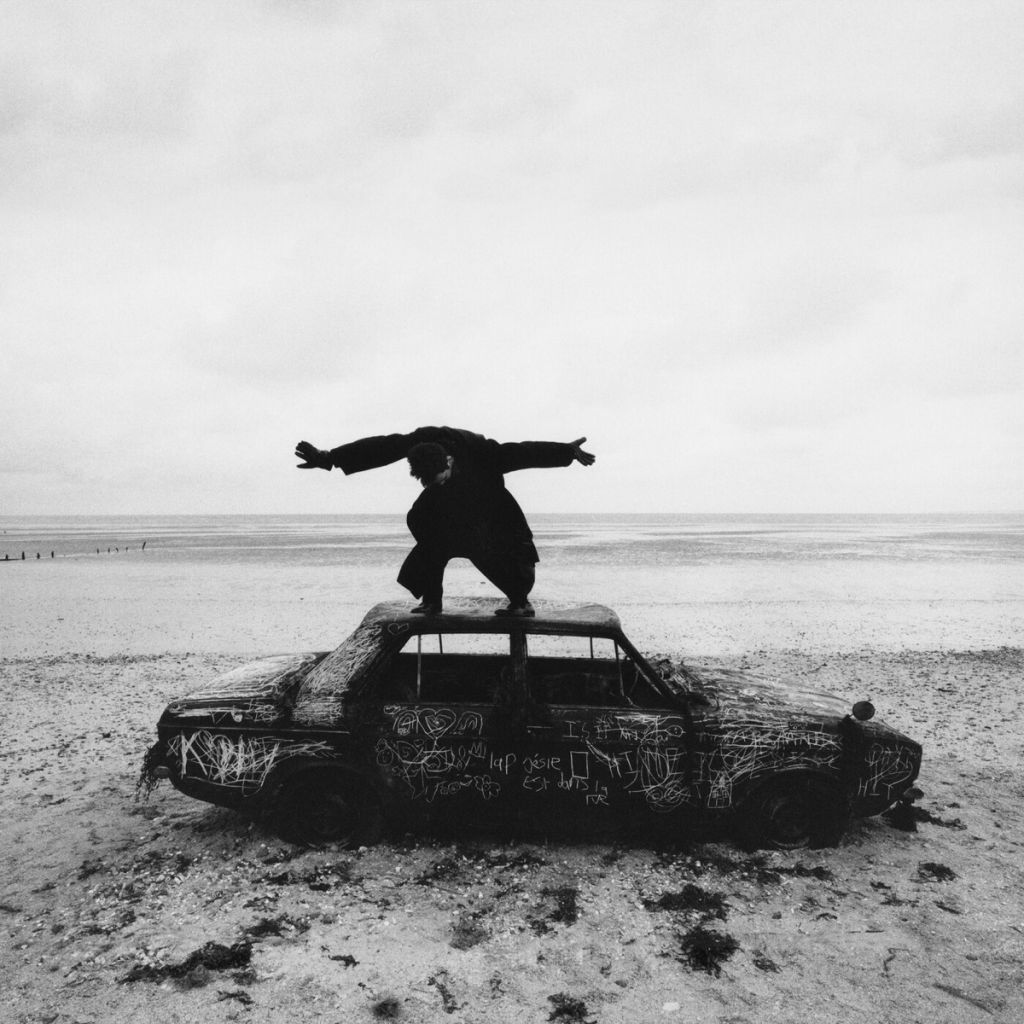 A man in black takes a bow on top of a vehicle that has been burnt to crisp. The burnt car with patches of soot scattered around it can be seen sitting on the bank of what appears to be an ocean. If there’s a funny undertone to this art, then it is a bit cryptic or hidden in plain sight.

Healy is at his wordiest in the debut song, “Part of the Band.” The understated arrangement sneaks into your veins while you’re not paying attention, its cold indie-folk evoking Sufjan Stevens and Bon Iver.

The following single, “Happiness,” gave listeners a more accurate impression of the album’s mood since Healy sounded so hopelessly in love that he has lost all sense of time and space. The song’s hook, which is as persistently catchy as the 1980s radio hits it is modeled after, highlights the difficulty of this band’s balancing act: reducing pop pleasures to their most basic form while also making room for front-man and songwriter Healy’s unmistakable (and decidedly not simple) talents.

The album works with Jack Antonoff as its producer and adopts a more natural style, which gives songs like “Happiness” and the follow-up hit “I’m In Love With You” a blissful buoyancy. The melody of Beyonce’s “Sandcastles” may be heard in “All I Need to Hear,” but the band transforms it into something wholly original.

Healy continues to be adventurous and subversive, happily taking unplanned detours, such as the ominous undertones of “Oh Caroline,” which may be the first significant love song to lament “getting cucked,” or the sarcastic, manly posturing of “Looking for Somebody (to Love).” The latter examines the mind of a mass shooter and touches on concepts related to “incels” and lovelessness.

In “Part of the Band,” the singer careens into a fun-house of layered self-awareness and wonders, “Am I ironically woke? The butt of my joke? Or am I just some post-coke, average, skinny bloke calling his ego imagination?” One of the most satisfying sights in modern music is still watching him discover exactly who he is.

The final two songs on the album are two heartfelt ballads. While the country-tinged “When We Are Together” leans into the deft songwriting of pop’s best storyteller, Taylor Swift, the beautiful duet “About You” has the band’s guitarist Adam Hann’s wife, Carly Holt, painfully trying to remember a dying romance. Only Healy’s tendency of reminding you of his popularity and the larger culture conflict he frequently appears eager to enter disturbs its pretty plucking shuffle.

Finding coolness in the uncool is what Being Funny in a Foreign Language revels in. The 1975 elevates what would at first seem like self-conscious genre parody by embracing the emotional resonance of soft-rock. By removing the majority of the band’s pretenses, the record finds truth in the seemingly unimportant.

Jack Antonoff was brought on board to produce the record.

Load more
Tags
The 1975
Ikedichim Chibundu Follow on Twitter October 17, 2022Last Updated: October 17, 2022
Check Also
Close
Load more
Back to top button
Close
We use cookies on our website to give you the most relevant experience by remembering your preferences and repeat visits. By clicking “Accept”, you consent to the use of ALL the cookies. In case of sale of your personal information, you may opt out by using the link .
Cookie settingsACCEPT
Manage consent